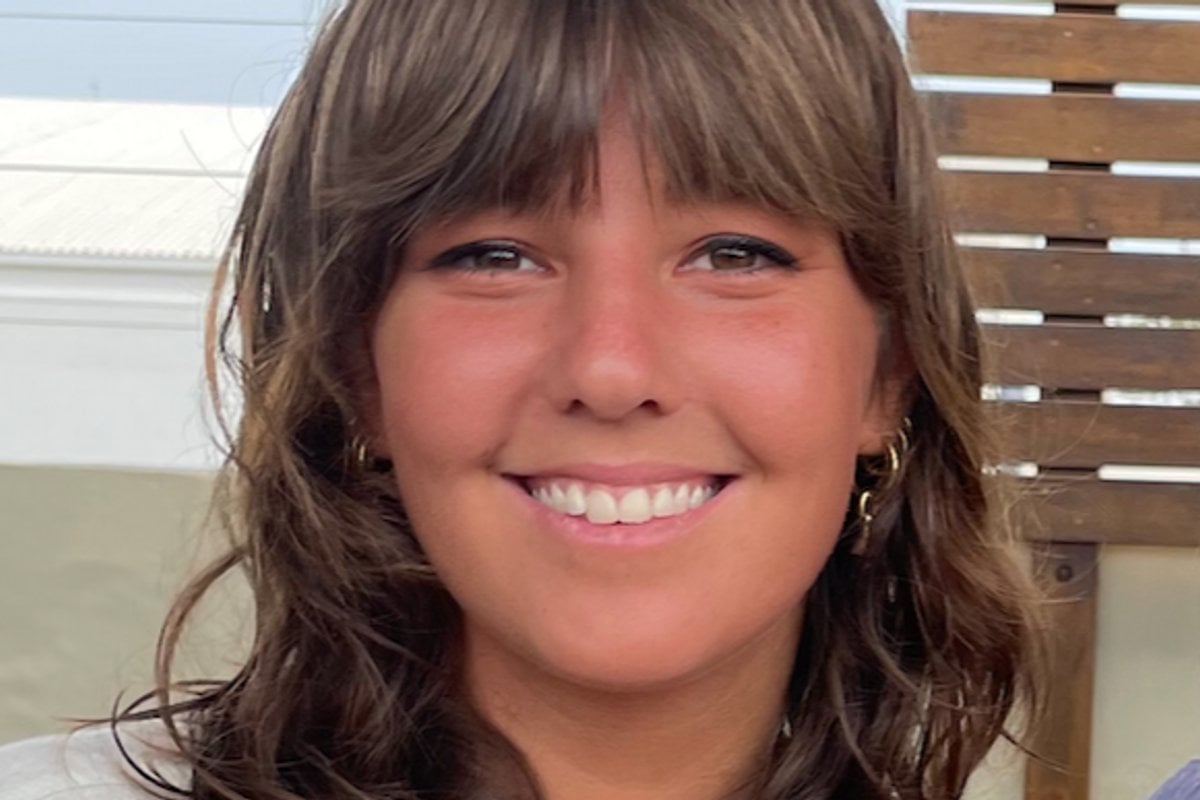 The topic of the 'gender humour gap' is one that I have recently spent (way too much) time thinking about in the spare moments I have alone and with friends.

I understand this idea is not new to us women. Indeed, the plight of the funny female has been discussed in media, research and opinion pieces since the day women, feminism and comedy intersected.

For my generation, in our early 20s now, this would seem to be the golden era for female comedy.

But the issue is often grossly underestimated. Humour is power, a sign of intelligence and confidence, and sexist cultural gender norms continue to play a huge part in the mainstream perception of 'funny'.

It all started from this one moment.

About a month ago, I was sitting in a group of mostly male friends. One of my guy friends had taken the stage to tell a story about a funny rumour he'd heard through the grapevine. Everyone was entranced, with all eyes and attentiveness on him.

In this moment, I recognised the anecdote.

I was someone who had actually witnessed the event, and, having successfully told this story in exchange for a few laughs to my girlfriends earlier, thought this could be my time to shine.

After all, I hadn’t proved myself as a worthy 'funny girl' yet.

Taking a leap, I interrupted slightly and began to tell the version that, in my head, was going to be better. Not only because I was there, but because I considered myself a pretty hilarious story teller.

As soon as I made this decision, I regretted it.

Immediately, I noticed the eyes and attention of the group falling away. And I was letting it get to me.

The story, once finished, barely received any acknowledgement.

I awkwardly sunk back into my chair and thought “but I was actually there?!” and “the punchline was perfect”, so frustrated with both myself and the situation.

Was it my fault for not being as engaging as I thought I could be?

Or was it a wider subconscious reaction from everyone in the room?

Why are dudes, as a whole, perceived as funnier than me?

The biggest issue I found was that this was not a new experience or feeling for me. It was a total déjà vu moment. And no, I do not have misogynistic male friends. In most senses of the word, they are feminists too. I just wanted to think a little deeper.

I read a 2019 article by the BBC titled, “Men are funnier than women, study claims”.

Despite the irritating headline, the article discussed the results of studies in which individuals were asked to rate humour.

Both genders were asked to write a funny caption to accompany a cartoon of sorts - and then independent judges rated their funniness without knowing the gender of the writer.

In a very generalised summary, a doctor said the results found that "to the best of our knowledge, on average, men appear to have higher humour production ability than women."

Being a woman in the professional comedy sphere is considered better than it was before, but is still mostly run for men, by men - a 'man's world', if you like.

Indeed, this year’s Melbourne Comedy Festival was still a majority all-male line-up, and I found myself dragged to the likes (or dislikes) of male comedians like Matt Stewart and Alex “Shooter” Williamson (I regret this one with my whole heart) by my guy friends.

The possibility of seeing a female comic was never even put fourth, and so, me, not being incredibly knowledgeable about stand-up comedy, took this as an opportunity to witness the big deal - Louis Theroux-style.

Not only did I sit there uncomfortable, bored and frankly disgusted, I thought more about the tropes considered funny by majority of the population that could only be espoused by guys.

In summary, "how hard it is to be a straight white male?" skits were unbelievably popular. Enough said.

This had me thinking more about the gender bias in humour happening constantly in my own life as a young woman in her early 20s who is surrounded by plenty of funny men and funny women.

It forced me to rethink the power dynamics in the relationships of my surroundings, and how that affected who and what was considered amusing.

In discussions with my female friends, I found my internal deliberations to be heavily supported by their experiences.

My girlfriends – the brightest, funniest and sharpest of humans – also felt their jokes or humorous remarks around men were "unconsidered", "underrated", "irrelevant" or plainly not even laughed at.

While they mutually appreciated the jokes made by male counterparts, even my most witty friends considered themselves completely side-lined in such conversations. Overall, we felt like mere spectators of the sport that is humour.

The way in which women are externally perceived and the ways in which they perceive themselves internally in society today, riddled with both subtle and extremely unsubtle patriarchal elements, completely factors into this issue.

One experience of a close friend, I’ll call her Rose, described seeing a video on Instagram of her boyfriend running around the streets at night completely naked - filmed by his mates on a "crazy night out".

She was so infuriated, and immediately messaged him to have it taken down.

"It’s embarrassing and shameful for me," she told him. "I would NEVER do that and you shouldn’t either. You look like an idiot."

His response: "Of course you wouldn't do that, you're a girl."

This story triggered the familiar recognition in me.

Hooligan-ish displays of humour are often seen in the behaviours of young men - being foolish, dangerous, reckless and, most importantly, stupid.

And, as we all know, this type of ridiculous behaviour is almost completely exclusive to the male gender. According to “male idiot theory” (MIT) many of the differences in risk seeking behaviour may be explained by the observation that men do these things for humour - a rite of passage, for male social esteem, or solely in exchange for “bragging rights”.

And why? Because men feel confident in themselves to receive admiration from their peers for idiotic male ilk. They are taught that almost any behaviour can be deemed acceptable.

As for women? The opposite.

In regards to the story about Rose, no she wouldn’t have done what her boyfriend did.

It would have been labelled crazy and embarrassing - not even to mention the sexualisation of the naked female body.

Women just don’t do those sorts of things casually.

Here we have the issue of how physicality affects funniness, and how these judgments inherently affect women more than men.

Research has proved that less attractive people are taken less seriously, on and off the comedic stage. The “attractive people don’t belong in comedy” issue is a more endemic gender problem than merely comparing Adam Sandler to Rose Byrne.

Female comedian Fran Lebowitz once said: "The cultural values are male; for a woman to say a man is funny is the equivalent of a man saying that a woman is pretty."

Humour is maybe the most highly rated quality that us women use to describe every successful date, suggested set up and male friendship. It's engrained in us to value this.

In a 2006 study, psychologists Eric Bressler and Sigal Balshine found that, when considering imaginary interactions with people of the opposite sex, women said they wanted men who could make them laugh.

Men said it was much more important that a woman enjoy his jokes.

Unlike men, women have no gendered, corresponding need to appeal to men in the form of humour. Our typical function, most valuable social currencies (I detest this phrase) and unfortunate destiny has been to appear pleasant and to be attractive.

While I despise that my argument supports the same superficial, looks-based theme of Hollywood comedy, how could this issue not affect women, who are taught to value appearances, in their everyday lives?

Strong-minded, feminist girls like myself do in fact still believe that they become threatening to men if they appear too witty, and are not appreciated even when they try.

I mean, we all know there’s evidence that men are less attracted to women who are smarter than they are.

I am ashamed to admit it, but I have too softened my loud personality and chattiness in the face of a guy I liked - played shy, dumb or simple for the sake of their ego.

Funniness is a skill deeply divided by a gendered bias.

No matter how hilarious we as women are, we are still only "funny for a girl".

Whether it’s executives with a bias against women trying out for comedy roles, or young males, even unconsciously, refusing to appreciate the wit and humour in the personality of their female friends – this issue is prevalent in every woman’s life.

In the beginning of this piece, I mentioned my latest discouraging experience – which honestly seriously affected my psyche. I do wonder how many women, consciously or subconsciously, are affected by this matter every day, and those who do not know why they naturally retreat from the limelight of conversations.

Female talent and humour is everywhere. It’s the opportunity for us to shine in these ways that are not.

Calling all home-cooks! Like a $50 gift voucher for your thoughts? For your chance, take our quick survey  .