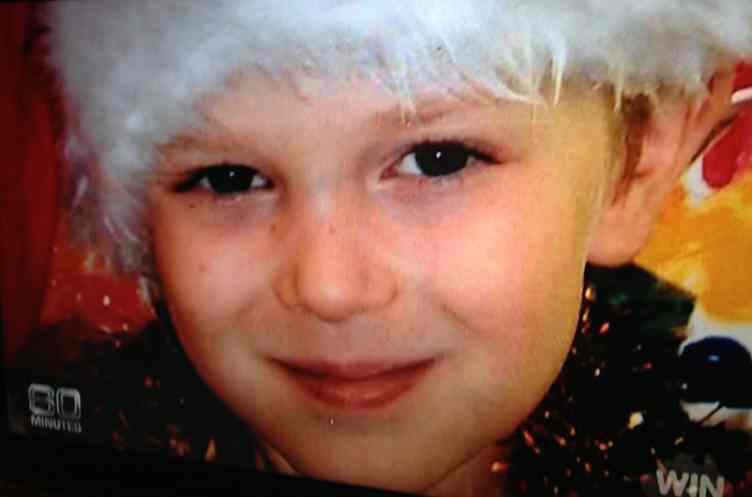 When Hannah was a toddler she spent hours playing with cars and trucks. While her friends played with dolls and dressed up in fairy wings little Hannah had no interest in playing along side them.

It was the boys she pretended to be.

While it’s not unusual for young children to want to play pretend, for Hannah, it went further than that. It was more than just pretend.

Hannah wanted to be a boy.

Fourteen years later there is no longer a Hannah – Hannah is Shane- a 16 year old who identifies as a boy – and has just been granted permission from the Family Court to undergo stage two gender reassignment.

A Family Court hearing last month heard evidence from his mother than he has never been a typical girl:

His behaviour was more than just being a tomboy.

For Shane high school was torment. Fairfax has reported that as Shane grew older the “increasingly rigid gender roles of primary and high school took their toll, transforming him from a carefree child to a troubled adolescent.”

He told the Family Court about the constant bullying and abuse he endured at school:

The other kids hated me, because I was different and didn’t want to fit in.

As a young teenager he was diagnosed by his doctors as suffering from Gender Dysphoria, a condition in which a person identifies with a different gender to the one they are born with. He was prescribed drugs to stop his periods and to slow the onset of female puberty.

The Nine Network’s A Current Affair has reported on a five-year-old boy stuck in a girl’s body. Little Skyler Burns was born as Seth Burns.

Just like in the case of Hannah, his parent’s first sign was the fact that he refused to play with boy’s toys. The writing on the wall came though when they found him curled up one day in the foetal position wailing after a family pet died.

“He told me from under the bed that he’d rather be dead like his pet in the garden than be a boy”, his parents told A Current Affair.

Little Seth is now Skyler. After months of  medical specialists Skyler was diagnosed with Gender Dysphoria.

She will have to take medication to block puberty when she is 11 and if she decides to carry on with her decision, Skyler will be given oestrogen and can have surgery.

His mother told A Current Affair:  “It’s hard to put a dress on your son and send him off into the world but in the end it’s her happiness”

Mamamia has reported on gender dysphoria before. Earlier this year nine-year old Emma’s parents told her story. Again a distressing tale of a boy, struggling with his identify and wishing he was actually a girl.

Her mother told a harrowing account of when Emma was only four-years-old. And her mum found her with a knife in her room – planning to cut off her penis.

Emma’s mother said: “She just didn’t want it there, she didn’t think it belonged there. She only ended up with a little scratch, thank God, but, yeah, if I hadn’t have walked in earlier I don’t know… I don’t know what would’ve happened.”

This intense hatred of the body they were born in is a constant theme all these children felt from a very young age.

For teenage Shane the next step is to induce male puberty so that inside and outside of his body can finally feel and look the same.

Last month Shane and his family went to the Family Court for permission to undergo stage two gender reassignment treatment.

Fairfax reports that further complicating the court decision was the fact that Shane has asperger’s syndrome. They report that this condition could limit his ability to understand the consequences of such a final step.

“They warned that without treatment the teenager was at risk of experiencing further severe psychological distress and social isolation exasperating his asperger’s and depression he is suffering from which has only recently gone into submission.”

The multiple doses of testosterone will cause his body to stop having periods, to put on muscle, to grow facial hair, acne, his voice will deepen and he will have a surge in his libido.

Unfortunately though for Shane there are side effects, including an increased risk of breast and uterine cancer, stroke and heart attack. There’s also a moderate to severe risk of severe liver dysfunction and temporary or permanent decreased fertility later in life.

All chances his family and Justice Peter Murphy are willing to take.

In his formal judgment on November 5th the Judge said:

“The evidence of Shane’s parents and the experts reveal that Shane’s aversion to “girly” things and desire to “be a boy” has been apparent since he was a toddler. On the evidence before me, it has never abated; Shane attends school as a male (he wears a binder to flatten his chest and a male school uniform) and is, on all accounts, completely committed to living his life as a male. He commenced Stage 1 treatment for his condition in August this year which has suppressed further female pubertal development and menstruation which has resulted in significant relief for Shane. The evidence is unequivocal in terms of the acceptance by Shane’s family of his condition and their support of his transition. Shane’s parents are plainly supportive of the treatment proposed for Shane. The proposed Stage 2 treatment is in Shane’s best interests.”

Do you know someone with Gender Disphoria?

Life can be incredibly difficult for transgender people, to the point that no-one would make that choice if there was any other option. I am just glad that there are more instances now of parents who are supportive of their kids and accept the path they have chosen.

I'm just glad to hear that the parents are supportive of these kids.