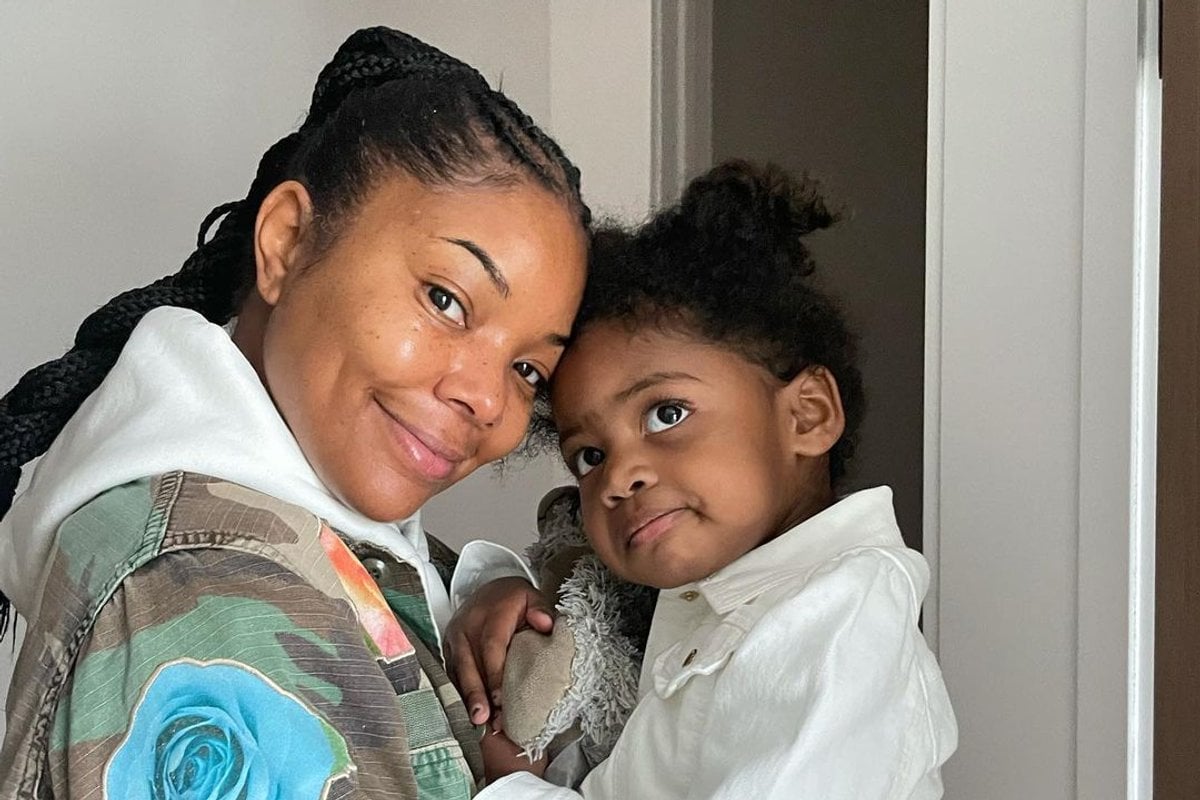 Gabrielle Union has lost count of how many miscarriages she’s had. Eight or nine, she thinks. She and NBA player Dwyane Wade have been together since 2008, and went through years of IVF in an attempt to have a baby.

What really devastated Union was that in 2013, Wade had a baby with another woman. In her new book, You Got Something Stronger?, she opened up about the experience.

Union, best known for movies like She’s All That and Bring It On, met Wade in 2007 at a Super Bowl party. Union had recently divorced her first husband, NFL player Chris Howard, while Wade was just beginning a messy divorce from his first wife Siohvaughn, the mother of his two children.

Wade had been crushing on Union since he was in college, when he used to have posters of her on his wall, but it took years for them to go public with their relationship.

Wade faced lawsuits from his first wife, including one alleging that the children received "medium size gifts" from Wade for Christmas the previous year, while Union got "the biggest gift of all".

Eventually, Wade was awarded sole custody of his children, and the lawsuits were dropped. Union took on the role of parent to Wade's children, Zaire and Zaya (who came out as a transgender girl at the age of 12), as well as Wade's nephew Dahveon, who he was also raising.

They formed a close family, with the kids telling Union at one point that she should be a stay-at-home mum.

"They had looked up how much their dad made and they thought that I should not work – I should just be at home like the other mums of their friends because 'Dad is rich and you should just stay home and we should be a normal family like everyone else,'" she told Gwyneth Paltrow's The Goop podcast.

In early 2013, things between Union and Wade got a little rocky. Wade told Jay Leno on The Tonight Show that he and Union took a break, mainly due to the demands of their careers.

"This was a big year for us and our relationship from the standpoint of she was shooting her show Being Mary Jane, going most of the year. I was dealing with my injuries, trying to win a championship, so we kinda took a step back."

That was when Wade conceived a child with another woman, Aja Metoyer. Metoyer already had two children with actor Damon Wayans Jr. She would go on to star in the reality series Basketball Wives.

Union wrote in her book that she and Wade were "not in a good place" when the baby was conceived. But then the two of them decided that they wanted to make their relationship work, and they got back together. Union decided that from then on, her filming schedule would have to "make sense" for the family.

For Wade, the hardest bit was yet to come. He had to tell Union that he'd got Metoyer pregnant.

"I couldn't sleep," he revealed in the documentary D. Wade: Life Unexpected. "I wasn't eating. When you hold something in that you know is going to come out and you have this information and you know it's gonna f–k somebody's life up, that you care about, that you love, if it don't hurt you, then you’re not human."

In her book, Union explained how she felt.

"To say I was devastated is to pick a word on a low shelf for convenience."

She said she hadn't had words to speak about the trauma previously, "and even after untold amounts of therapy I am not sure I have them now".

Xavier was born in late 2013. Wade always knew he would not be raising him.

"That's an ongoing thing that I'm going to have to deal with for the rest of my life, of how to be in his life."

Wade admitted it is a struggle to raise his son while he doesn't live under his roof.

"Xavier doesn't live with me, so we don't get to see each other every day like I do with my other kids," Wade explained in his memoir, Dwayne. "It makes things challenging at times, but it's my job to make sure he never has to carry that weight."

Just a month after Xavier's birth, Wade got the older kids to help him propose to Union by holding up signs reading "Will you marry us?"

The couple tried for a baby of their own.

"When Gab and I first got together, she didn't really want kids," Wade said. "But I think once we saw that we can parent together with my kids, we both felt like it would be cool to have one from scratch."

Years of IVF and miscarriages followed. Union was diagnosed with adenomyosis. Her doctor told her that her best chance for a healthy baby would be surrogacy. But she ignored her doctor, and went through another year of IVF. In her book, she said she wanted to go through the experience of pregnancy and she wanted it to be public.

"I would shake off the distrust society has for women who, for whatever reason – by choice or by nature – do not have babies," she wrote.

Union was told she would have a 30 per cent chance of having a baby if she took a drug called Lupron, but it could have intense side effects, similar to early menopause. Wade didn't want her to do it.

"We've lost too much in our relationship for me to be okay with encouraging you to do one more thing to your body and your soul," he told her.

She said to her, that felt like "an acknowledgement of failure".

"The experience of Dwyane having a baby so easily – while I was unable to – left my soul not just broken into pieces, but shattered into fine dust scattering in the wind."

Union eventually saw things Wade's way and started to investigate surrogacy. She arranged a meeting in her doctor's office with the woman she hoped would carry her child. The woman, Natalie, turned out to be a "cool-ass white girl" who recognised her instantly.

"This is such a trip," she said. "I have your book on hold at four different libraries."

Natalie got pregnant. Union and Wade choose a name, Kaavia James. Five months into the pregnancy, Wade had the name tattooed on his shoulders.

Kaavia was born via emergency caesarean in November 2018.

"Every route to parenthood is perfect, worthwhile and amazing," Union told Today in 2019.

Since becoming a mother, the actress admits the most challenging part for her is "missing the important events in your kids lives".

In a post to social media, Union wrote: "Today I missed @kaaviajames holiday program at school and felt so awful to disappoint her."

However, for her, being guilty is not an option.

In an essay she penned for Refinery 29 in 2020, Union shared she was absolving herself of mum guilt.

She went on to say: "I refuse to take on guilt. Because even when you succumb to all the guilt and stress, and you do everything that society tells you you're supposed to do to be a perfect mum, your kid might still get an F. Your son might display misogyny and toxic masculinity. Your daughter may be the absolute opposite of what society says is an acceptable woman.

"We're all built differently, and I have zero guilt about that," she said.