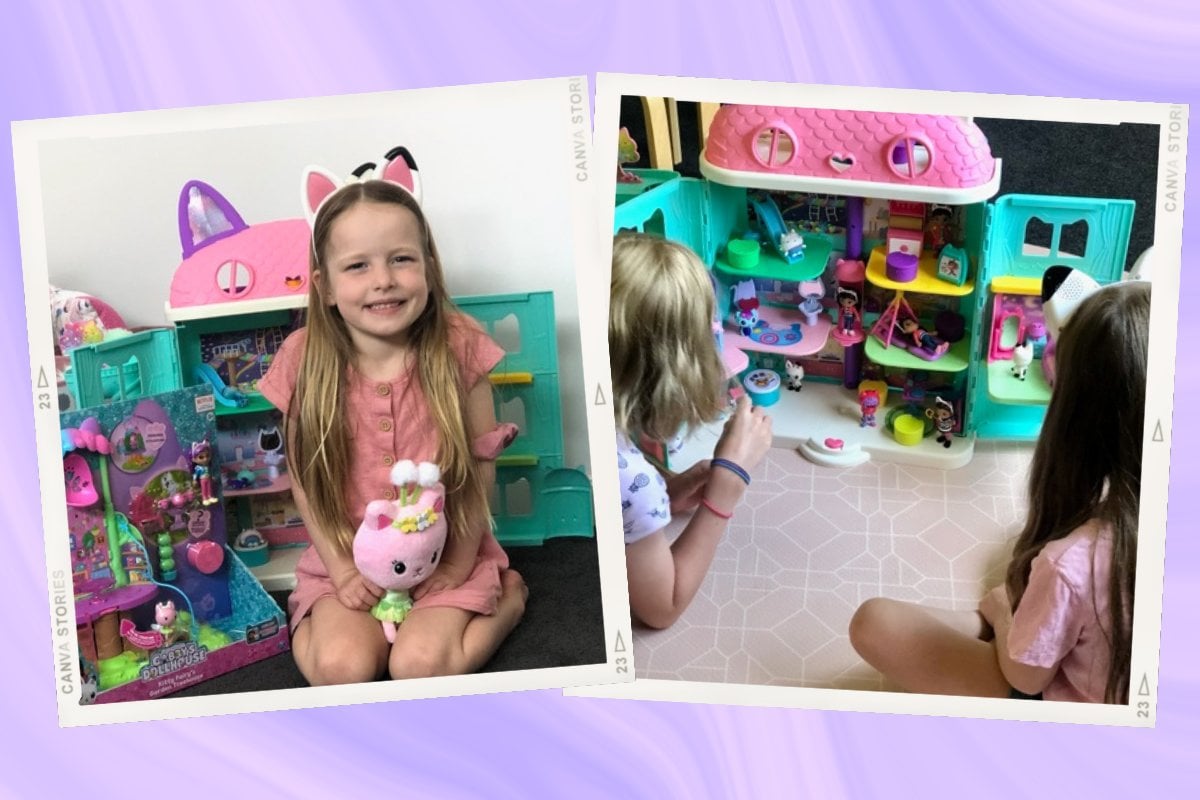 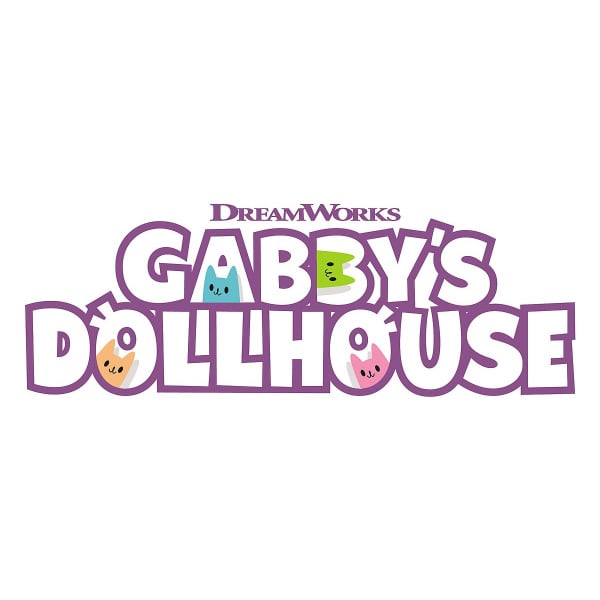 Thanks to our brand partner, Gabby's Dollhouse

“It’s time to get tiny,” has quickly become my 5-year-old’s favourite catchphrase, thanks to her current obsession with Gabby’s Dollhouse. She can’t get enough of Gabby’s joyous adventures inside the playhouse in her bedroom. And who could blame her? Gabby has A LOT of fun!

In case you're unfamiliar, here's the rundown: Gabby's Dollhouse is a preschool series from Netflix which follows the adventures of an imaginative girl who transforms into an animated version of herself to hang out with the kitty friends that live inside her dollhouse.

The show launched on Netflix in 2021, and for a child with a soft spot for felines, it was love at first sight. With Season 4 having just dropped, the Gabby's Dollhouse love is well and truly here to stay.

So when my daughter heard that Gabby's highly anticipated toy range (finally) launched in Australia, she nearly lost her mind — while she may only be a tiny human, she’s got some seriously strong vocal cords. 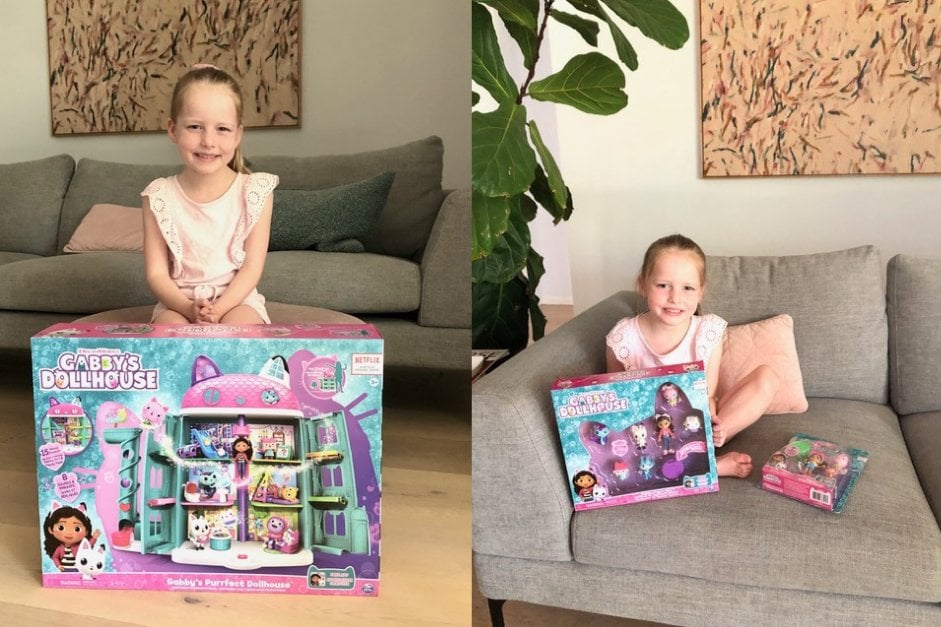 She couldn't wait to get her tiny hands on Gabby's Purrfect Dollhouse. And in the words of my daughter, it's absolutely “purrrr-fect”. And here's why:

With its cat-inspired shape and colourful details, it looks just like the one from the show. And at over 60cm tall, it’s the ultimate setting for her pretend play adventures!

Ever since receiving her own, Miss 5 has been immersed in Gabby’s Purrfect Dollhouse, which is packed with exciting features, including a Dollhouse Delivery tower. Just like in the show, she can drop a delivery in the tower and press the button to retrieve it. And then she gets the joy of unboxing it to find a surprise accessory inside!

You can also open the dollhouse and press the button on the front to hear songs, sounds and phrases from the show. And you know how much young kids just loooove to press buttons!

Sometimes my daughter watches an episode first and then acts out the storylines with her Dollhouse and accessories. Her 9-year-old sister joins in too, despite saying she is “too old” for the show. 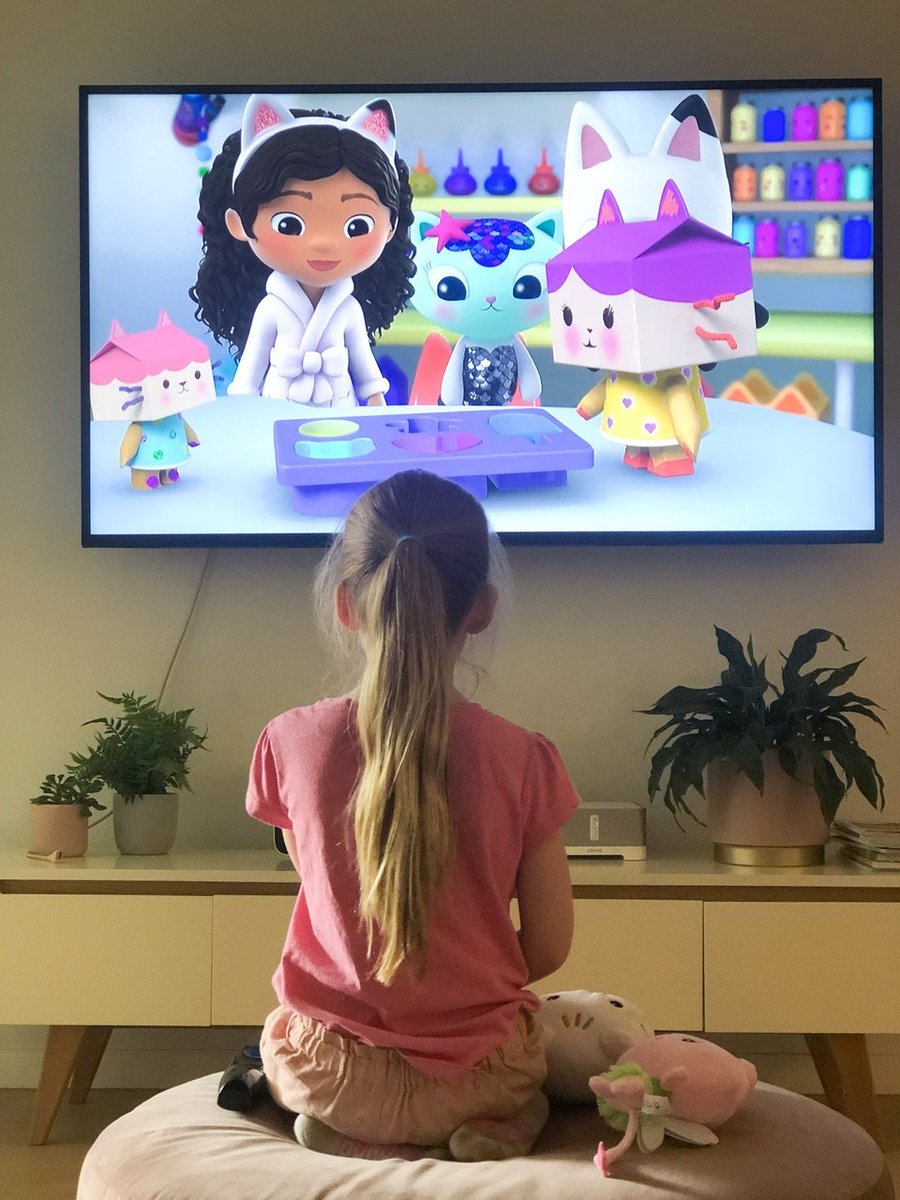 What I like about Gabby’s Dollhouse is that it encourages imagination. And Gabby is a good role model. She is kind, generous, smart, and loves exploring. It’s a creative show, packed with positivity and problem-solving examples.

The cute characters dabble in cooking, gardening, science, and crafting in engaging ways. And the songs are catchy... very catchy.

Alongside the dollhouse, my daughter has found a new love in channeling her inner-Gabby with her Magical Musical Ears. They're just like the ones that Gabby wears on the show and they feature lights and over 10 sounds, phrases and songs.

She enters ‘Meow Mode’ by pressing both ears at the same time for pulsating lights and cat-tastic meows! The Magical Musical Ears are the perfect accessory to bring the memorable shrink-me moment from the show to life. They are, alongside the Gabby's Dollhouse Gabby Girl, exclusive to Kmart. 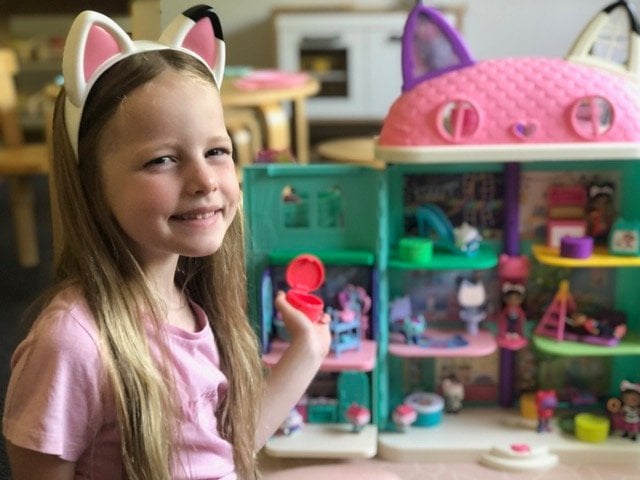 They are filled with fun surprises to explore, bringing the magical rooms from the show to life. Each Deluxe Room includes a collectible figure, three furniture pieces, one accessory, plus two Dollhouse Delivery boxes with two more surprise accessories.

There are also a variety of other playsets that are a great way to level-up the adventure. My girl's favourite? The Kitty Fairy’s Garden Treehouse Playset.

Inspired by the enchanted Cotton Candy Tree from the show, the Treehouse features lights, a transforming canopy, secret room, vine zipline, swing, figures, accessories, and furniture pieces to play out your adventures!

The fairy-themed furniture and accessories are adorable. Miss 5 has even asked me if we can get a “real life” swinging petal chair (ummm… sure, no problem).

It also features a ladder to reach the second floor, a dining table for garden tea parties, and a cat topiary that you can spin. But the ultimate fun is sliding Kitty Fairy down the vine zipline from the top floor to the ground floor. So now my girls want a zipline too! 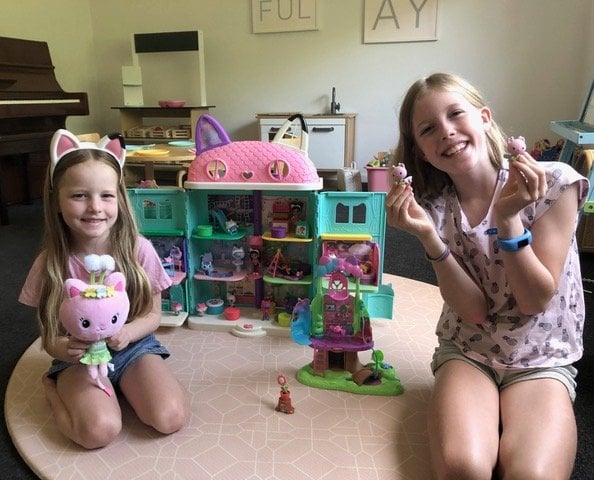 This dollhouse is the ultimate gift for kids aged three and up. For a very clever surprise, you can scan the QR code inside one of the Dollhouse Deliveries to unlock a special reward in the free Gabby’s Dollhouse App (available on iOS and Android).

But the best thing about it all? It's given me an extra 30 minutes of sleep. Now, instead of waking me up as soon as she opens her eyes, Gabby entertains her instead. And for that alone, Gabby is now officially my favourite person.

Put on your 'purrrr-fect' ears and join Gabby's adventure with the new Gabby's Dollhouse toy range. Experience the magic by shopping the range at Kmart and watch the show exclusively on Netflix.

With a little magic and a new surprise every day, DreamWorks Gabby's Dollhouse is filled with mini-worlds, irresistible kitty characters, and super fun adventures! Join Gabby as she unboxes a brand new surprise every episode, shares her excitement with her best stuffed animal pal, Pandy Paws, and takes everyone on the next great adventure. Season 4 just dropped and is now streaming on Netflix. More videos available on YouTube. Download the app on Android and Apple. Brand new toys available at Kmart.