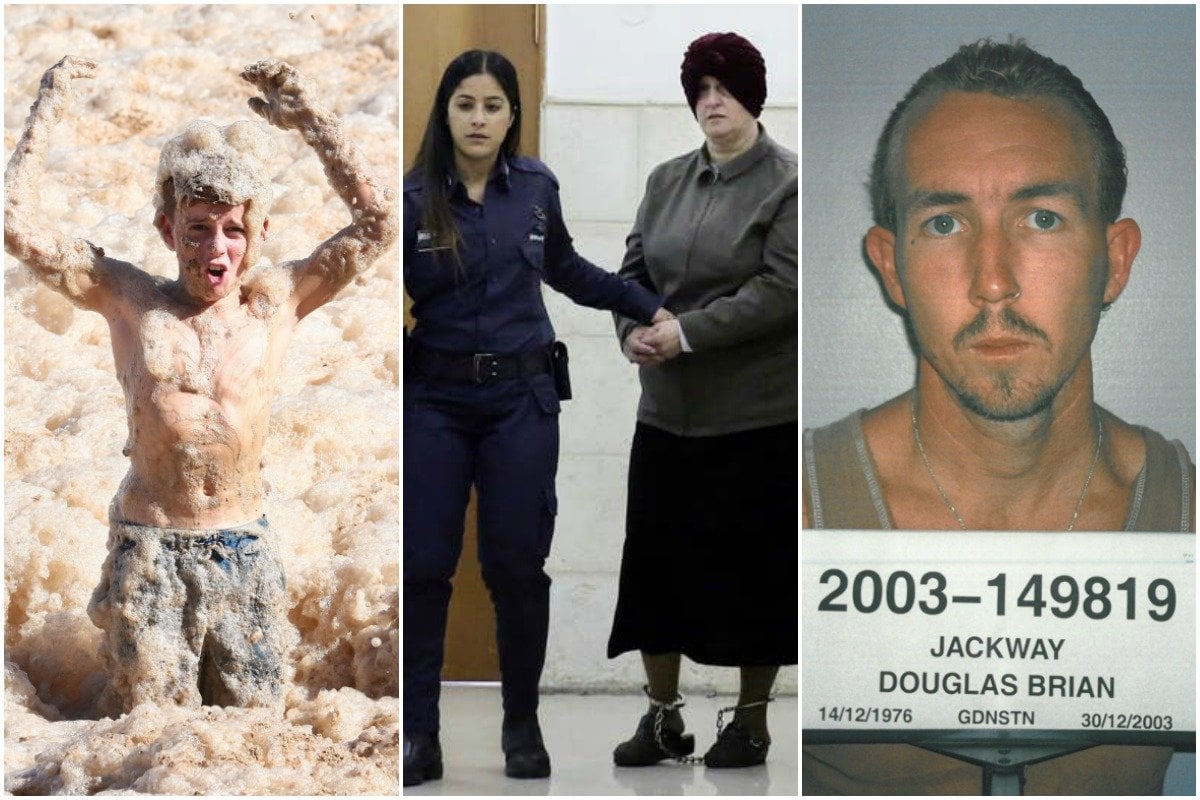 A severe weather warning is in place for heavy rainfall and abnormally high tides for towns along the Northern Rivers areas in northern New South Wales and the mid-north coast.

Authorities are warning of dangerous flooding even as the heaviest rainfall subsides after days of wild weather with multiple rivers in northern NSW continuing to rise on Tuesday evening. Rain that has already fallen will continue to drive floods higher on Wednesday, the Bureau of Meteorology warns.

NSW communities including Lismore, Taree, Scone, Mudgee, Dubbo, Walgett and Narrabri braced for heavy rainfall on Tuesday evening after the BOM issued a severe thunderstorm warning for a large part of the state.

An extreme weather system battering the country's south-east has cut a path of destruction, and it's not the end. #9Today pic.twitter.com/mhBeTS9ojw

The BOM issued flood warnings for much of the northern rivers and mid-north coast, including communities along the Richmond, Wilsons, Hastings, Orara, Macleay, Nambucca, Bellinger and Kalang Rivers.

The BOM said on Tuesday between 400 and 500 millimetres has been recorded in the northern rivers and on the mid-north coast in recent days. 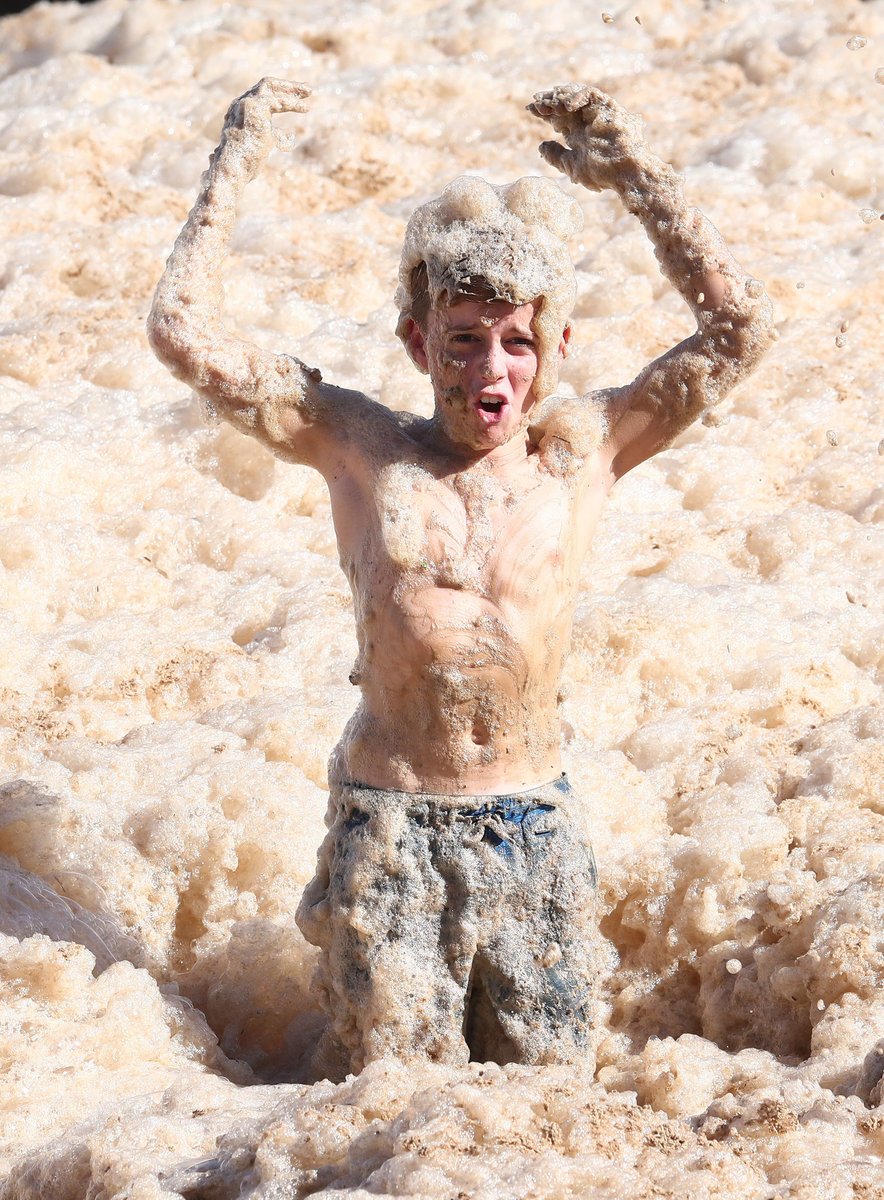 An evacuation order from the State Emergency Service remained in place on Tuesday evening from Condong to Tumbulgum and surrounds, with an evacuation warning still current around the Tweed River at South Murwillumbah.

On the Gold Coast the weather system also caused massive coastal erosion, with the surf club at Currumbin becoming an island.

The Israeli Supreme Court has rejected an appeal by alleged child sex offender Malka Leifer, clearing the way for her to be extradited to Australia.

Justice Minister Avi Nissenkorn will now need to sign off on her extradition before she is put on a plane to face a Victorian court.

Leifer is wanted in Australia for 74 charges of child rape and sexual abuse stemming from her time as principal at Melbourne's Orthodox Addas Israel School.

Mr Nissenkorn on Tuesday said he welcomed the Supreme Court ruling to reject the appeal heard on December 3.

"After many long and torturous years, the time has come to do justice to Leifer's victims. I intend to sign the extradition order without delay," Mr Nissenkorn said on Twitter.

The denied appeal follows 74 hearings in Israeli courts, which have been drawn out on the basis of Leifer claiming mental illness.

Leifer fled Australia to Israel in 2008 when the allegations arose, using a plane ticket allegedly paid for by the Addas School.

Victoria has now gone 46 days without a locally acquired case of COVID-19, while NSW has extended its streak to 11 days.

The success in stifling outbreaks over recent months means Australians will be able to visit family and friends across the country this Christmas.

South Australia now allows up to 50 people to gather in private homes, up from just 10 people in time for Christmas. #9Newshttps://t.co/U86h95hTqQ

It has given health authorities the luxury of being able to monitor the experiences of countries such as the UK and the United States as they rush out coronavirus vaccines in a desperate bid to reduce their rates of infections.

Prime Minister Scott Morrison is content to wait until early next year to roll out a vaccine and says Australia is one of only a handful of countries to have suppressed the virus.

"There won't be too many places around the world where Christmas will be as normal as it is in Australia this year," he told reporters on Tuesday.

Another $1b to help Australia's aged care.

The minister responsible for Australia's aged care system says his focus has switched from the pandemic response to transforming the sector, with the help of a $1 billion funding boost.

Most of the money - $850 million - will go towards creating a further 10,000 home care packages to allow older Australians to continue living at home with support.

Morrison likely to elevate aged care to cabinet, as government boosts its funding by $1 billion https://t.co/b04AX9Huwk via @ConversationEDU

The funding package will be outlined in the Morrison government's mid-year budget review that is expected to be released on Thursday.

Aged care has been a sore point for the federal government this year, with criticism of its handling of its pandemic response to stop the virus entering residential facilities and infecting Australia's vulnerable.

The majority of Australia's 908 coronavirus deaths have been in aged care facilities, mainly in Victoria.

Queensland pedophile Douglas Jackway to be released from prison.

Notorious pedophile Douglas Brian Jackway is set to be released from a Queensland prison after 25 years in custody.

The Supreme Court has ordered the release of Douglas Brian Jackway under strict conditions.

The 44-year-old has a lengthy criminal history that includes sexual offending against a girl and a boy in the 1990s.

He was also once a suspect in the 2003 murder of schoolboy Daniel Morcombe but was later ruled out as detectives shifted their focus to Brett Peter Cowan, who was eventually jailed for the crime.

Jackway will be required to wear a GPS tracker and live in the Wacol precinct when he is released on a community protection order.

The former deputy principal of a Sydney high school who sought a teenager online for "sexy play" will spend Christmas with his family after he was sprung by undercover detectives.

Damian Scott Wanstall walked free of Silverwater jail following eight days in custody after he was accused of online grooming and trying to pay a 14-year-old girl for sex.

Undercover officers engaged with the 47-year-old Kellyville High School deputy principal after he allegedly posted an online classified advertisement under the heading: "Any legal Indian or Filo teens want fun".

A former deputy principal at Kellyville High School has been granted strict conditional bail after being accused of online grooming and trying to pay a 14-year-old girl for sex. #7NEWS https://t.co/1rZfYxYUUf

Among several of his bail conditions, Wanstall is not to leave his mother's home without her during daylight hours only and is forbidden from accessing any device with internet capabilities.

He is next due in court in February.

Ghislaine Maxwell, the British socialite accused of helping procure girls for late financier Jeffrey Epstein to sexually abuse, has proclaimed her innocence and proposed a $US22.5 million ($A29.8 million) bail package.

In a bail application filed with the US District Court in Manhattan on Monday, Maxwell also disclosed she has been married since 2016 and her husband would post a $US22.5m bond, secured by their assets.

Most of the remaining bail would come from friends and family.

Husband of Ghislaine Maxwell and more than a dozen family members and friends have submitted letters to federal court in support of effort to obtain pretrial release for the accused co-conspirator of late sex-offender Jeffrey Epstein, court documents show. https://t.co/wohgKDe2jo

The filing also said Maxwell "vehemently maintains her innocence" and is not a flight risk, despite media that have "ruthlessly vilified her and prejudged her guilt" in more articles than comedian Bill Cosby and movie producer Harvey Weinstein got after their arrests.

"Ms Maxwell wants to stay in New York and have her day in court so that she can clear her name and return to her family," the filing said.

A spokesman for Acting Attorney Audrey Strauss in Manhattan declined to comment.

She is scheduled to stand trial from July 2021. The charges carry up to 35 years in prison.

- The Duke and Duchess of Sussex, aka, Harry and Meghan, are set to launch a podcast on Spotify called 'Archwell Audio', the Swedish company says.

- Joe Biden and Kamala Harris will be sworn into office on January 20 in a largely virtual event.

- A second COVID-19 vaccine could be given the green light for emergency use in the US within days.

- Television personality Sharon Osbourne has revealed that she was hospitalised after testing positive for coronavirus.

- A Japanese man has been sentenced to death for killing and dismembering nine people he approached on Twitter, where he went by the name Hangman.