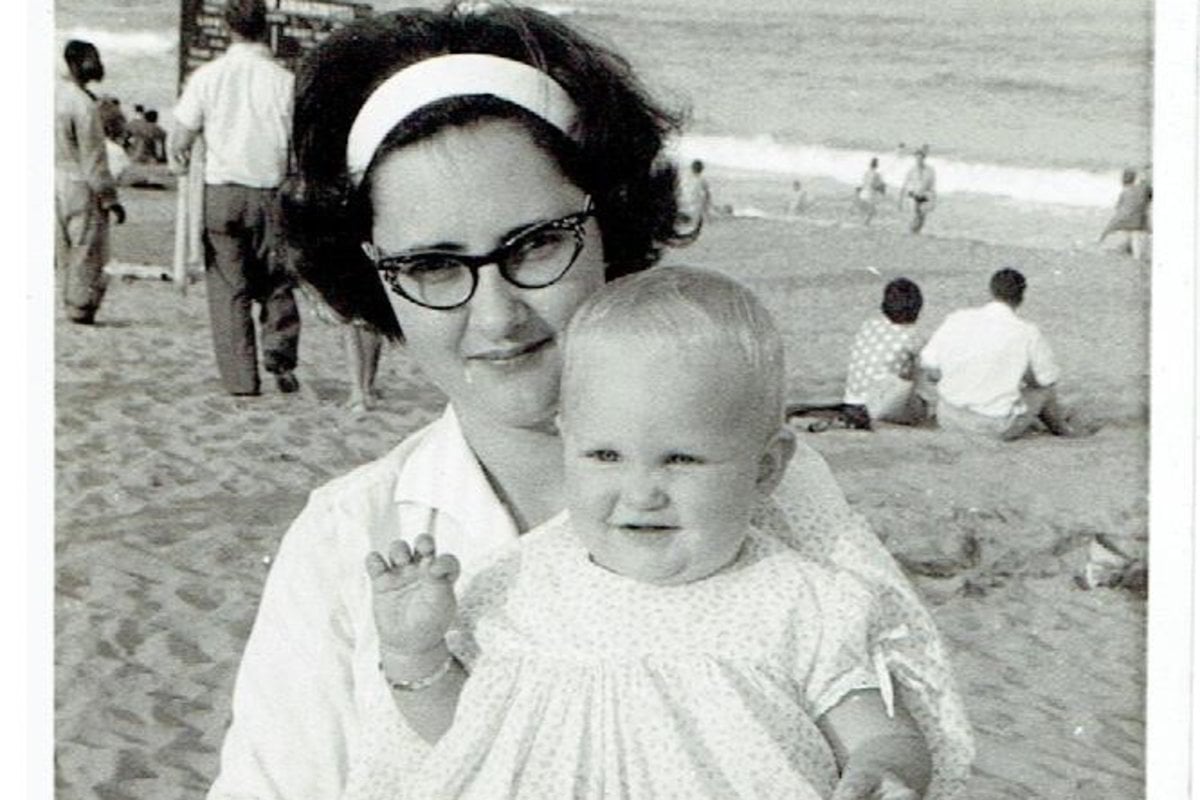 Her parents had tried for more than five years to have a baby, before visiting fertility expert Dr Walker - known for his 'miracle babies' - who helped them conceive not just Fiona, but her younger brother and sister as well.

The family became close to Dr Walker and his wife Molly until their deaths, just a month apart, when Fiona was 16.

For decades, Fiona held onto the photographs, letters and war medals of her godfather. She even had his first-ever driver's license, which he'd gifted her because she liked the photo.

In 2014, clinical psychologist Fiona was at work when a number of colleagues began to joke about how some children look nothing like their fathers, before the conversation turned to genetics and eye colour.

She - blonde and blue-eyed - had a niggling thought. How likely would it be for two dark-eyed parents to have a blue-eyed baby? How likely to have a green-eyed baby, like her younger sister?

She Googled the possibilities, all the while imagining Dr Walker's blue eyes. 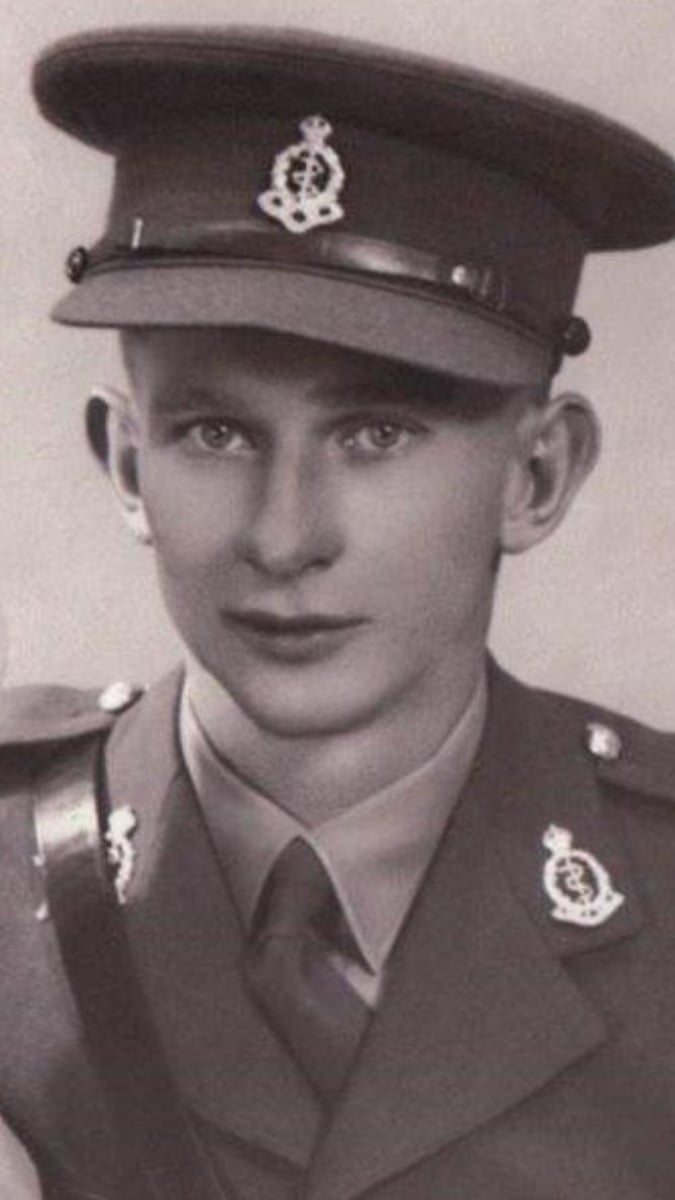 Later that night, Fiona was searching her godfather's books on Amazon when she came across an unusual review.

"Dr Walker was my biological father and sperm donor," it read, and the commenter was trying to find out further information about him.

Fiona, curious, emailed the reviewer, Anne: She explained how she had letters and photographs, and she'd be willing to share them.

Through back-and-forth she'd discovered Dr Walker had assisted more than 100 families by using his own sperm.

By this point, Fiona was almost certain she was the result of this.

"When I fished out his letters, I found a driver’s license of his that he had given me from when he was 16. And I showed it to my husband and said, 'Who does this look like?' and he just laughed, because it looks exactly like our youngest daughter," Fiona said on SBS Insight.

"I went and had a chat to my mum and I said, 'Look, something's going on here and I'd like you to tell me the truth.'"

Fiona, then 53, asked her mother if Dr Walker was the donor, but her mother couldn't give her a straight answer. 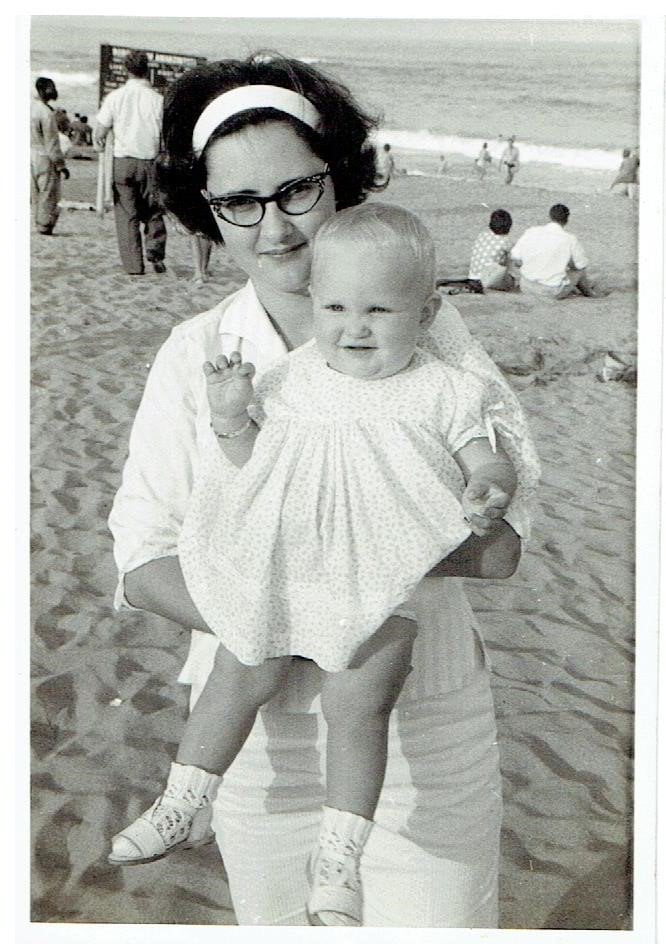 Fiona and her mother. Image: Supplied.

She told Insight she was devastated.

"It made a lot of sense, but at the same time I was really angry that I'd been lied to. It was a bit of a rollercoaster, I'd be thinking it was pretty cool one moment and then pretty horrible the next moment. It's been like that ever since," she said.

In an article for The Guardian, Fiona wrote she began to look at herself differently.

"When I looked in a mirror my face looked different - I found myself looking for Tony's features and finding them in the faces of my children," she wrote.

Confirmation the Dr Walker was her biological father came three years ago, when Fiona's daughter took a 23andMe DNA test.

"When the results came out, she had matched with lots and lots of people and she didn’t have a clue who they were. It just so happened that one of my donor (half) siblings had given his entire family ancestry tests for Christmas that year, and we all matched at the same time," Fiona explained.

She said the confirmation was "like losing my own father who raised me all over again".

"You experience the same grief and loss, because you're no longer connected to the person who you thought you were connected and then find out you're connected to all these new people who you've got to start building relationships with. It's quite tumultuous. It's a very difficult path." 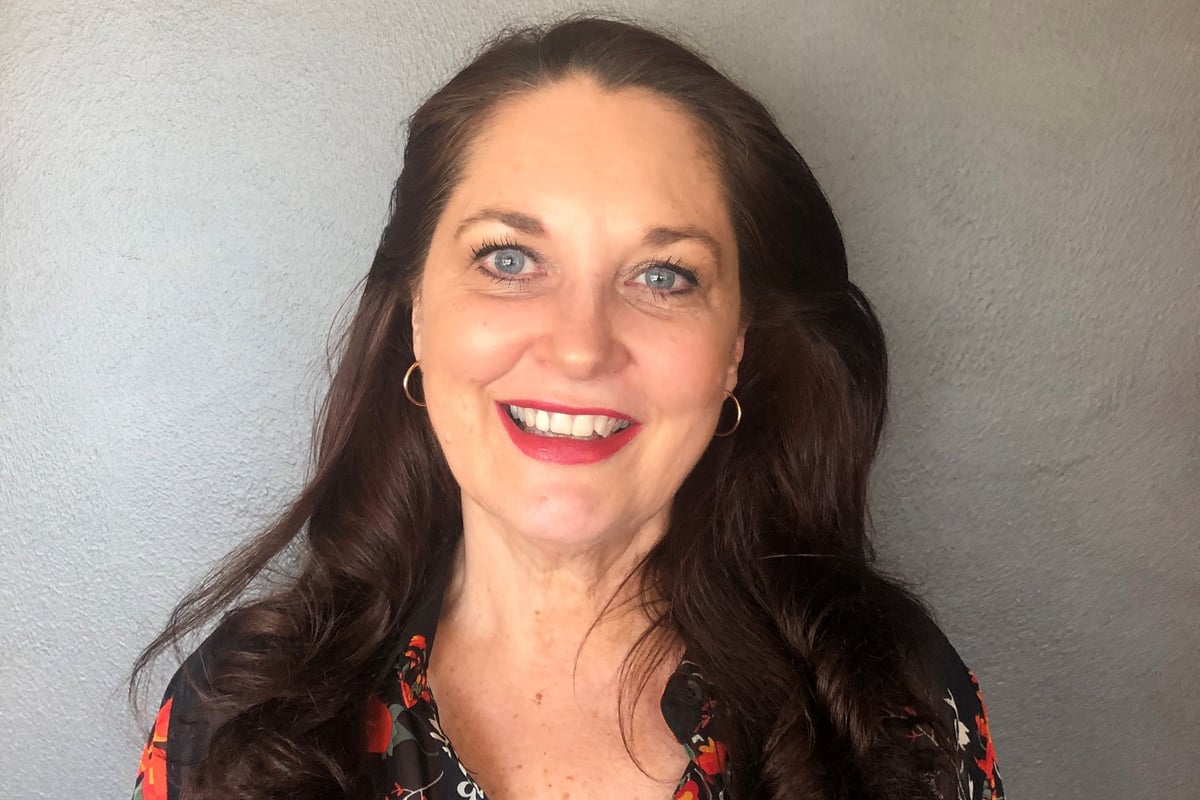 After a flurry of emails and conversations with a number of half siblings, Fiona found herself with a much larger family.

They were able to speak to one of the clinic staff who worked with Dr Walker, who confirmed that Fiona was not the first.

"My youngest most recently discovered (half) brother is 14 years younger than me, so he must have done it for at least 15 years perhaps longer," Fiona said.

With that information, Fiona estimates having about 200-300 half-siblings.

The siblings she has identified are in the United States, Ireland, New Zealand, the UK, Australia and South Africa where Fiona was raised.

She said so far, none of the siblings she'd met had known about Dr Walker. All their parents had been told the same thing: That a medical student's sperm had been used.

"I understand that at that time they had no idea that DNA was going to be so popular and it would be so easy to track down your family tree," she said.

"I don't think they actually gave enough thought to what it meant to severing those relationships and how important it would be for the people who were conceived that way to be able to know who they were and where they come from, who their families are and what their heritage is."

Fiona wrote for The Guardian that she is at peace with her situation, but feels anger towards "the fertility industry and towards recipient parents who continue to use anonymous donors, despite knowing the repercussions for their offspring".

"On the upside, one of our new paternal cousins has added the donor siblings to the Walker family tree on Ancestry and there have been meetups in person, by video and via a family chat group.

"We are in constant contact and are enjoying getting to know one another, along with our extended families. We look forward to meeting the rest of our brothers and sisters one day.

"Now I see myself as lucky to have had two wonderful dads."

You can hear more from Fiona and others with DNA Secrets on SBS On Demand.