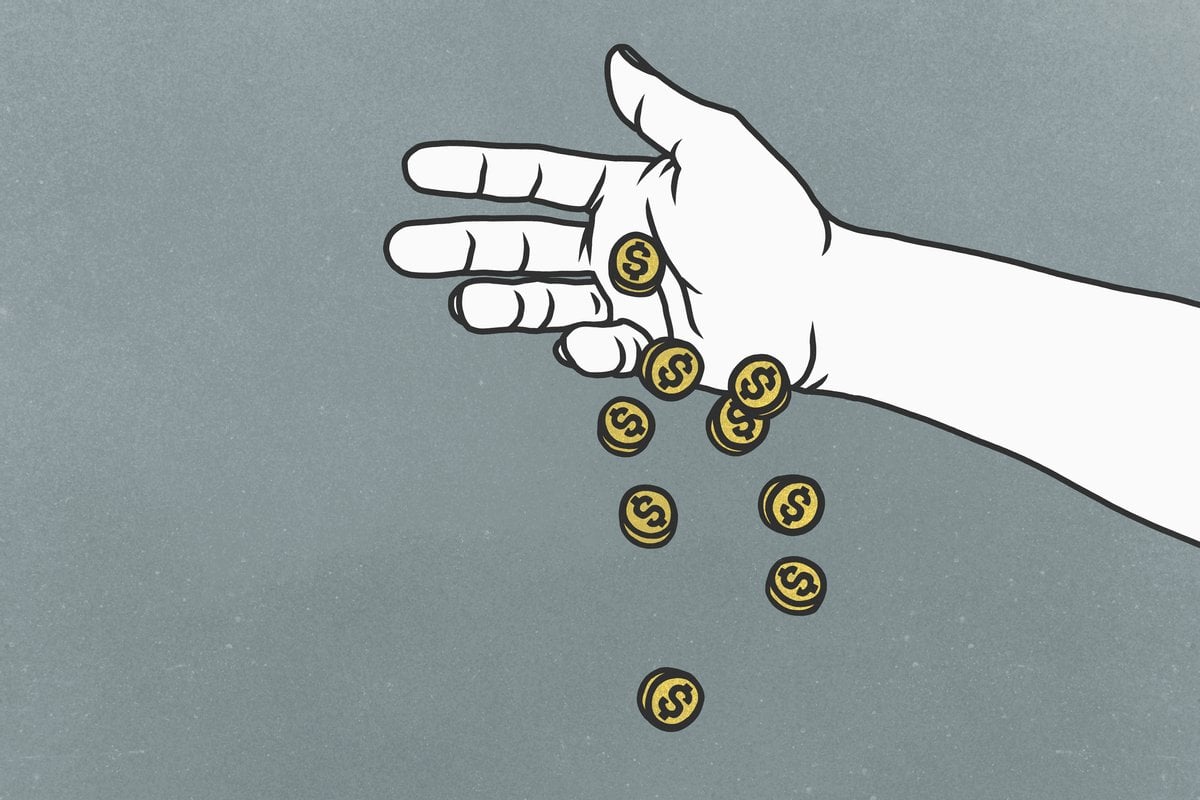 Women in Australia can vote, work and are generally considered equal to men in most ways. But, unfortunately, gender equality still hasn’t reached the world of money.

It’s a hard but important lesson and one I’m teaching my teenage daughters before they enter the workforce. In particular, I’m teaching them these five facts:

Watch: 5 money lessons your parents told you, that you should probably forget. Post continues below.

I’m not saying they’ll definitely suffer the fallout of gender financial inequality, but let’s face it, as girls, the odds are not in their favour.

Let me unpack the realities of each of these facts, and what I’m teaching my daughters about how to improve their odds and even up the scales when it comes to money.

As it stands today, the gender pay gap between men and women working full time in Australia is $261.50 a week, which equates to 14.2 per cent.

This isn’t about men and women with the same skills and experience doing the same job being paid differently; thankfully that’s illegal in Australia.

Instead, it’s about the type of work men and women do (so-called pink and blue jobs) and the way society values and rewards these jobs economically.

And it’s about self-esteem, self-belief and the way women hold back, rather than push forward for a pay rise or promotion.

When a woman takes 18 weeks of Government-funded maternity leave in Australia, she’s paid at the minimum wage, not at a rate that reflects what she was earning in the workforce prior to her pregnancy.

And she isn’t paid any super during this time.

If she wants to take longer than 18 weeks, she’s not paid by the government at all.

If she chooses to return to work part-time in order to spend more time with her kids, not only will she earn less money, she’ll receive less super, and if she doesn’t earn more than $450 a month before tax she won’t be paid any super at all.

In addition, it’s unlikely she’ll advance as fast in her career and will miss out on the kinds of pay rises and promotions that typically fall to full-time employees.

3. They’re at risk of becoming victims of financial abuse.

Women are roughly twice as likely to be victims of financial abuse than men, often at the hands of an intimate male partner.

And they’ll be more susceptible to this type of abuse, which is usually more about control than it is about dollars and cents, if they don’t understand or take an interest in their money.

Financial control or abuse can be one of the first signs that a relationship could become physically abusive, with 99 per cent of women who’ve sought help for physical abuse also reporting being victims of financial abuse.

4. They’ll probably retire with less money than a man.

This is due to employer-paid super being calculated based on a percentage of your salary, and thanks to the impact of the gender pay gap, and taking time out of work to have or raise kids, women earn less money through their working lives than men.

This also gives them less money to use to top up their super themselves, or put into other investments they might rely on in retirement.

Between the 2011 and 2016 Census, the number of Australian women aged over 55 who became homeless, or were at risk of homelessness, grew by 30 per cent. Financial disparities are a key driver behind this trend.

5. All of these things are more likely to happen if they don’t take an interest in their money.

Financial literacy also has its own gender divide in Australia, with 63 per cent of men considered financially literate, compared to 48 per cent (or less than half) of women.

It follows that if women don’t understand money, they can’t begin to address the gender disparities that accompany it.

Learning how to budget and save, the distinction between good debt and bad debt, and how investments and super work can go a long way towards arming women with the tools they need to protect themselves against gendered financial inequality at an individual level.

And if enough of us learn about them, to demand the change required to level the playing field for all women at a systemic level.

For my daughters, and all Australian women, my overarching message is that when it comes to money, knowledge is power.

Michelle Bowes is a finance journalist specialising in women and money. Her personal finance book full of the tips and tools teenage girls need to rule their money will be published by Affirm Press in 2022. You can follow her on Instagram  @money.queens.au.