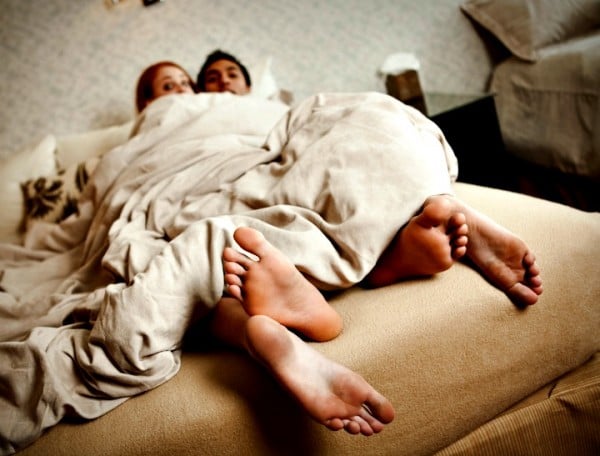 Being cheated on is horrible under any circumstances – but if your partner cheats on you with someone close to you, it’s almost unbearable.

That’s the situation a 26-year-old US woman has found herself in recently, after she discovered that Jake, her 28-year-old fiancé, had slept with her emotionally unstable sister Sara.

And the icing on the cake? Her mother knew the whole time, but didn’t tell her.

The woman, known only as brokenheartedsister, has told her sad story on Reddit and had pleaded for help in moving on.

She wrote, "I asked my mum if she knew the details. She was reluctant to tell me anything, stating that it had happened and that was all I needed to know. But I told her I refused to step foot in the house until I knew everything. She then proceeded to tell me that a few months before they slept together, Sara and Jake had kissed at my dad's 60th birthday party. It was a large family gathering with a lot of alcohol involved. I remember Jake getting very drunk with my cousins. Sara had a crying tantrum prior to arriving...

"At some point during the night, Jake asked her if she was okay and hugged her, and once again "one thing led to another" and they shared a kiss in the kitchen. Sara told my mum that they were both immediately remorseful and vowed never to speak of it again, but Sara deliberately sought him out the night they slept together knowing he was unlikely to turn her down. She openly admitted she did it to get back at [her ex] Harry, who had cheated on her during one of their many infamous breaks. I don't think I even entered her thoughts."

But it gets even worse.

"We'd spoken on the phone for over four hours and I felt mentally drained and physically sick. Any hope I had of salvaging my relationship with Jake has completely gone. I feel the last 3 years have been tainted by their betrayal, and the many years before that I wonder: did he like Sara this whole time? Part of me doesn't even want to know," she wrote.

"It's worth noting he has made absolutely no attempt to contact me other than a single TEXT stating "I'm sorry. Take as long as you need". As if it's inevitable I will come back to him.

"Things are still up in the air. I don't feel ready to check out of the hotel as I don't know where I'm going to go next. I feel my relationship with my mum has been rocked by these revelations. I don't know what's going to become of Sara. I have no idea what I'm going to do about me and Jake's flat, where I'm going to live. I don't even know if I have a job anymore. I just haven't showed up to work. But I know the truth and the smallest part of me is grateful for that. The rest of me is consumed by a pain I never imagined possible."

WATCH to see how to rebuild a relationship after an affair. Post continues after video...

Reddit users were quick to offer words of support.

qsteak wrote, "Take things one step at a time. Start by telling your boss at work why you won't be coming in for a few days. Second, Call a good friend to come over and stay with you. You need to have someone to talk things through with. Third, have a look at your finances and figure out what your housing options might be, start making plans for yourself. Leave all those crappy people behind until you have figure out what you want."

SandDollarBlues simply said, "I just have no words. What your sister and your fiancé did was beyond cruel."

It's a horrendous situation - and we hope the woman finds the strength she needs to move on, and cut her toxic fiancé, sister and mother out of her life.

Have you ever dealt with infidelity? How did you cope?