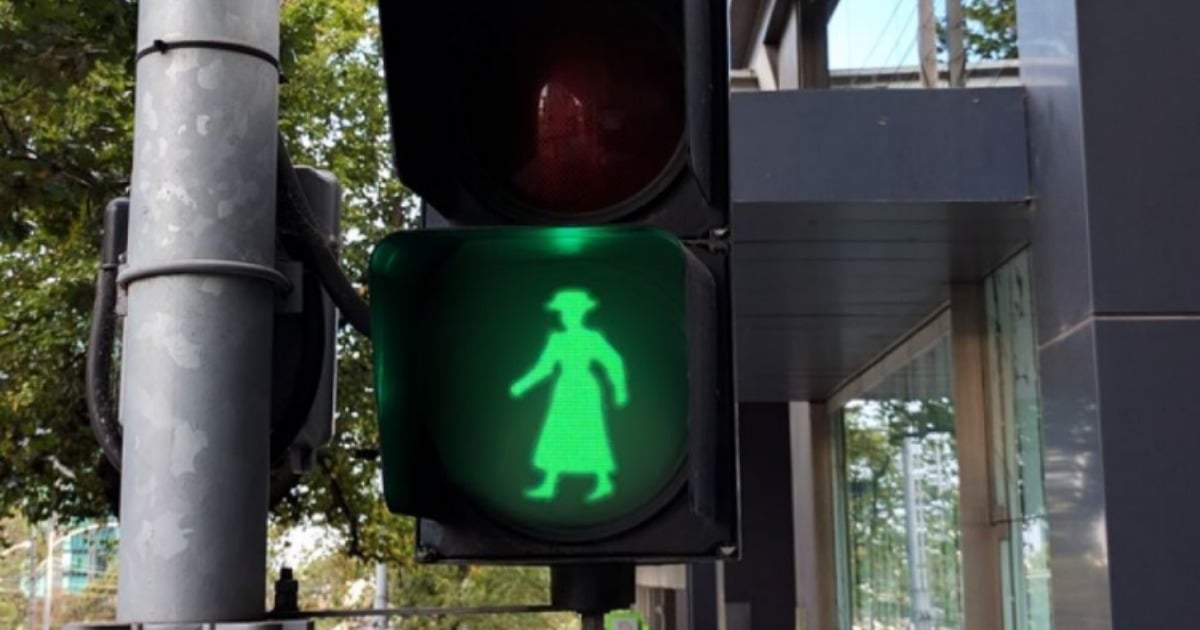 Pedestrian traffic lights depicting female figures will be installed in Melbourne’s CBD today as a part of a lobby group’s push for gender equality.

Ten female pedestrian figures will be installed on traffic lights at the intersection of Swanston and Flinders streets as part of a VicRoads-approved 12-month trial.

The Committee for Melbourne — a non-profit organisation comprising more than 120 Melbourne business and community groups — is behind the move.

Chief executive Martine Letts said having only green or red silhouettes of men discriminated against women.

Ms Letts said the group wanted to see female and male representation on all pedestrian crossings.

“The aim is to move towards one-to-one male and female representation across the state of Victoria.”

It costs an average of $8,400 to change six traffic lights.

Ms Letts said some people had questioned the move, but said the program was backed by Victorian Governor Linda Dessau.

“Some people have expressed a little scepticism wondering whether it’s gesture politics rather than having any real substance,” she said.

“But these symbols are a practical and meaningful way to demonstrate that in fact 50 per cent of our population is female and should therefore also be represented at traffic lights.”

A Pandemic And A Lockdown: What's It Doing To Our Kids?

Madeleine West Has Found Her Voice

The program has been funded by the Committee for Melbourne and Bayswater company Camlex Electrical.

Last year the City of Yarra paid tribute to Victoria’s first female councillor, Mary Rogers, by placing her silhouette in a pedestrian crossing at a major intersection in Richmond.

chris a year ago

The only people here with unconscious bias are the ones who see a stick figure as a symbol of gender inequality. And it’s a bit ironic that you had to put a dress on it for it to be identifiable as a woman. This is hilarious.

chris a year ago

Hahaha! Good lord this is funny. So, since the traffic light of a stick figure wasn’t wearing a dress it was a man? If you’re so wrapped up in post-modernist labels and gender obsession that a traffic signal has become a symbol of gender inequality then your problems are much deeper than traffic signals