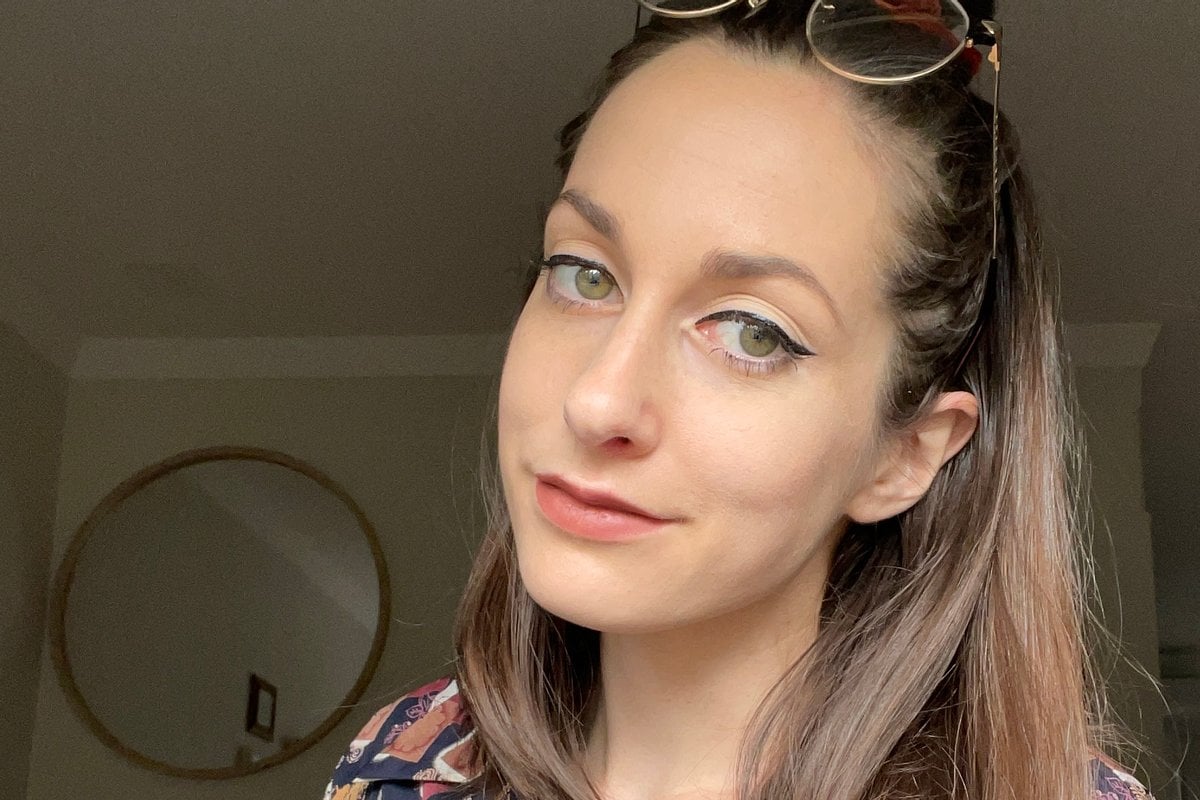 I’ll say one thing about us humans – we sure do love to advocate for binaries. You are one thing, the world says, or you are another. There’s never much room for a grey area. It’s the type of thinking that gives life to transphobia, racism, sexism.

And there are other ways it damages us.

Or, society says, if women don’t do this, if they eschew this way of life, then they’re obviously career women. All they want to do is advance in whatever industry their job is in. They want to become CEOs. They’re too busy to have children because their life is dedicated to work.

So, there we have our binary – you are a career woman or you are a mother.

But what if you’re neither?

I am in my thirties and I have never been a particularly maternal person. There’s a scene in How I Met Your Mother where the child-free character Robin (who is, by the way, typecast as a career woman) holds her hand out to a baby to smell and someone reprimands her, ‘that’s for dogs, not babies!’

That more or less sums up how I interact with these tiny humans.

I have always maintained I don’t want to have a child. I’ve always been told I’d change my mind. As I’m getting older, I get that less. But now I get that look – that look that says, “okay… but why?”

Because here’s the thing.

In the interest of full disclosure and to put it plainly; I still don’t know what I want to be when I grow up.

I change my mind seemingly yearly. I’m tentatively set on one particular path right now, but already the doubts are creeping in, and the yearning to pursue something else.

I’m not particularly business savvy, so I do know that whatever job I do settle in long term, it’s not with wild aspirations to be CEO or devote long hours to sitting in front of a computer sending emails and landing clients.

To the outside world then, it seems strange. “She doesn’t want kids,” people think, “but she also doesn’t want a big career? Then what is her reason?”

The reason, I get the feeling a lot of people settle on, is that I’m selfish. More selfish even than the woman who dedicates her life to a career over children because, at least she has a solid reason, another “baby” to consume her entire being. Me? I just don’t want kids because I, well, don’t want kids.

The idea that this is enough of a reason, that this is all the explanation that someone needs, is something that society is still grappling with. There’s this sense, beyond the idea of selfishness, that if I’m not dedicating my life to something, then I must be empty. After all, what fills the void left by children if not work?

In fear of opening myself up to terrible sexual innuendos, what if I… fill my own void? Okay, okay, snickering aside, what I mean is – what if I think I’m enough?

I write this in defence of the idea that we need to exist in the binary of either one or the other. I write this to say that women can be content existing in life without devoting their time and energy to work or to a child. We are not aimless or lost if we don’t have either.

I get bogged down sometimes worrying that I don’t have some amazing career to show for my years on this planet. But I think we need to be content with having an amazing life to show for our years alive, and that this term “amazing” is purely subjective and open to be interpreted as whatever we want it to be.

Humans are complex and multifaceted beings, and the idea that we can be reduced to rigid categories without allowing for the vast intricacies of the world and the ever-changing ideas of relationships and families that exist within it is ridiculous.

There were once fixed ideas of the things we should take pride in having in life – family, a career, a house. We can still take pride in these things, yes, but we can simultaneously acknowledge that the scope of prideful things has now widened to accommodate a changing society.

My hope is that we come to realise that in order for a woman to not want kids, they don’t have to then substitute it with a career. It isn’t a binary of “one or the other.”

I mean, beyond my experience of wanting neither, there are people who have and want both. But while I’ve seen articles addressing the concept of having both, I’ve rarely seen ones embracing having neither.

It doesn’t make us lazy, or selfish, or lost, or aimless.

Maybe we have found contentment in travel, or in self-improvement, or just, like I said, in ourselves. Whatever it is, to be honest, we don’t owe anyone else a reason or explanation.

Let’s embrace all those grey areas.

Shaeden Berry has a Bachelor’s Degree in Literature and Creative Writing. She is a 30-something year old millennial, reader, writer and accidental killer of plants. You can find her on Instagram @berrywellthanks

D
draculasgirlfriend a month ago

Reply
Upvote
You're what they would have called a man a "confirmed bachelor".
M
mamamia-user-482898552 a month ago