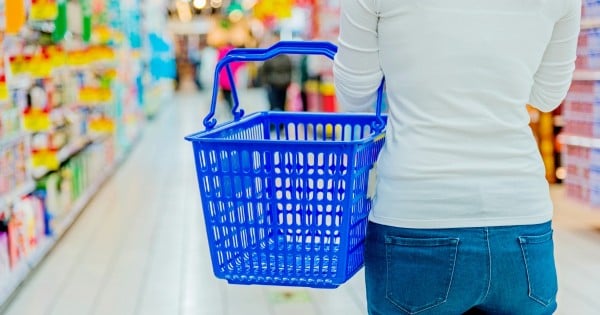 In our social media reliant society, it seems a new customer complaint goes viral every day.

‘My milk was off’. ‘The bread was stale’. ‘The gentleman at the deli counter didn’t smile at me’.

No matter what the grievance we’re becoming increasingly quick to share it online.

It’s not very often an individual will reach out to a company and just say, ‘Hey, thanks for all you do’. But that’s exactly what Abi Jones from Brisbane did.

While scrolling through her Facebook feed this week, Jones happened upon a customer complaint directed at supermarket chain, Woolworths. This particular complaint, nestled among several other negative comments, was regarding some fruit that was apparently rotten on the inside. Ms Jones didn’t think this was a particularly fair complaint. If it looked okay on the outside, how were the employees to know?

“As a customer I understand you cannot see inside a fruit to see if it is bad,” she posted. “I also understand you buy goods from your suppliers and in turn you get the criticism if something is wrong with it.”

Jones decided to defend Woolies, speaking “on behalf of the customers who don’t complain just for the sake of complaining.”

“I apologise your day is filled with nothing but complaints,” she said. “And I want to say thank you for all the good things your whole company does and all the hard work your employees put in. Unfortunately we now live in a ‘pull-down’ society and people are too eager to complain.”

A regular Coles customer herself, Jones had nothing to do gain from her comments (as the Sydney Morning Herald confirmed). She just wanted to make some workers smile. “I hope you read this message, go get a coffee and go ‘yup, we do good things too’!!!! Enjoy the rest of your day!”

While many Facebook users were quick to dismiss Jones’ positivity, many more were pleased to join the trend.

“Thank you! It’s hard to come by customers that give out compliments. I’m on my way to work right now and this put a smile on my face,” one user commented.

Among those appreciating the message were Woolworths employees. “Thank you Abi Jones. As an employee of woolies it is nice to hear something good,” wrote Amanda Cullen. “As most of the time we only hear the bad. If people just take a minute out of their time to praise the staff if they have received good service, it makes our day to be told that someone actually appreciated us. It is very rare.”

Ms Jones told Fairfax, “I just wanted to write something nice to them so they knew they were appreciated.”

“I just think people are quick to complain. This could go for any company, they are just human beings doing their job. Without them we starve.”

The post has now been liked over 10,000 times and has almost 600 responses. A little positivity goes a long way.

After a quick and easy breaky recipe? Try these Superfood Breakfast bars: