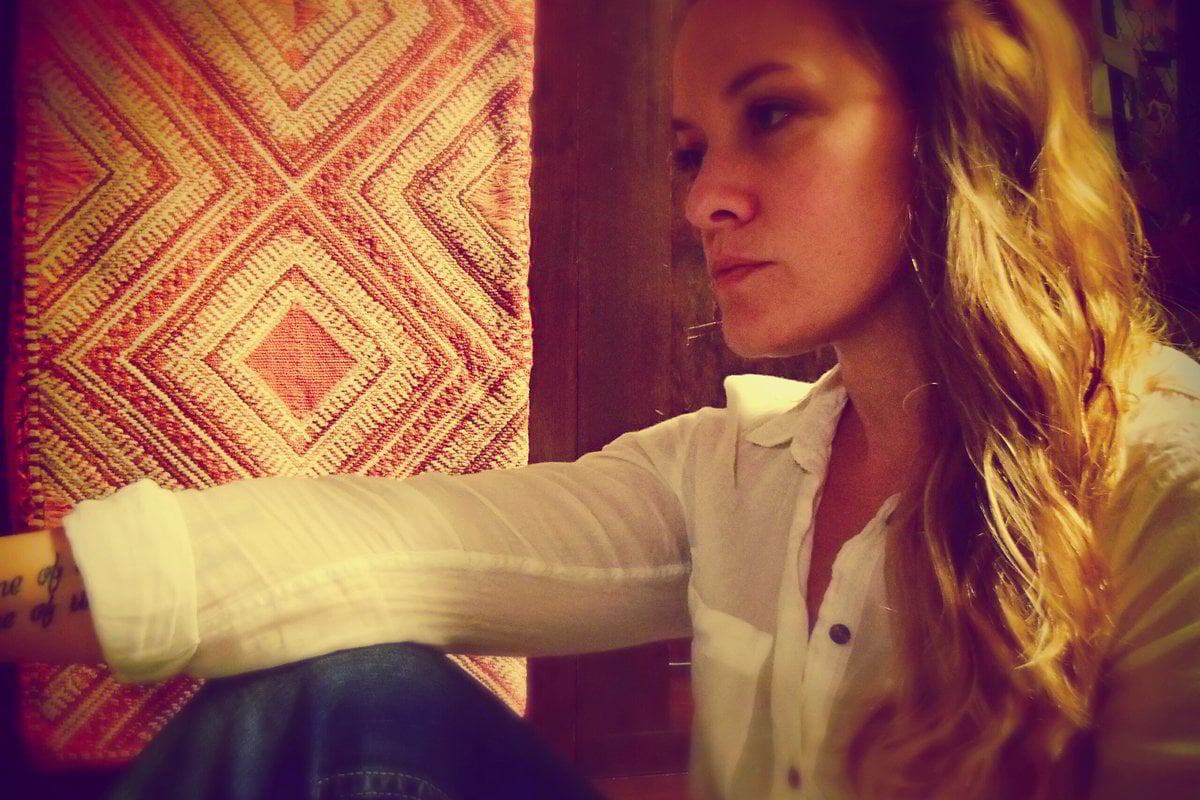 The author of this piece is known to Mamamia but has chosen to use a pseudonym. The feature image used is a stock photo.

I’m facing away from the camera. The lens captures a side of me I can’t see in the workplace – the small frame of a young woman, cramped over a desk and starting at a screen, unaware she’s the object of her manager’s gaze.

Moments later, he calls me out and tells me to smile. Obediently, I turn around. Confronted by the lens, I give him a playful thumbs up and bare my teeth in a grin. He captures me again.

Standalone, these two snapshots may appear to reflect a fun moment between colleagues at work. But when this 11-year-old Facebook Memory shows up in my newsfeed today, the name of the photographer attached, I’m immediately drawn back into the trauma of five long years in which he sexually harassed me in the workplace; the trauma of being trolled online when I spoke out about it.

Watch: Women and Violence - The hidden numbers. Post continues below.﻿

I wrote about my experience, once. My online story was published under a big Australian masthead, securing my confidence, authority, and – I’d assumed – safety.

But it was still a few years before #MeToo had hit social media. Choosing to keep my name anonymous next to that story had been a good idea: men left comment after comment debating whether or not my trauma was valid, or the events truthful.

You couldn’t have been harassed, because you wouldn’t have worn such formal clothes if you were working in that job.

This is just your sexual fantasy.

At the centre of what these trolls had deemed sexual fantasy was this: me, fresh out of college, working in a confined studio with hardly enough space for its desk and two chairs. ﻿Due to the nature of our work, shifts would often run into the early hours of the morning.

There’d be nobody but my manager alongside me. Nobody else there as he told me that my breasts looked nice and small; the same size as his wife’s.
﻿
In my story, which trolls dismissed as romantic fiction, I’d answer my manager’s questions about whether or not I was on the pill: he didn’t want me getting knocked up with my boyfriend and staying home from work.

In my story, my male-assumed fantasy, my boss asked me if I’d ever sat on a washing machine. Girls like to feel the vibrations – he’d seen it on the internet. I was asked about my first sexual experiences, and told – without being asked – about his. He’d celebrate that I “got my legs out” when I wore a knee-length skirt, and lament that I looked “fat” when I wore a thick jacket.

My manager called me “fat”, and the trolls said it was my sexual fantasy.

When #MeToo hit, I felt a deep sadness. If only I’d waited to share my story: the world might have believed me. Other women might have spoken out, too, rather than a continuous stream of comments dominated by men who thought my trauma never happened – and if it did, it was just a bit of fun. Or I was asking for it.

Gradually, though, I started to feel stronger.

As more and more friends shared their own stories over Facebook (or even just wrote the heartbreakingly powerful words: “#MeToo”), I realised for the first time that I wasn’t alone. I realised I wasn’t crazy. Those five years of continuous remarks weren’t something I should have had to grin and bear – intimidated into silence by the power of a man in charge or the promise of a promotion that would never arrive.

Until #MeToo took over my newsfeed, I’d simply accepted that my boss was an old-fashioned Aussie larrikin. He even joked about other women in front of me so I could share his laughter. One would look “feral”, and another would look “shy”. The shy ones were always into the “really weird stuff” in the bedroom. Was that what he thought of me, too?

With #MeToo appearing in my Facebook feed every day, I grew to understand that his behaviour wasn’t professional. It wasn’t even legal.

Today, I continue to struggle with two things.

The first is shared with many other women. It’s the endless thought that begs: Why didn’t I tell?

Could I have made it stop? Could I have got him fired? It might have been justice – I wasn’t the first woman he’d harassed. (He’d boasted about being sprung – saying of a former colleague that he’d wanted to “bend her over and…” well, you can guess the rest.)

The second thing I struggle with is the way nobody believed my trauma, and then trolled me through their comments until I knew it. At heart, I’m an optimist. I’d expected to be liberated with the ability to finally tell – to own – my story.

Last time I looked, I could no longer find my story online. I suspect it was taken down, having grown years too old and no longer yielding the hits it needed. In some ways, I feel silenced again, because it will never again be read. Although, it’s probably just as well – now, the comments from those men have become lost to history.

And every year, Facebook reminds me of this memory. First thing in the morning, it pops up at the top of my newsfeed, unsolicited. I’m forced to look at my smiling face and remember everything – every thought and discomfort and fear that smile concealed.

I’ve long since deleted this former manager as a Facebook friend. But it would require fresh confrontation to ask him to remove that picture. Reporting the picture to Facebook would leave me squirming with panic – would he find out I’m still here, resenting things he’s probably forgotten about?

If I undo the tag of my name next to his, and lose track of the photo, I’ll live a different anxiety: not knowing who else is “liking” my young face and body, portrayed the way he saw it.

When it comes down to it, I don’t want to become obsessed with the removal of this picture: it would only cast it deeper into my mind. Instead, I choose to remain bound to it. To him.

I choose to accept it when Facebook delivers a yearly reminder of what I went through for so long. After all, it’s also a reminder of how far I’ve grown.