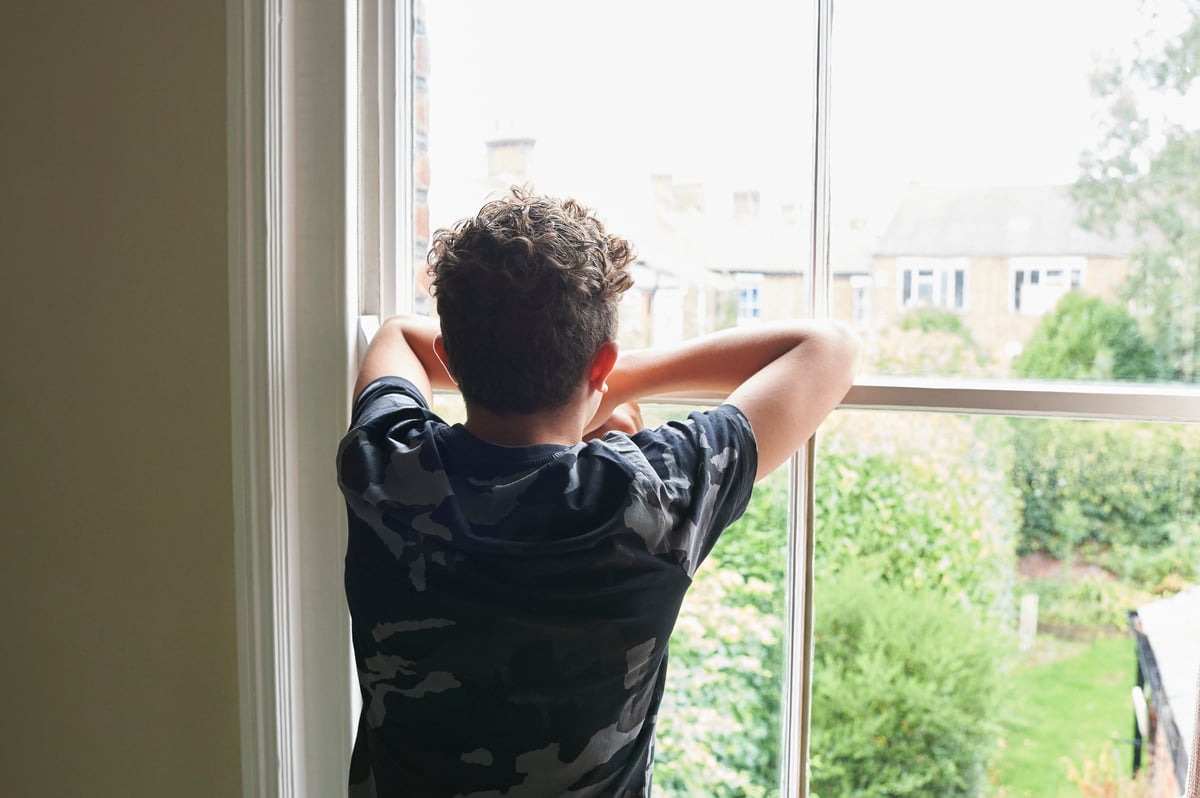 When my son Jake* was 15, his father registered a car in his name without his permission.

I mean, can a teenager even give permission for that?

Jake is now 22 and his father has racked up over $10,000 worth of speeding and parking fines in his name. What kind of father does that?

I broke up with Jake's dad when I was four months pregnant because I knew he was unreliable and that we'd break up at some point anyway. I figured it would be easier to do before the baby was born.

I was 31, and he was 43 and, in the beginning, he did his best to be supportive and even came to anti-natal classes with me.

When I thought I was in labour, I called him so he could come over and take me to the hospital like we planned. He was at a party and begrudgingly came over. I was in the bath having what I thought were contractions but later found out were Braxton Hicks.

When the nurses from the birthing centre told me over the phone that they thought I wasn't in 'proper labour' yet, he accused me of lying about it just so I could see him. What an ego!

Luckily, I'd arranged for a friend to be my birth partner because on the day, he was useless and slept most of the 36 hours I was in labour. When I was fully dilated and about to push, the nurses had to run around the hospital trying to find him because I wanted him to be there to greet his child when they finally came out.

I have a photo of him holding his newborn with such a look of pride on his face. It was obvious he was in love and that made me hopeful. He owned a bar, and they named a cocktail in our son's honour when he and his friends 'wet the baby's head' that night.

Those first months of solo parenting were really tough. My ex lived just around the corner, and he would pop in to see the baby, but he wasn't there for any of the night-time dramas. He basically just came for cuddles and occasionally took Jake out for a walk in the pram.

One day when they were out 'walking', it got dark, and they still weren't back. I was beside myself thinking something had happened and he wasn't answering his phone. When they finally got back, he couldn't understand why I was upset and made out that it was my problem. Nothing was ever his fault; it was always a 'me' problem, according to him.

When Jake was about nine months old, I stopped breastfeeding and he stayed at his dad's apartment overnight for the first time so I could go out for a drink with a friend. My friend and I were at a bar near the entrance to his building when we saw him come down. I was shocked - he said he was 'just coming down to get takeaway' and was going straight back up. This was not ok; I would absolutely never leave my son unattended under any circumstances.

Of course, I would confront my ex about these things, but he would always gaslight me. I had no way of proving what my gut was telling me. Unfortunately, I would come to realise over the years that this is something he often did.

When Jake was five, he said his dad would 'go to the supermarket' and wouldn't come back for a long time. Jake only stayed with him one night a week and he couldn't just stay home?

Jake's primary school was just around the corner, and he was always late dropping him off and picking him up. I still feel sick thinking about my precious little boy waiting at school, not knowing if his dad was coming to get him.

My ex provided financial support, but it came at a cost for us. He paid the fees for our son to go to a private school from grade five, but in Jake's later years of high school, he threatened to stop paying if Jake didn't get better grades (his grades were excellent).

This was putting so much stress on us that Jake went and spoke to his principal without my knowledge. The principal called me in and said he was proud of Jake and didn't want him to worry about having to leave the school. He offered him a scholarship for the last two years of high school.

Listen to Mamamia's money podcast, What The Finance, where Melissa Browne talks about the most common scams out there. Post continues below.

There is no doubt Jake's dad loves our son: he's given him some excellent opportunities and experiences as well as all the sh*t stuff, but I can never forgive him for putting Jake through the stress of having all this debt in his name. Jake has had to deal with all the paperwork involved with telling the courts it wasn't him driving. All his dad has to do is change the registration into his own name and tell the truth. It's been three years since we found out and he still hasn't done anything about it.

Jake is a kind and tolerant young man and doesn't like confronting his dad, neither do I, but I desperately want to force him to fix it.

"Can't I call him and talk to him about it without yelling at him?", I asked Jake. "No, that'll just make it worse," he told me.

My ex is charismatic, everyone loves him. 'He's such a great guy,' they say.

But he isn't. 'Great guys' don't treat their children like this.

* Names have been changed for privacy reasons. The author of this story is known to Mamamia but has chosen to remain anonymous.