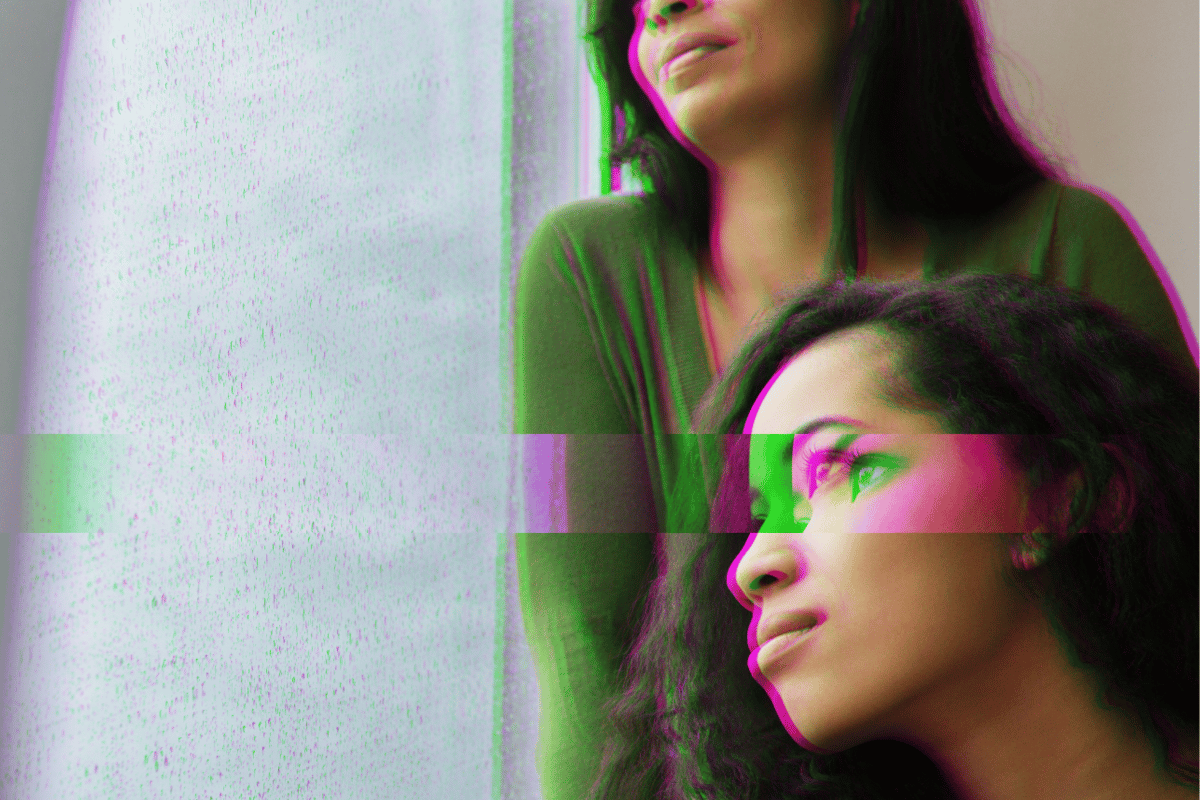 Growing up with an emotionally immature parent can certainly be challenging.

According to clinical psychologist Cliff Battley, emotionally immature parents can leave you with low self-esteem and thinking you're simply not good enough.

Why? Because they "struggle with their emotional kryptonite," he tells Mamamia.

"[Emotionally immature parents] are not self aware. They can't objectively look at themselves and identify their own strengths and weaknesses. So they struggle to actually control their own emotions."

"They also struggle with empathy, because they can't actually put themselves in someone else's shoes or modify their behaviour to feel how another person feels - so they become disconnected."

Mamamia confessions: The time I was a bad mum. Post continues below.

While growing up with an emotionally immature parent can affect you into your adult life, there are signs to look out for and things you can do to repair the relationship.

7 signs of an emotionally immature parent.

First up, Battley says emotionally immature parents can sometimes act like children who are throwing tantrums.

"It's small things like maybe they haven't been invited to a certain event, which they wouldn't have gone to anyway, but they’ll have a tantrum. And it will be far disproportionate from the event and they won’t see reason."

If you try to bring up something you're not happy with, an emotionally immature parent will become defensive and may even drag up something from the past to shift the conversation.

"They’ll say, ‘well what about when you did this?’ They’ll have a reason for why they’re righting a wrong."

Emotionally immature parents can be very critical and often forget that you're an adult, capable of making your own decisions.

"They get caught up with the idea that you’re still a child and they live in the past."

Stonewalling is another technique they use, which involves shutting down and refusing to communicate.

"Their child might want to have a discussion with them and want to have positive conflict resolution, but they end up stonewalling them."

Emotionally immature parents often try to bring themselves up by pushing you down. This could be by talking down to you, comparing you to your siblings or expressing contempt for what you do.

"They almost try to reinforce to the child that 'I'm still more intelligent'... and they'll say things like 'you shouldn't have done that'. Or they'll tell you that you're raising your own children incorrectly. They're really good at stepping in and telling you that you haven't done life right."

Emotionally immature parents are highly reactive and can make can feel like "you're walking on eggshells around them and you've got to structure your words really carefully".

Lastly, not only do emotionally immature parents not compliment you or say that they're proud of you, they also invalidate you.

"They actively avoid any sort of recognition of their own kids' achievements."

What are the long-term impacts of having an emotionally immature parent?

Growing up with an emotionally immature parent can actually affect how you think and behave as an adult.

"[Emotionally] immature parents don't have a system in place to guide their children and help them understand that they are capable to succeed in life when facing challenges... so these children might struggle to see themselves as confident and capable, and therefore be much less resilient," says Battley.

This can also impact your self-esteem and the relationships you make with other people.

"When your self-esteem is low, you think your value is less. So the relationships you build with others are maybe with those that you see as being on your level."

Kids with immature parents, no doubt, have a tendency to think that they're not good enough.

"The child's identity is formulated from the parents, and the parents' word is gold. So if they don't hear from their parents, 'well done, I'm really proud of you, you worked really hard on that, I believe you'... then the child will assume, well I can't do that, there's no evidence to say I can."

"On top of that, those emotionally immature parents who invalidate their children may be quick to criticise them when they don't do well. So that child is thinking 'well I'm obviously not good enough, there's something wrong with me'."

While this tends to be detrimental to children, Battley says this can cause some kids to actually step up and become mature parents themselves. Because you grew up with an emotionally immature parent doesn't mean that you will become one yourself.

In fact, thanks to all the resources these days, it's easier to spot the signs and make changes.

"We're seeing a massive shift here because the information age in the last 10 years is giving everybody access to the information required to make that change," says Battley.

So, what can you do if you think you have an emotionally immature parent?

10 things you can do to repair the relationship.

1. Recognise that you can't control your parent.

2. Understand that you can only control yourself.

On the flip side, you need to remember that you can only control yourself and the environment when they're around.

"When you change the way you behave around them, effectively, you're not forcing them to change - but you definitely changing the conditions of their environment."

3. Can you make changes to the family system model?

While change can be scary, you need to ask yourself what changes you can make to the family dynamic.

"Is that family system model locked in, and what role you are playing to perpetuate that?"

4. Tell them what you need.

This is an important one.

"You need to let them know what your consequences are if they cross your boundaries."

Which leads us onto number six.

6. Withdraw if they cross boundaries.

If they are acting in a way you don't like, Battley says the best thing to do is to simply withdraw so there's no conflict.

"If you fight them, then they're just going to go back to those old patterns."

7. Recognise when they do something good.

When you're asking people to change their habits, the best thing you can do is recognise it when they do.

"When they do something you like, recognise it and say thank you to highlight it."

"They might be great one day and then be really bad for four days after. It doesn't mean the world ended. We really don't change in a linear fashion, and so you need to support them when they change."

9. Accept that we all take time to change.

Off the back of this, you need to remember that it takes time to change.

"It's not quick. Evolution and behaviour change is slow."

10. Let go of the belief that you're still a child.

Lastly, you need to remember that you're now an adult.

"You've got to let go of the belief that you're still the child and they can order you around. You have to embrace that we're all adults, they raised you well and you can behave like adults together."

For any parents that feels like they may be emotionally immature and wants to fix the relationship, Battley says you can bring up the 10 steps with your child and speak to them about working through them together.

Talking to other parents, a professional or a third party outside of the family unit can also go a long way.