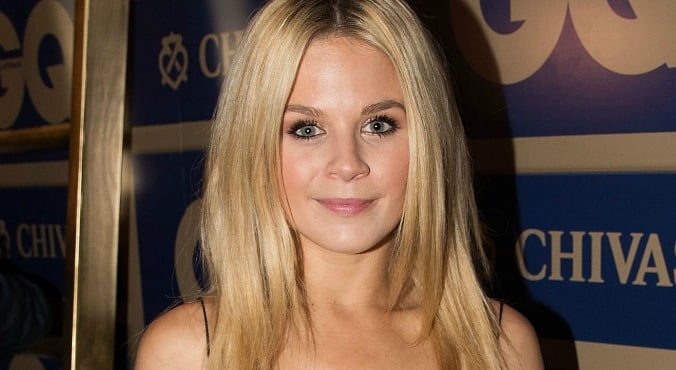 It’s been about a year since Emma Freedman unexpectedly lost her job as Weekend Today‘s weather presenter.

These days, it seems she’s well and truly bounced back — she won this year’s season of Dancing With the Stars, co-hosts The Scoopla Show on Southern Cross Austereo, and has written a children’s book set for release next year. Not too shabby at all.

However, Freedman says recovering from being fired wasn’t a rapid or easy process. “It took me a long time to get over it. I took it to heart and felt as if I didn’t know my place in the world,” the 26-year-old says in this week’s edition of OK!

According to the magazine, Freedman also sought some professional help to deal with the aftermath; along with the support of friends and family, she found solace in sessions with a psychologist.

This isn’t the first time she’s spoken about the setback — in September, she told the Daily Telegraph it left her feeling “pretty down” for a number of months. “I’ve moved on and I don’t dwell on that part of my life. I did lose confidence for a while but I’m pretty resilient … I know that if you’re a good person and a hard worker and you have a positive attitude, things will work out,” she admitted.

Watch: Jessica Rowe reflects on the experience of being ‘boned’ from Channel 9. (Post continues after video.)

Losing a job you love can be a deeply hurtful and upsetting experience, so it’s wonderful to read that someone as high-profile as Emma Freedman didn’t hesitate to engage the support she needed.

You don’t need to have a diagnosed mental illness in order to benefit from speaking to a psychologist — often, speaking to an objective person about stressful events or feelings in your life can be just what you need to work through it. When it comes to professional mental health support, there’s no issue or feeling too ‘small’.

Freedman’s not the only high-profile Aussie to acknowledge the importance of counselling this year. Back in October, The Bachelorette‘s Sam Frost told TV Week magazine she regularly speaks to a mental health professional

“I see a psychologist and chat to someone. All my siblings do because it’s important for us,” the 26-year-old explained.

For Frost, this is grounded in deeply personal reasons. She's written in the past about her mother's struggles with anorexia and bulimia, which began after she split with the father of her four children.

“In a world where society are so quick to judge and put forward their ignorant opinions, it’s understandable why she kept her battles behind closed doors,” Frost wrote on her blog.(Post continues after gallery.)

Two of this year's The Block contestants, Whitney Nolan and Andrew Simmons, also spoke openly about using counselling to help them deal with the cruel messages they'd fielded from social media trolls.

“People are saying very nasty stuff. A couple of weeks ago it was really getting us down. After The Block finishes, Channel 9 offers counselling and we have taken them up on that,” Nolan told News Corp.

“It’s a different world. We are just normal people doing this experience. You can never prepare yourself for the things you hear being said about you.”

Bravo to Freedman, Frost, Nolan and Simmons for helping to reduce the stigma around seeking help. Hopefully your openness will inspire others to get the support they need.

Have you ever spoken to a psychologist or counsellor? Did it help you?