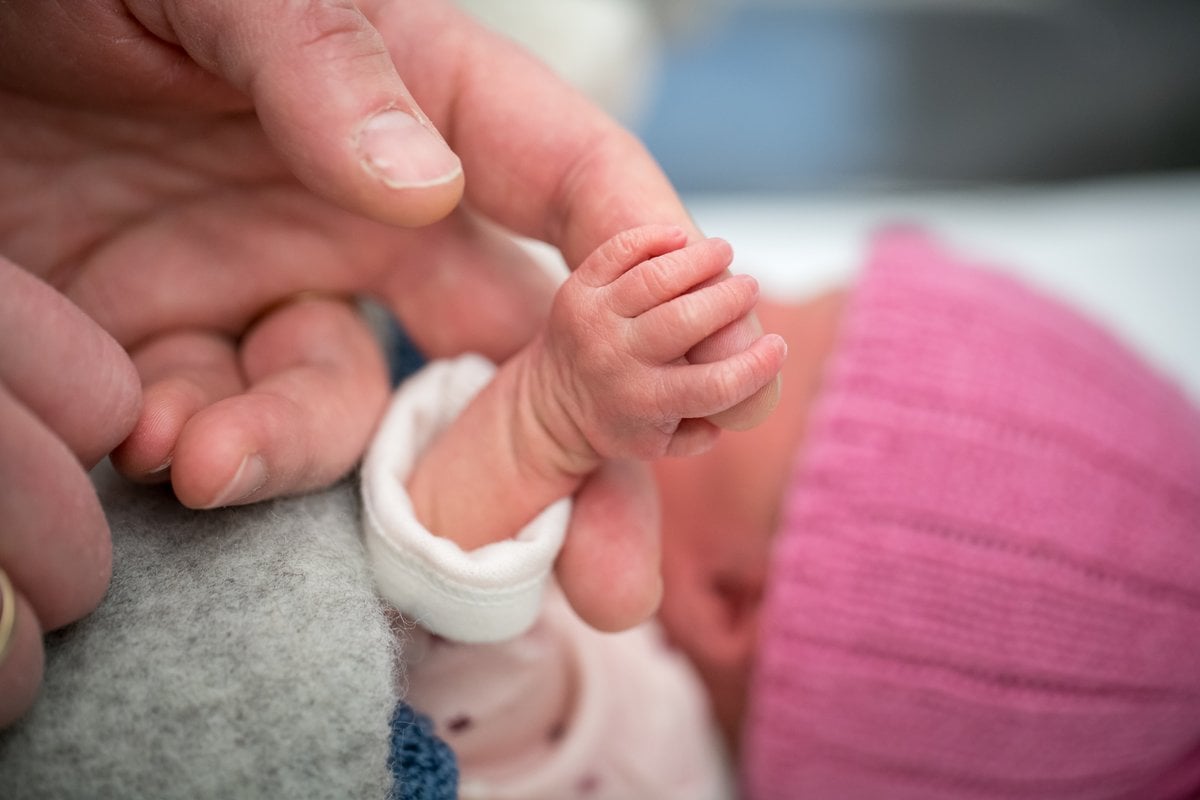 Molly Everette Gibson is five weeks old. But technically, she could have been born at any point in the last 27 years.

The American girl is the result of a donated embryo that was frozen in 1992, held in storage and implanted into her birth mother Tina Gibson this February.

It's the oldest known donated embryo to have resulted in a child, according to the University of Tennessee Preston Medical Library. That record was, in fact, previously held by Molly Everette's older sister, Emma Wren.

Emma Wren was born in 2017, following the successful implantation of a 24-year-old embryo from the same donor.

For perspective, the sisters' birth mother was only one-year-old when both the embryos were created.

But could that ever happen in Australia? What are the laws and processes here?

What is the law around embryo donation in Australia?

Embryo donation is legal throughout Australia.

While there is no specific federal legislation governing assisted reproductive technology, there are national ethical guidelines and an industry code of practice, which clinics must follow in order to be accredited.

Some individual state and territories also have their own legislation, which have subtle differences. Including, for example, how long frozen embryos can be store: in NSW, WA and SA, the maximum is 15 years, while in Victoria it's 10. (In other words, there's no chance of an Australian baby beating Molly Gibson's record.)

Generally though, the key principles of laws and federal guidelines are the same. For example:

Laws around the latter were only recently introduced in New South Wales, after an embryo donor discovered she had a "secret son".

The donor, mother of two Natalie Parker, met her recipient through an embryo donation website and the pair agreed to remain in contact if the embryo transfer was successful. They planned to share photographs and meet up so that their children could know their genetic siblings.

While Parker was led to believe that the woman hadn't fallen pregnant, she later came across photographs online of a baby she believed to be her genetic child.

The story, reported by Fairfax Media at the time, prompted amendments to state legislation and the national industry guidelines that ensure a person conceived via a donated embryo can access information about their biological parents. This closed the loophole by placing an onus on assisted reproductive clinics to confirm and record the outcome of a procedure.

Listen: A mother shares her experience of embryo donation.

What is the process of embryo donation? And is it common?

In Australia, embryo donation is rare.

Of the 15,405 liveborn babies that resulted from assisted reproduction technology in 2017, just 112 were the result of donated embryos.

Donated embryos are typically those leftover from IVF cycles. When those frozen embryos are used in the course of treatment, the woman has the option to let them 'succumb' in the lab, donate them to research, or donate them to people who could not otherwise become parents.

If they choose the latter, the process can happen in a number of ways.

One option is through an embryo donation program, in which a clinic connects hopeful recipients with donors. In this case, the parties may not be introduced to each other, but will recieve details including age and health history.

Another option is finding a donor independently. That may involve people known to them, or a forum such as the Embryo Donation Network, which features classifieds on which people seeking an embryo can advertise.

Here is an example of one such ad: "Hi there. I am a 41-year-old woman who has been trying to conceive for three years by IVF and, after using all my embryos, I am now very much hoping that I might be able to find an embryo donor..."

The parties will then engage the services of an assisted reproductive clinic to assess their eligibility and facilitate the process, from counselling to hormone treatment and the transfer itself (via a catheter inserted through the cervix).

The exact process and criteria will vary clinic to clinic, and of course, all parties should obtain medical and legal advice specific to their situation.