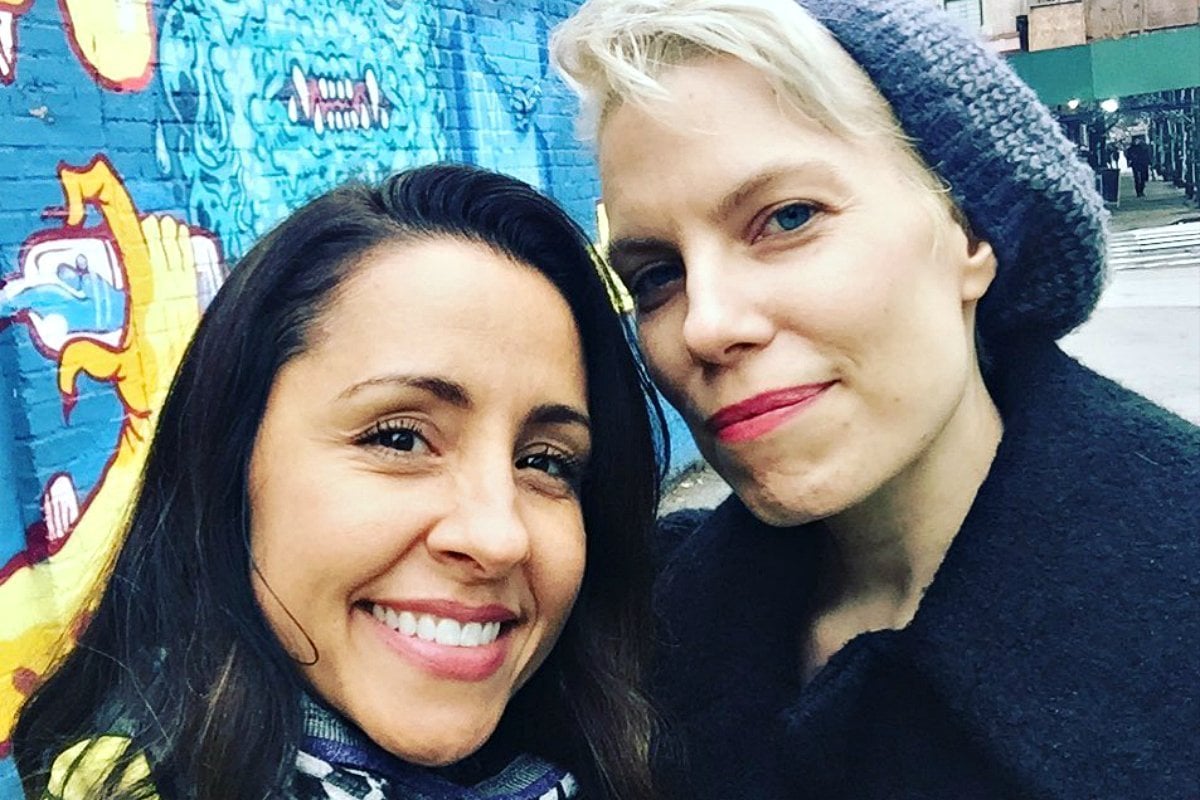 In the months before her death of metastatic breast cancer, Molly Kochan was "vibrating and alive". That's how her friend, Nikki Boyer, describes it.

This life-facing, life-affirming enthusiasm of Molly's came from sex. Lots of sex. With strangers.

Listen to Nikki's chat with Mia Freedman about Molly, her own struggles and the stories they never got to tell. Post continues after podcast.

After receiving a terminal diagnosis in August 2015, the Los Angeles woman had left her 15-year marriage in search of the intimacy she'd long craved.

She and Nikki charted the resulting "sexcapades" through their podcast, Dying for Sex, which was released in February, 2020, close to one year on from Molly's death.

It's so far had more than 5 million downloads.

It became more than just last-hurrah, a dying woman's 'f**ket' list. It was a means through which Molly was able to reclaim her body from cancer and from the abuse she'd experienced as a seven-year-old girl. But it was also a way she came to understand humanity; her own and others'.

"She was really interested in the people behind the fetishes," Nikki said. "So yes, a lot of it was sex based, but I think a lot of it was human based. She was just absorbing all of it and, in the process, feeling really sexy and connected to her sexuality and her body."

But it wasn't until Nikki spoke to one of the men after Molly's death that she fully realised just how far beyond the act of sex it truly went.

"She made you feel heard and seen and safe."

When Molly entered hospital in late 2018, she didn't know it would be for the final time. She was still sexting and sending flirty messages.

One man visited her. A "cute" guy, who climbed into her hospital bed to cuddle. Molly ended up giving him oral sex.

At the time Nikki judged him. But when she called him after Molly's death for a segment on the podcast, the voice on the other end of the phone described being "broke to pieces" by the news.

"He was devastated and heartbroken. I think in that moment, with that conversation with him on the podcast, I fully realised how deeply she touched these people that she would have these sexual journeys with. It wasn't just a blow job in the hospital," Nikki said.

"I think it was really something deeper and more connected. Molly was a very special creature. She would get you to open up and reveal your deepest darkest things about yourself. And she made you feel heard and seen and safe."

Speaking on the podcast in her final days, Molly spoke of that search for meaningful connection, for something deeper than she'd had before.

"There was part of me that was like, 'I really want to fall in love, for real.' Because I loved my husband, but I never really felt seen by him," she said.

"I was like, 'You know what? I want to be with someone who really truly sees me and loves me, and who I do the same for.' And I realised, just the other day, that the person that I actually get the gift of falling in love with when I die is myself."