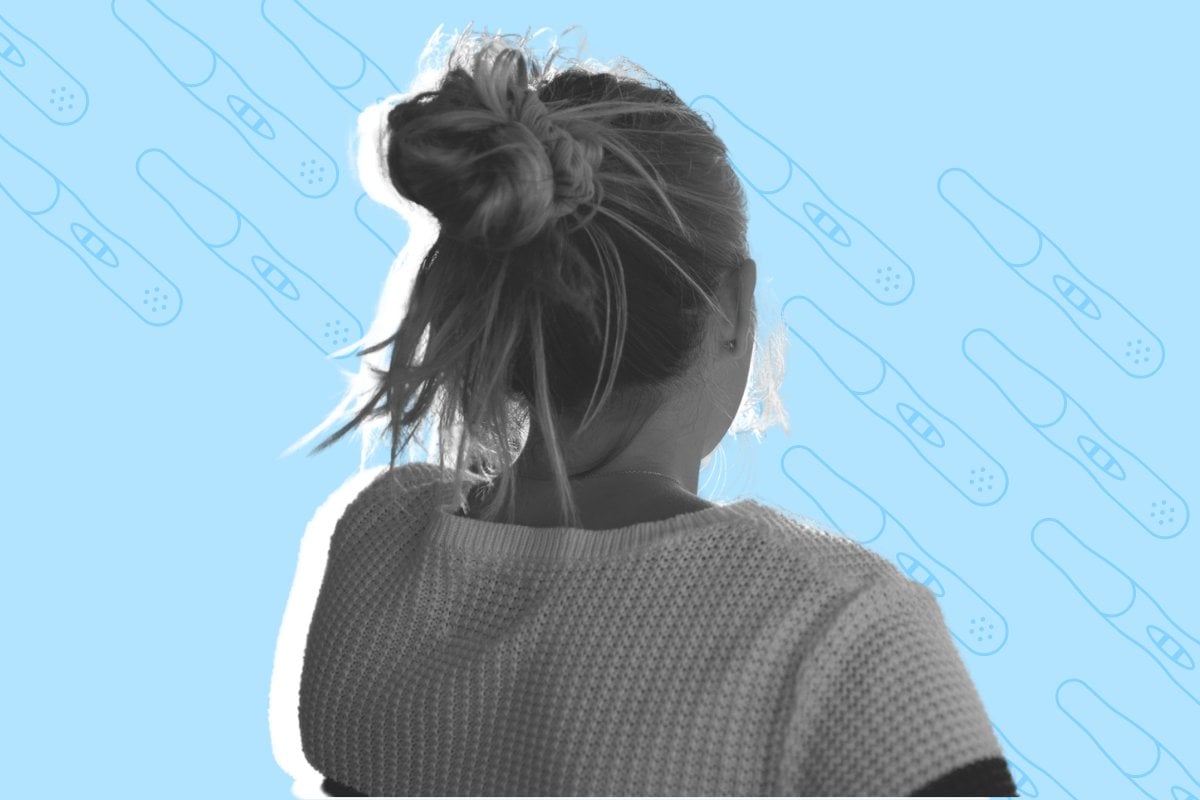 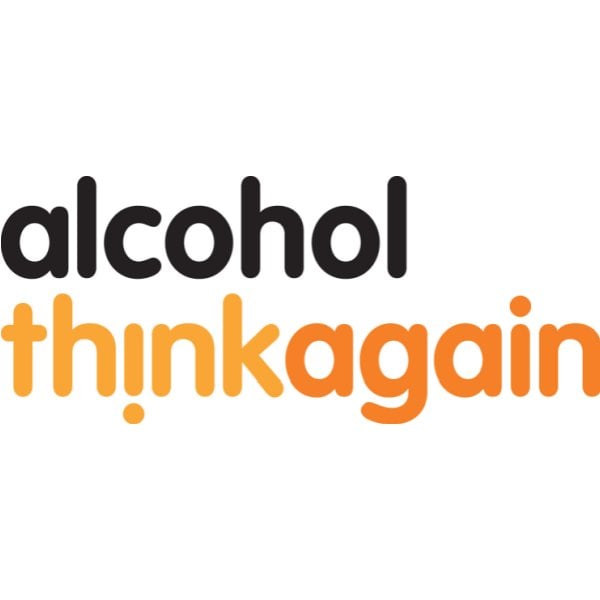 Thanks to our brand partner, Alcohol Think Again

I sometimes joke that my second child was the product of a bottle of wine and having to deal with losing Patrick on the TV show Offspring – one of those times where emotional comfort was required.

While I joke about it now, the truth is, about four weeks after that particular evening when I saw two lines appear on a pregnancy test, I was terrified.

Terrified about what harm I may have caused my baby by drinking alcohol before I knew I was pregnant.

Given that nearly half of all pregnancies in Australia are unplanned, I know many parents who have been in this situation, just as I was. It can be quite stressful and overwhelming when you think you may have done something that could impact on your baby's health and development.

So what impact does drinking alcohol during pregnancy have on our babies?

Based on the latest scientific evidence, the National Health and Medical Research Council have recently revised the National Guidelines to Reduce Health Risks from Drinking. Health experts have recommended to prevent any harm from alcohol to an unborn child, those who are pregnant or planning a pregnancy should not drink any alcohol; and for those who are breastfeeding, they recommend that not drinking alcohol is safest for the baby.

I spoke to Dr Colleen O’Leary (Epidemiologist and Alcohol and Pregnancy Researcher) to debunk five common misconceptions about drinking while pregnant.

Myth 1: "Drinking before finding out you are pregnant is fine."

Let’s start with the situation that many parents, including myself, have found themselves in.

With drinking commonplace in Australia's culture, many people often drink alcohol before finding out they are pregnant.

But the answer to this one is that there is no "safe amount or time to drink alcohol during pregnancy."

The NHMRC Guidelines tell us that:

﻿﻿"A baby’s brain starts growing very early in pregnancy, often before the mother knows she is pregnant," and says that “when a woman drinks alcohol during pregnancy, so does the developing baby."

Alcohol can unfortunately damage the baby’s brain, because alcohol is a teratogen – an agent that can interrupt the development of an embryo (or fetus).

Speaking to Mamamia, Dr O’Leary said, "If a woman drinks alcohol without knowing she is pregnant, it does not automatically mean the baby will be harmed as there are a range of factors that play a role in determining the risk of harm to the baby. But for those in this situation, stopping alcohol consumption once you find out you are pregnant will prevent further risk to your baby."

She added that if you are concerned about having consumed alcohol before you knew you were pregnant, or in need of any support or guidance, you shouldn't hesitate to discuss any concerns you have with your health professional.

Myth 2: "An occasional drink after the first trimester of pregnancy would probably be okay."

"There is no safe time during pregnancy to drink. Alcohol can unfortunately cause permanent harm to the developing baby in a number of ways, and the type of harm varies depending on the stage of pregnancy when the woman drinks, and how much she drinks," Dr O’Leary told Mamamia.

One reason for this, she said, is because "the baby’s brain development is very sensitive to harm from alcohol exposure during pregnancy. A baby’s brain starts developing very early in pregnancy and continues to develop throughout pregnancy."

Wine, bubbles, spirits, cider or beer  – there's no type of alcohol that's recommended to be safe during pregnancy.

Dr O’Leary also confirmed for us that there's no alcoholic beverage safer than another, including those with a lower alcohol content.

"Any type of alcohol beverage increases the risk of harm to the developing baby," said Dr O’Leary.

Myth 4: "The placenta protects the baby from alcohol."

According to the current body of research, Dr O’Leary said, "the alcohol that a pregnant woman drinks passes freely across the placenta to reach the baby."

This is because the alcohol passes through the placenta to the baby before the parent's body can break down the alcohol content, and the baby’s liver is not yet formed, so it cannot process the alcohol in their blood content yet.

If an unborn baby is exposed to alcohol, it has the potential to result in:

Myth 5: "FASD only occurs in children of those who are heavy drinkers or a dependent on alcohol."

According to extensive research, if an unborn baby has been exposed to alcohol, it may result in a spectrum of adverse effects, referred to collectively as Fetal Alcohol Spectrum Disorders.

Although the risk is greatest with high, frequent alcohol consumption, it's important to know that even low levels of alcohol can affect the development of an unborn baby at any time during pregnancy.

“The risk to the baby from alcohol exposure during pregnancy increases the more often the mother drinks and the quantity consumed. Drinking at low levels is likely to be low risk but it hasn’t shown to be without risk, so the advice is for pregnant women not to drink alcohol during pregnancy,” said Dr O’Leary.

Dr O’Leary also noted that the risk of alcohol harm to the developing baby is also affected by genetic factors of both the parent and the baby, so it is difficult to predict risk for each pregnancy.

Children who have FASD can have a range of birth defects including characteristic facial abnormalities and heart defects, impaired growth and abnormal development of the central nervous system which can result in behaviour, learning and developmental problems.

FASD may not be seen at birth and can often go unrecognised until childhood and adolescence when social and behavioural impacts can become more evident.

FASD is a lifelong disability, and unfortunately doesn't have a cure.

For those people that are pregnant but finding it difficult to stop drinking, you are not alone. There is support available, and confidential and non-judgemental services that can offer help.

It's important as a person first and a parent-to-be that we feel supported by loved ones, partners and friends as we grow a healthy baby. Don’t be afraid to ask your loved ones or partner to support you to go alcohol-free during your pregnancy to help in the healthy development of your baby.

If you would like more information about alcohol use during pregnancy, planning pregnancy or breastfeeding, contact your GP or other health care professional. For resources and tips to go alcohol-free or support alcohol-free pregnancies, visit Alcohol. Think Again.

If you or someone you know you know needs help or support in relation to their alcohol or other drug use, including during pregnancy, the Alcohol and Drug Support Line is a confidential, non-judgemental telephone counselling, information and referral service. The phone service is free of charge and available 24/7 by calling (08) 9442 5000 or 1800 198 024 (toll-free for country callers).

There is no safe amount or time to drink alcohol during pregnancy. A woman's placenta doesn't protect her baby from alcohol, so any amount of alcohol mum drinks, baby drinks. To help give our babies the best start to life, health experts recommend women who are pregnant or planning a pregnancy not drink alcohol. For more information and tips to stay alcohol-free during pregnancy, visit Alcohol.Think Again.