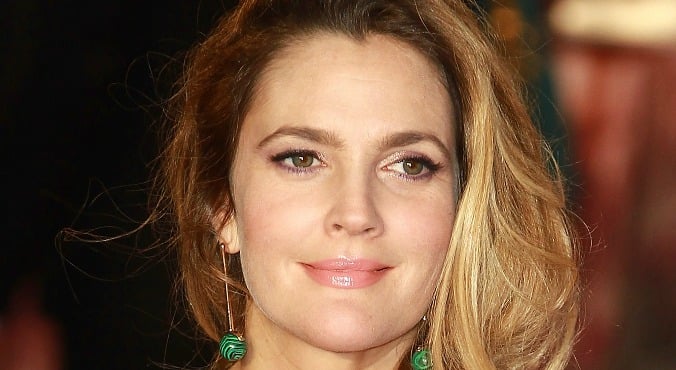 Drew Barrymore was just seven years old when her acting career took off playing the adorable Gertie in ET, but it also marked the spiral into a difficult childhood filled with family troubles, addiction and depression.

At nine years old, Barrymore was partying at Studio 54 with her mother and manager Jaid almost five nights a week and dealing with her violent alcoholic father actor John Drew Barrymore at home. By 12 she’d already spent time in rehab.

While promoting her memoir-like book Wildflower, the 40 year old has spoken candidly about being institutionalised and divorcing her parents as a teenager.

“When I was 13, that was probably my lowest. Just knowing that I really was alone. And it felt… terrible. It was a really rebellious time. I would run off. I was very, very angry,” she told The Guardian.

Angry at her "pretty out there" absent parents and deep into alcohol and drugs, it was around this time that Barrymore was sent to an institution for the mentally ill for a year and a half by her mother.

"Yeah my mom locked me in in an institution. Boo hoo! But it did give an amazing discipline. It was like serious recruitment training and boot camp, and it was horrible and dark and very long-lived, a year and a half, but I needed it. I needed that whole insane discipline," she says.

"My life was not normal. I was not a kid in school with normal circumstances. There was something very abnormal, and I needed some severe shift."

According to the actress, they attempted to drug her but she refused "I was like, no, thank you. I wanted to clean out. I didn’t want to be a cliche. No [I never thought I was mentally ill]. I just knew I was off course." she says.

Although Barrymore says she would have run away rather than "let that [going to the institution] happen to myself", she says she has no regrets today.

"It was a very important thing to experience for me. It was very humbling, very quieting. Maybe it was necessary, because I came out of there a more respecting person. And my parents didn’t teach me that, and life wasn’t teaching me that. I came out in a very different way… but I still was me," she says. (Post continues after gallery.)

It was eventually was suggested by the institution that she 'divorce' her mother, making her legally an adult at 14 years old - something Barrymore ironically portrayed herself in the film Irreconcilable Differences.

It's an experience the actress details in her new book Wildflower.

"It’s no secret that I had to part ways from my mother because we had driven our relationship into the ground. She had lost credibility as a mother by taking me to Studio 54 (so wrong, but so fun) instead of school. And I was out of control due to working since I was 11 months old and what that had done to my childhood, which made me grow up too fast," she writes.

Ready to start a "new chapter' at age 14, Barrymore's mother was at the hearing giving her full approval for the split.

"At the end of the day, the judge looked at me and said these words, which stuck with me: 'I can turn the clock forward, but I can never turn it back. Are you ready for that?' 'Yes,' I said.'OK,' he said with a slight smile, 'I hereby pronounce you an adult.' My mom and I hugged, knowing things would be different, but things were always just too different, and that was why this needed to happen."

Now married to Will Kopelman with two children (which she's spoken openly about suffering from post-natal depression), Barrymore says she is finally happy - something she was never quite sure she could achieve when she was 14 years old.

"Half no, in that I was so scared of not knowing where I was going. I really had a fear that I was going to die at 25," she told The Guardian.

"And half yes, because no matter how dark shit got, I always had a sense that there should be goodness. I never went all the way into darkness. There were so many things I could have done that would have pushed me over the edge and I just knew not to go there."