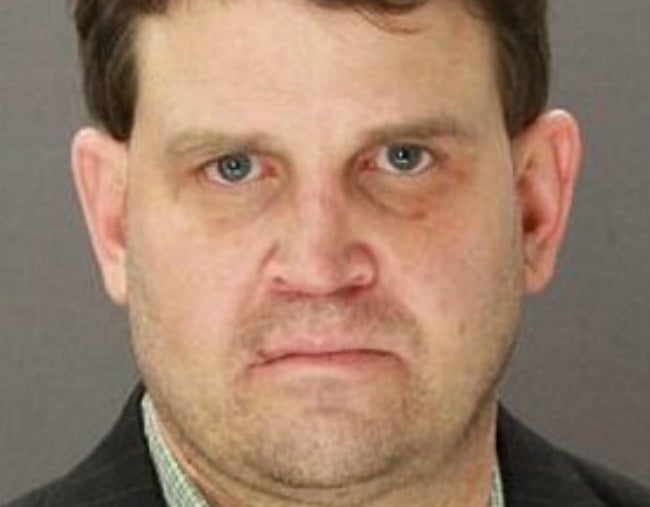 Christopher Duntsch has always been the kind of person who never gives up.

If he sets himself a goal, he’ll stop at nothing to achieve it – even if it means innocent people have to die.

According to Rolling Stone, the now 47-year-old is responsible for the deaths of two people and the serious injury of many more.

Duntsch, a former neurosurgeon, operated on 38 patients in Dallas over a two year period. Two did not survive, a further 31 of his patients suffered serious injuries or were permanently paralysed as a result of the surgery he performed on them.

Duntsch’s history of malpractice, and the system that allowed him to flourish, are now the subject of a new podcast by Wondery called Dr Death.

Dr Death is the latest podcast from the creators of Dirty John. The podcast is researched, reported and hosted by journalist Laura Beil, and the central mystery isn’t so much what happened, but how?

How did Duntsch complete his medical training and continue to keep landing jobs in his field?

“One of the shocking things for me is that there were several gatekeepers along the way, there were several places where the entity involved could have stopped him—starting with his medical school—and nobody did,” Beil said at a listening event in New York.

“At every juncture something that should have happened to stop him didn’t happen. And I don’t know that that’s even that unusual.”

According to Dallas Magazine, Duntsch was born in Montana but grew up in an affluent suburb east of Memphis. He was the eldest of four children.

His mother was a school teacher and his father a physical therapist.

After he graduated, the neurosurgeon focused on research for years before turning to clinical work.

As the Washington Post reports, Duntsch would win over his patients by telling them he was “the best” in his field. He would tell others, “Everybody’s doing it wrong. I’m the only clean minimally invasive guy in the whole state”.

While he came across as confident and competent, his work told a different story.

In 2012, Duntsch performed spinal surgery on Mary Efurd. When the 74-year-old woke up she couldn’t stand. Crippling pain shot through her body.

Days later, Efurd went under the knife again. This time the surgery was performed by Dr Robert Henderson.

What Dr Henderson discovered shocked him. One of Efurd’s nerve roots had been severed. Another nerve root had a screw in it. There were screws holes in places they should never have been.

In the previous November, Lee Passmore went under Duntsch’s knife. He can no longer feel his feet. He has to heave his right hip forward to walk. His chest shakes and his right hand jitters.

But Efurd and Passmore are the lucky ones – they’re alive.

According to Dallas Magazine, Kellie Martin died from massive blood loss after Duntsch performed surgery on her. Floella Brown was killed by a stroke triggered by a sliced vertebral artery from Duntsch’s surgical hands.

Dr Death will explore how Duntsch could become so reckless with other people’s lives and the path of destruction he left in his wake.

You can listen to the first two episodes of Dr Death on iTunes now.

"As the Washington Post reports, Duntsch would win over his patients by telling them he was “the best” in his field. He would tell others, “Everybody’s doing it wrong. I’m the only clean minimally invasive guy in the whole state.”
"I'm the best doctor, no one can doctor like me. I only do the best, most beautiful incisions, only work with the biggest and the best tumours. Ask anyone, ask anyone!"