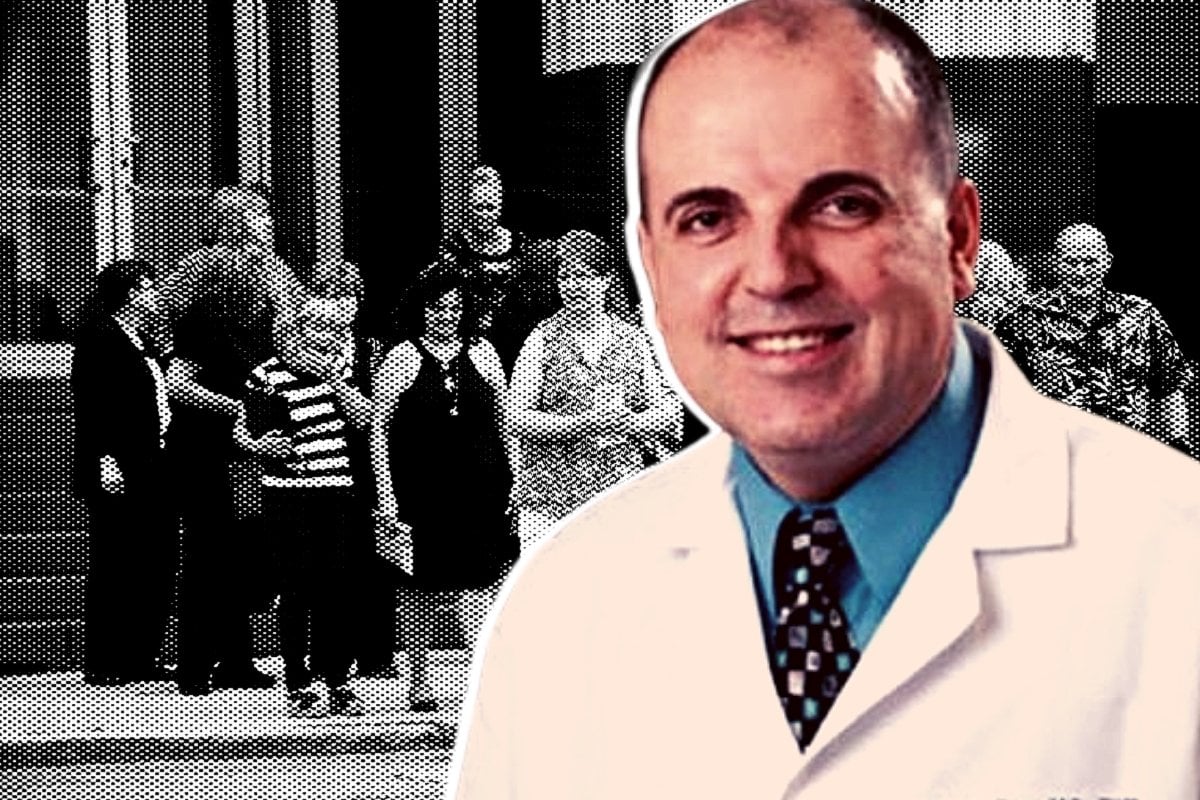 For three years, American woman Patty Hester lived like she was dying.

She took her 5-year-old niece on a trip to Disneyland, she gave away possessions, bought expensive gifts for her relatives.

In 2010, the emergency room technician had been diagnosed with myelodysplastic syndrome, a type of blood cancer stemming from problems in the bone marrow.

After she balked at chemotherapy, she was prescribed daily iron infusions, which she was assured were vital to prevent the disorder from transforming into leukemia. But the prognosis was clear, regardless: it was terminal.

Patty was baffled given she felt so well, but ultimately she put her trust in her doctor. After all, Michigan's Farid Fata had a strong reputation. He was a respected haematologist and oncologist, a fellow of New York's renowned Memorial Sloan Kettering Cancer Center.

But come 2013, Patty learned via a TV news report that Fata had earned a different reputation entirely: that of Michigan's 'Dr Death'.

Watch: "I'll never get the years back he stole from me." Post continues below.

As charted in Season 2 of Wondery's Dr Death podcast, thanks to brave colleagues and the FBI, Fata was exposed as one the most egregious fraudsters in United States history.

Patty was not ill at all. She never had MDS. Instead, she was among hundreds of patients who'd been subjected to unnecessary treatment by Fata for his financial gain.

Many, like Patty, were deliberately misdiagnosed with cancer and prescribed chemotherapy, iron infusions and intravenous hydration (all of which can be harmful when administered unnecessarily). Others were lied to about the availability of alternative treatments, so they would stay on chemotherapy - the more profitable treatment. Some were even taken off hospice and placed back on chemotherapy, robbing them of comfort in the final days with their loved ones.

To Fata, those treatments represented money from Medicare or the patients' private health insurance. Money that meant more to him than their wellbeing, and even their lives.

All up, court documents show there was evidence that Fata duped at least 553 people who represented more than US$17.6 million (AU$21.8 million) in billings.

It was whistleblowers that put an end to Fata's horrendous scheme.

George Karadsheh, who was the office manager for Fata's network of Michigan clinics, grew suspicious after doctors and other clinical staff began quitting the practice.

Speaking to the podcast Dr Death, Karadsheh said when he pressed one, Dr Soe Maunglay, about his departure, the doctor appeared tense.

"He points up at the ceiling, and he whispers to me, 'Cameras,'" Karadsheh said.

Karadsheh told the podcast that, once he and Dr Maunglay found a more private space to talk, the doctor told him what he and nurses had uncovered: the needless chemotherapy and antibody therapy, the misdiagnosed patients, the ones taken off hospice.

"[He said] 'I'm suggesting that you go. You leave now, if you can,'" Karadsheh said.

In the weeks that followed, Karadsheh — a former journalist — conducted a secret investigation of his own. Then, on August 2, 2013, armed with a stack of evidence, he approached the FBI. 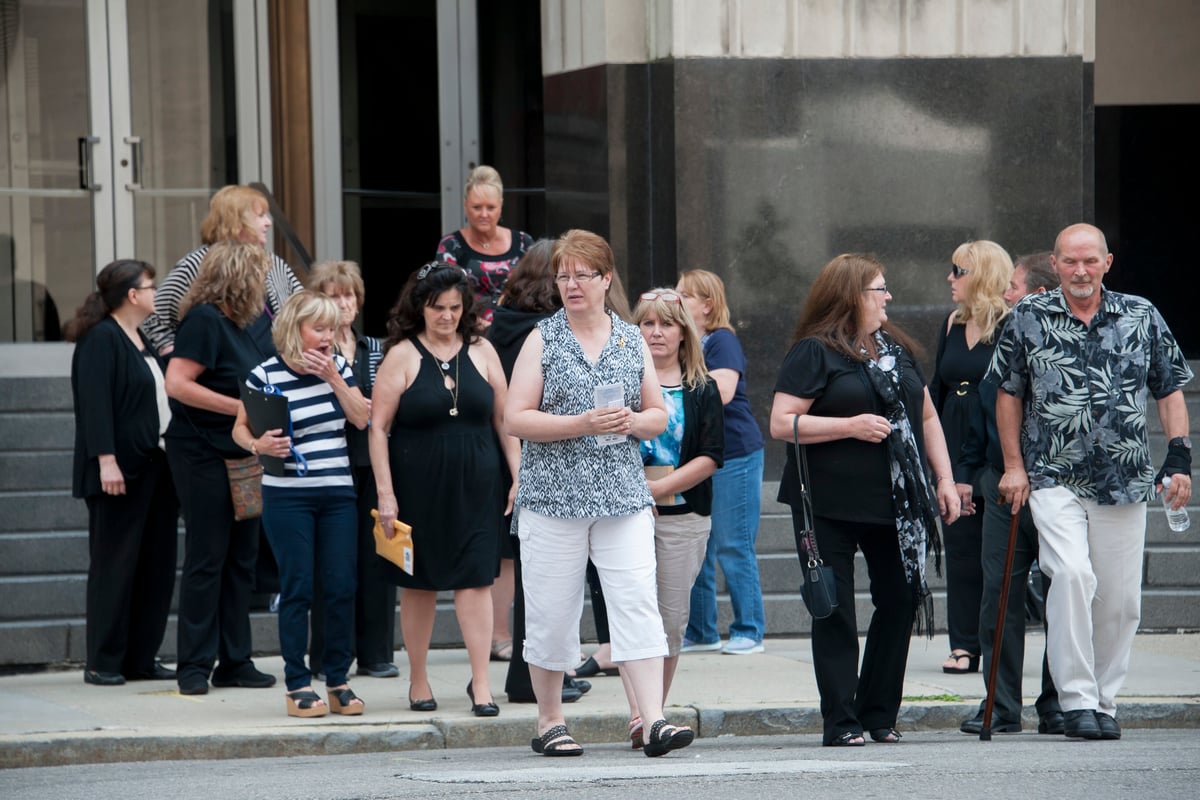 Victims and their loved ones outside the courthouse at Farid Fata's 2015 sentencing hearing. Image: AAP.

He was sentenced to 45 years in prison, and sobbed when given his chance to address the court before the term was handed down.

"I misused my talents, yes, and permitted this sin to enter me because of power and greed," Fata told the court.

"[Patients] came to me seeking compassion and care. I failed them."

Victims received US$4 million from a restitution fund to cover out-of-pocket costs including insurance co-payments and funeral expenses.

But for many, including Patty Hester, no value can be placed on what they went through.

"I will never get those horrific three years back," she told The Oakland Press. "To say I feel betrayed is an understatement."

Farid Fata has appealed his sentence multiple times, but each application has been dismissed. He is due for release in 2051. He will be 86 years old.