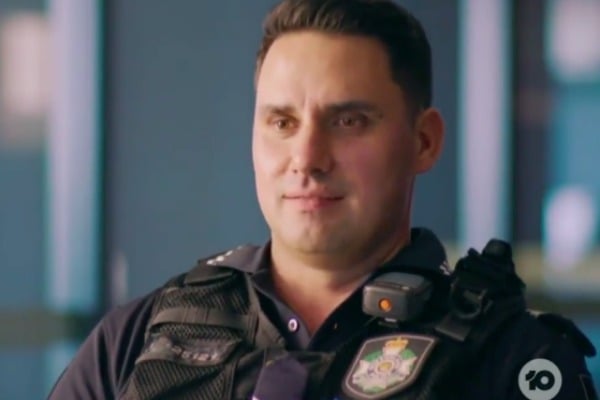 Queensland Senior Constable Ben Bjarnesen estimates he attends at least one incidence of domestic violence on every single shift.

But for many years, he kept a secret from his fellow police colleagues.

He himself was a survivor of domestic violence, having spent two years in an abusive relationship with his ex-boyfriend.

In an interview with The Project in uniform last night, Ben explained: "I didn't want anyone at work to ever know about it. I didn't want them to know I had been in an abusive relationship because I felt stupid that being a police officer even I'd got [myself] into that position."

WATCH: A snippet of Ben on The Project. Post continues after video.

At the time, Ben didn't even see what he was living through as domestic violence, because he didn't identify with the normal scenario: a male perpetrator and a female victim.

"There's this idea that you're equal so it can't be abusive," he said. "I was terrified about going to any sort of support services. If I got to them are they going to say, 'you're a big bloke, you can't be in an abusive relationship. Get out of here'."

But Ben is not alone.

One in three LGBTI couples experience domestic violence, and by speaking out, Ben wants sufferers to know that "abuse can happen in all relationships not just heterosexual relationships".

On May 28, 2020, Australia held its first LGBTI Domestic Violence Awareness Day, and Ben and the Queensland police force were front and centre showing their support.

In Ben's relationship it started with verbal abuse, and escalated to the monitoring of text messages. There was jealousy, and things like manipulation and control, as well as property damage, and then physical violence. 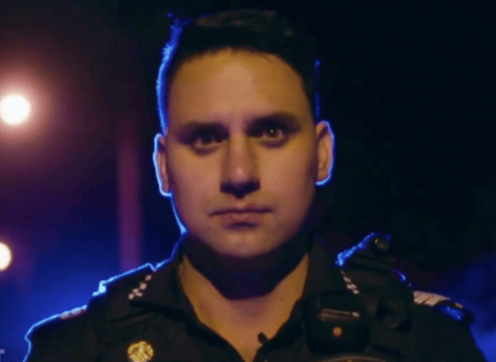 Ben suffered two years of abuse at the hands of his ex-boyfriend. Image: Ten.

"He went into these fits of rage and started throwing things at me and had this look in his eyes where he really wanted to hurt me," Ben told The Project.

There were many times when Ben feared for his life, and he'd hide the knife block in the kitchen or leave the garage door up with his keys in his car ignition, ready to flee.

"I was always unsure when the abuse would escalate to that next level," he said.

Eventually Ben escaped, but admits emotionally it still "haunts him a little bit".

"But it's something I've been able to completely move on from and get on with my life," he said.

By sharing his own story, Ben wants to reiterate that domestic violence can "literally affect anyone".