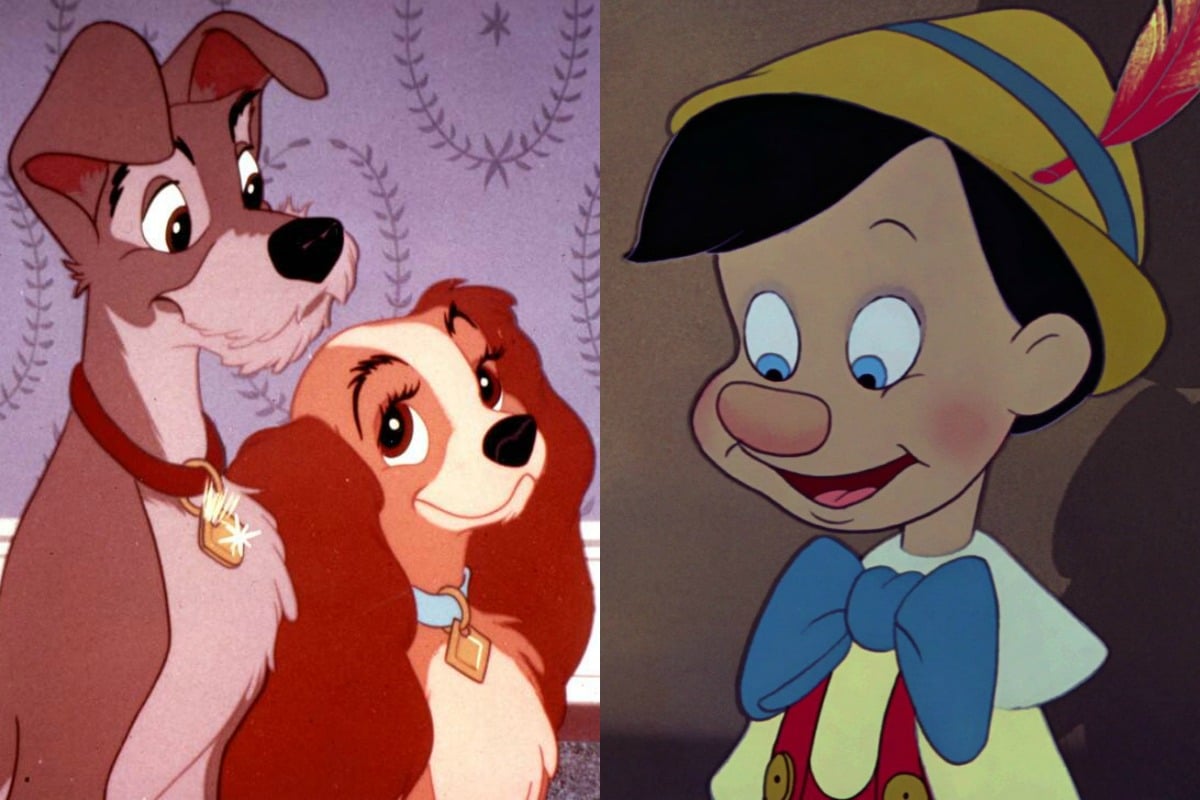 After years of anticipation, Disney Plus has finally landed on Australian screens.

The highly-anticipated streaming service, which launched in Australia on Tuesday, is the home to brand new Disney originals as well as a bunch of Disney classics, Pixar movies, Marvel movies, Star Wars movies and even every single season of The Simpsons.

Following the launch of Disney Plus in the United States on November 12, more than 10 million users signed up to the service in the first 24 hours.

Here’s a sneak peek at everything coming to Disney Plus. Post continues after video.

But since the new streaming platform was launched, users have noticed an interesting addition.

You see, as Disney Plus includes the majority of Disney’s archive of movies, disclaimers warning of ‘outdated cultural depictions’ have been added to a number of its classic movies.

“There was obviously a big question mark over the Disney franchise as they went to pull all these classics out of the vault to put them on a streaming service,” Laura explained.

Listen to the latest episode of The Spill, Mamamia’s daily entertainment podcast, to find out everything you need to know about Disney Plus. Post continues below.

“It’s different if you have the old VHS or DVDs sitting at home – they don’t have as much accountability for some of the depictions that are in the movies. But when you’re looking back at 50 to 60 years of movie releases, obviously a lot of the older releases like Dumbo, Peter Pan and all those movies have really outdated cultural depictions,” she explained.

“I mean, the crows in Dumbo are pretty terrible, the Siamese cats in Lady and the Tramp, the Native American depictions in Peter Pan – they’re just stereotypes that wouldn’t be allowed to be used at all today.

“But Disney also can’t not put them on the streaming service and you can’t take the scenes out, because then you lose the flow of the movie. The only choice they have is to put them on there and include the warnings.”

Here’s just a few of the Disney films which have received disclaimers:

Lady and the Tramp

When selecting these classic films, users have seen warnings which read: "This program is presented as originally created. It may contain outdated cultural depictions."

Interestingly, movies including Aladdin and Pocahontas don't have a cultural warning.

A number of movies have also been issued a tobacco usage warning, including Pinocchio, Hercules, The Sword & The Stone, 101 Dalmatians and The Three Caballeros.

One particular classic movie, Song Of The South, has been banned from Disney Plus completely.

The 1946 film, which won an Oscar for the song 'Zip-Ah-Dee-Doo-Dah, has been unavailable for over 30 years due to its controversial "impression of an idyllic master-slave relationship".

Despite being unable to watch for over three decades, the song and some of the movie's main characters still remain a major attraction at the Splash Mountain ride in Disney's Florida, California and Tokyo theme parks.

Here's how users have reacted to the inclusion of warnings:

Checking everything out and wanted to point out that movies like Dumbo, The Aristocats, Jungle Book, and Lady and the Tramp have a disclaimer about outdated cultural depictions. This is good. #DisneyPlus pic.twitter.com/tpFoPAEpOl

Hey #DisneyPlus, I noticed that you've seemingly put disclaimers about "outdated cultural dipuctions" for certain movies. Sooo what's stopping you from doing that with Song of the South?

I should also note that Pocahontas does NOT have this disclaimer. pic.twitter.com/tVtbmE8MGv

The disclaimer reads “may contain outdated cultural depiction” which is #true , and while some say this is a great addition to the new streaming service, some say it isn’t quite enough. #DisneyPlus pic.twitter.com/O2OM7HUskr

So @disneyplus anti-native racism and aging up an abused raped child so she can fall in love with a grown man isn't an "outdated cultural depiction?"

Do you honestly think Disney's Pocahontas is an appropriate cultural depiction of her people and her story? pic.twitter.com/iW3SgI4GdE

Appreciate the acknowledgment of outdated cultural depictions, #DisneyPlus Much of your early catalog contain moments that are outright offensive. Disney may edit those scenes, I suppose. Cartoon Aladdin lyrics were changed to be more sensitive. So anything is possible... pic.twitter.com/76EVBMGX0s

As a person of color, I appreciate that ⁦@disneyplus ⁦@Disney⁩ is showing these movies as they were made, while also giving a public service announcement. Don’t censor, but acknowledge faults. #growth #change #honest https://t.co/hKHd5wH4U7

One of the first things I noticed while looking around #DisneyPlus was "This program is presented as originally created. It may contain outdated cultural depictions." And I love that.

compare wb’a statement to racism in their old cartoons to disney’s. lol pic.twitter.com/VKu2fi5jAh

Disney Plus is available now. You can find out more, here: www.disneyplus.com

Are you excited about the release of Disney Plus? Let us know in the comments.

Oh good lord. I think most people would realise these movies were made in the era's they were without having to have explanations from Disney. It's something adults could always talk to with children if it comes up.

I was thinking that the warnings would be something along the lines of Bambi - Warning! Seeing the violent death of a young fawn's mother may cause lifelong emotional distress!