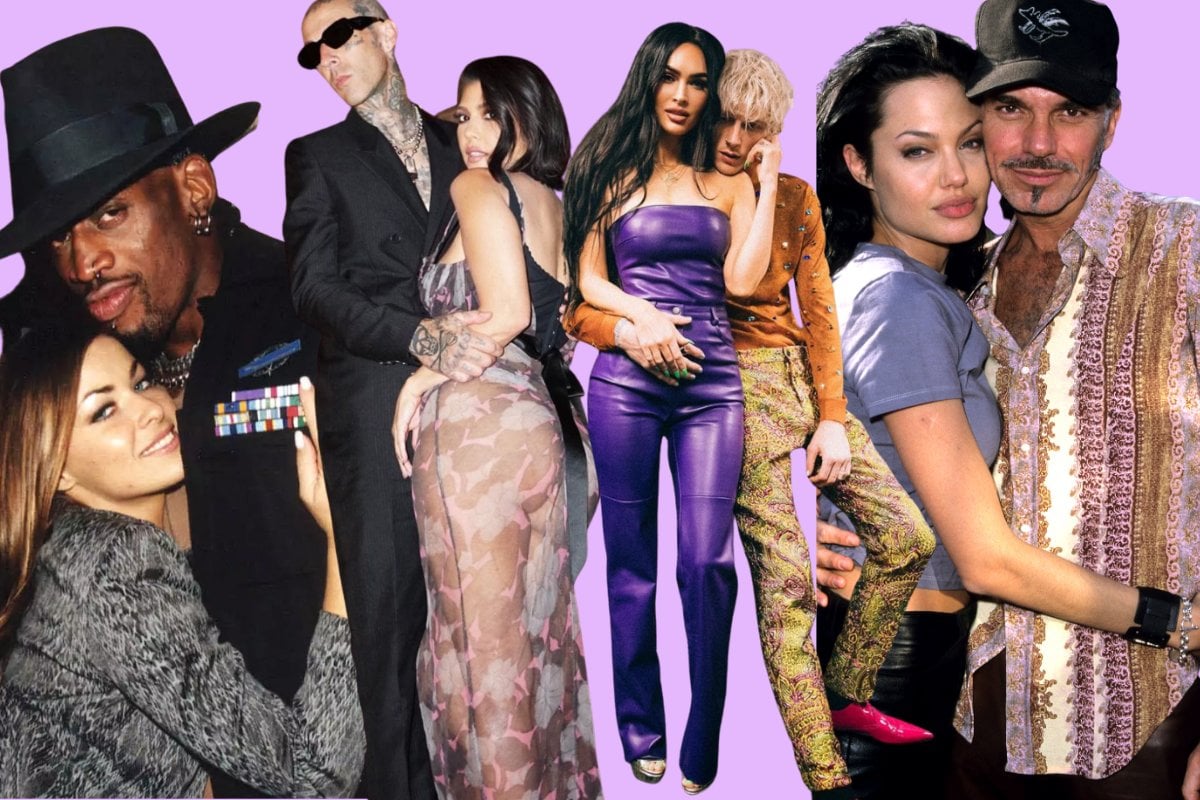 Have you noticed something strangely familiar about the way celebrity couples have been acting lately?

Take Travis Barker and Kourtney Kardashian - known to us as Kravis (because are celeb couples even a thing if they do not have a nickname?) - who got engaged in late October after a year of dating and have just tied the knot in a chapel in Las Vegas with an Elvis impersonator officiating the ceremony. They married at around 1.30 in the morning, mere hours after Barker performed at the Grammy Awards.

Listen to The Spill's episode on Kravis' engagement. Story continues after.

If you think you've heard this story before, it's likely you're old remembering another famous couple, who, let's face it, you wouldn't immediately picture together.

Cast your mind back to November 1998. Former basketball player Dennis Rodman and actress Carmen Electra, who had been dating for months, walked into a Las Vegas wedding chapel after an all-night bender and exchanged vows.

Rodman filed for an annulment nine days later, stating he had not been of sound mind (likely due to the aforementioned all-night bender).

Not that we're saying Kravis won't go the distance! Stranger things have happened. But there does seem to be quite a few intense - and intensely short-lived - celebrity romances going around at the moment, which is giving us serious 90s and noughties vibes.

With low-rise jeans and pencil-thin eyebrows in style again, perhaps it was only a matter of time before these passion-filled, very public celebrity romances made a comeback. Let's take a look at the Now and Then couples side by side, shall we?

NOW: "Twin flames" Megan Fox and Machine Gun Kelly (MGK), who have been together for two years and were engaged in January this year, like to remind us normal citizens at every opportunity that we just don't understand their level of passion and love.

They've drunk each other's blood, talked about being each other's hearts and souls, licked each other's tongues on the red carpet, revealed WAY too much about their sex life, posed on the cover of magazines and gotten engaged with a torturous ring.

THEN: Fox and Kelly are pretty much the modern-day version of Billy Bob Thornton and Angelina Jolie. The couple met on a film set, were instantly smitten, and eloped to Vegas a year later (Thornton was engaged to actress Laura Dern when he married Jolie).

The pair were married from 2000 to 2003 and their relationship was, to put it politely, weird.

The weirdest thing was, of course, the fact that they wore vials of each other's blood around their necks. Check out those vials in the pic below. Ewww.

NOW: After dating for what seems like five minutes, Kim Kardashian has declared her relationship with Pete Davidson is "super-serious". Just a moment ago, Davidson was dating Bridgerton's Phoebe Dynevor, Kaia Gerber, Kate Beckinsale and was engaged to Ariana Grande, who coined the term "Big Dick Energy".

Anyhoo, Davidson has branded himself with a tattoo declaring his love for Kardashian. It reads, "My girl is a lawyer". In case you didn't know, Kardashian is studying to be a lawyer like her father, the late Robert Kardashian.

THEN: Johnny Depp and Winona Ryder's relationship actually dates back to the late 80s - they were involved from 1989 to 1993. They were the 'It Couple'. Everyone either wanted to be them or be with them.

Famously, Depp had a tattoo done to show his deep and unabiding love. It read: "Winona Forever".

If Davidson and Kardashian don't go the distance, maybe he can change his tattoo to read: "Girl, call my lawyer".

NOW: Kanye West and Julia Fox were together for a hot minute, burning so brightly with their strange matching fashion styles (they were either in all black or all denim) and doing a photo shoot in a restaurant while the other diners looked on in amusement.

We know a lot about their relationship because there was an actual blog post written by Fox about their infamous date where West seemingly bought her an entire clothes shop.

It's every girl's dream. 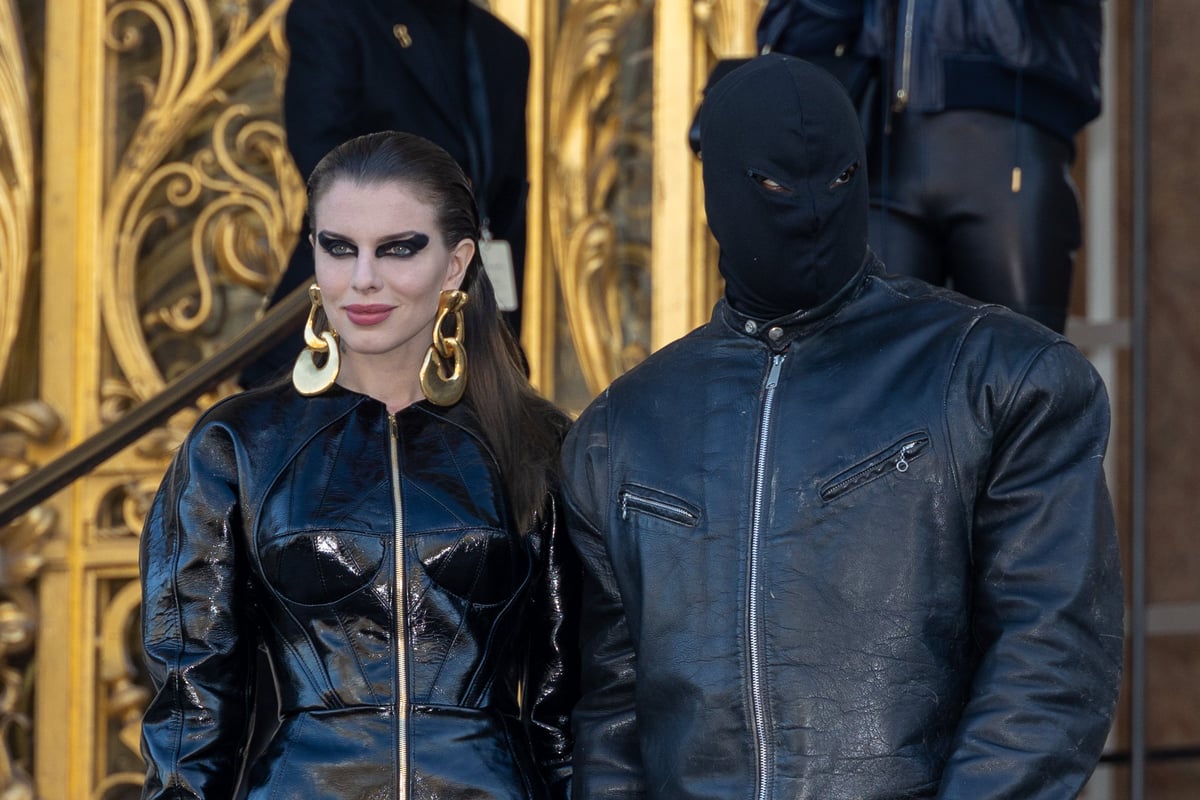 Yes, that is Kanye West under there. (Image: Getty)

THEN: Ah, what would the 90s be without the iconic romance of Pamela Anderson and Tommy Lee? After four clandestine days of being together, the pair married. As you do.

Two sons and a sex tape later, they called it quits.

Like Fox and West, it all happened so fast. Now all we have are memories.

NOW AND THEN: In 2002, Ben Affleck and Jennifer Lopez could not move an inch without being photographed by paparazzi.

The couple, who were engaged, were deeply and passionately in love, starring in the widely panned film Gigli together and walking every red carpet and award show hand in hand.

Who could forget Affleck featuring in Lopez's music video, Jenny from the Block?

They called time on their relationship in 2004.

When they rekindled their flame last year, the world let out a collective "Awww." Since then our favourite noughties couple have been photographed canoodling everywhere - on boats, at baseball games, on the red carpet, on set, at school pickup.

This Ben and Jen aren't afraid to show their affection in public. They're at ease with each other. They've gone through marriages and divorces, they've had kids, they've lived a life outside one another.

And now they're reunited. It's as close to a fairytale in Hollywood as we're going to get.

Now can you imagine what would happen if Brad Pitt and Jennifer Aniston got back together? The world might combust. 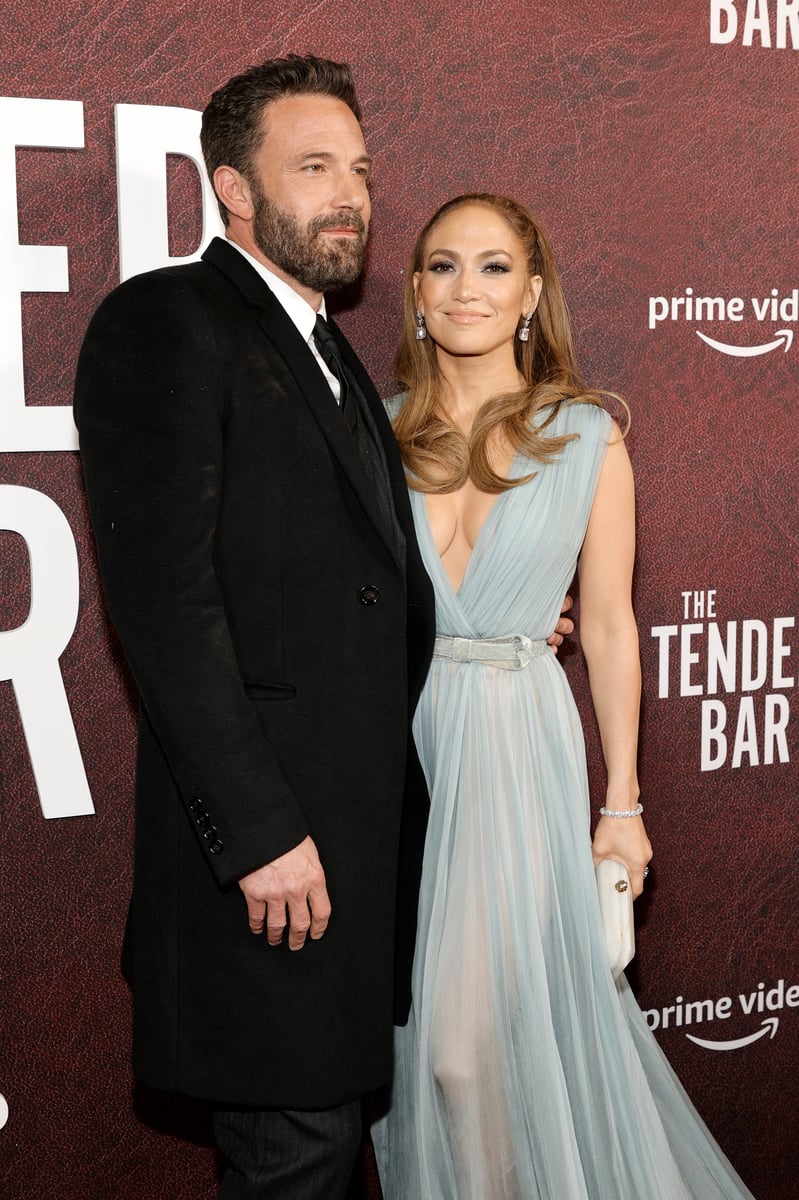 Reunited and it feels so good. (Image: Getty)