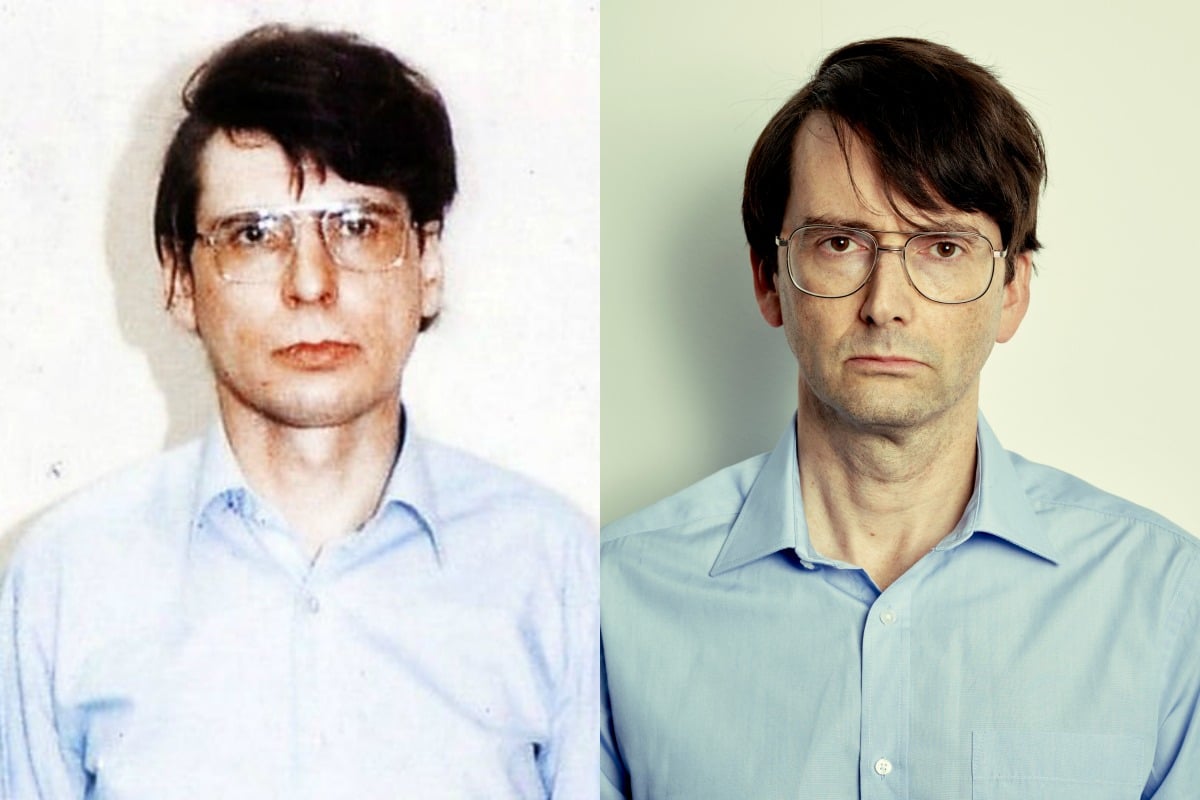 In the final years of his life, Dennis Nilsen was obsessed with fame and notoriety.

In fact, the Scottish serial killer once boasted about being "more famous than David Beckham".

"A thought has just hit me. What have I in common with David Beckham? Answer: We are both exhibits in Madame Tussauds," Nilsen, who murdered at least 12 young men and boys between 1978 and 1983 in London, told a penpal.

"Alas, like all sportsmen his star will fade in time and he will be melted down and replaced by some new sensation.

"Worse still, I guess, my infamy is destined to go on and on."

It's for this very reason that actor David Tennant is glad that the serial killer is no longer around to witness the upcoming release of Des, Stan's new true crime miniseries.

"After he was arrested, Dennis Nilsen became obsessed with was the legend of 'Des' – the reputation that he left behind. Whenever he slipped out of public consciousness, there was almost a sense that he wanted to get back into it. That’s why I’m relieved he’s not alive," Tennant told the Radio Times.

"I would hate for this to go out and for him to be sitting in some cell somewhere imagining we were in any way glorifying him. I’m sure he would have complained about we said and everything we did. At the same time, he would have been rather smugly pleased he was on television."

Des, which is set for release on Stan on September 15, focuses on one of the most infamous cases in UK criminal history.

Known as the Muswell Hill Murderer, Dennis Nilsen was sentenced to life imprisonment on November 4, 1983, after being convicted of six counts of murder and two counts of attempted murder.

For five years before he was caught, however, Nilsen went undetected.

Dennis Nilsen's story begins on November 23, 1945, when he was born in Fraserburgh, Aberdeenshire.

The marriage between Nilsen's parents' was difficult and as a result, Nilsen and his siblings lived with their mother and their maternal grandfather, who Nilsen was particularly close to.

At six years old, Nilsen's grandfather suddenly died of a heart attack. Nilsen later described his grandfather's death and the viewing of his body at the funeral as his most vivid childhood memory – one which led to his "later behavioural psychopathology".

In the years after Nilsen's grandfather died, Nilsen's mother remarried and had four more children as Nilsen became increasingly withdrawn.

As he reached the stages of puberty, Nilsen discovered he was homosexual – a revelation which he decided to keep secret from his friends and family under the guise of shame.

At 14, Nilsen enlisted in the army where he worked as a chef and a butcher. During his time in the army, Nilsen continued to keep his sexuality under wraps from the public.

In 1972, after 11 years in the military, Nilsen decided to join the Metropolitan Police, before later resigning and becoming a recruitment interviewer.

In the years after his departure from the army, Nilsen continued to struggle with his sexuality. In 1975, he moved in with a 20-year-old man named David Gallichan at 195 Melrose Avenue. The pair's relationship was unusual – the two men slept in separate beds and regularly had heated arguments.

After Gallichan moved out of the residence in 1977, Nilsen went on to have relationships with several other men.

But by late 1978, Nilsen was living alone and struggling with alcoholism. 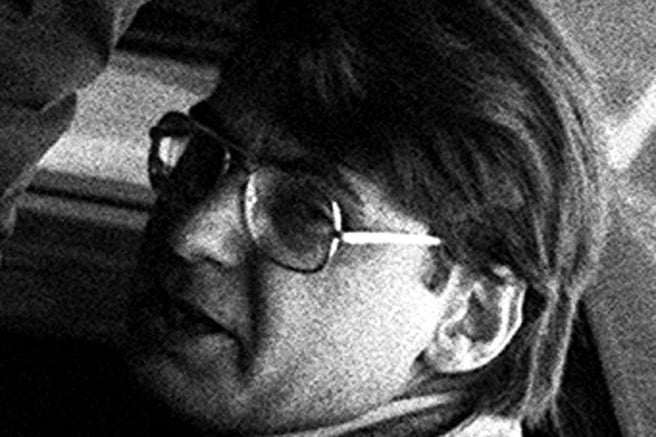 It was at this point in his life that Nilsen met his first young victim in a pub, 14-year-old Stephen Holmes.

After inviting the young man home to stay the night, Nilsen strangled him the next morning to prevent him from leaving, before later drowning him in a bucket.

After washing the corpse, Nilsen slept beside it before hiding the body under his floorboards for seven months.

On August 11, 1979, he built a bonfire in the garden behind his Melrose Avenue home and disposed of Holmes' body.

In the years that followed, Nilsen killed a minimum of twelve men, and attempted to kill seven others.

He typically met his victims – who were largely homeless and/or homosexual men – in bars or on public transport, before inviting them back to his home with the promise of alcohol and shelter.

Once at Nilsen's home, his victims were typically strangled and then drowned, before being stowed under the floorboards.

In 1981, Nilsen moved from Melrose Avenue to an attic flat in Muswell Hill. 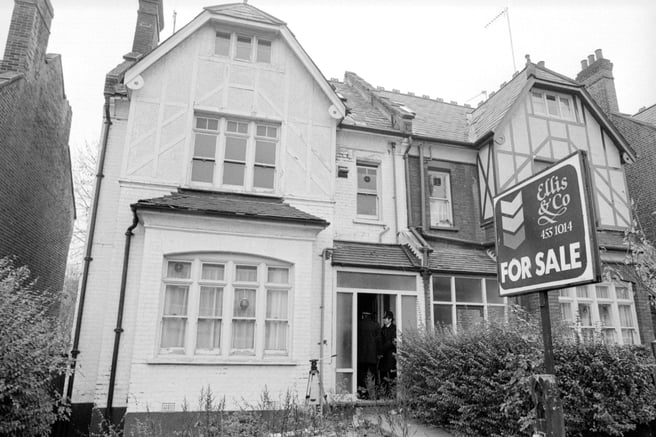 Unlike Melrose Avenue, where Nilsen disposed of any evidence by lighting bonfires in the backyard, Nilsen didn't have access to a garden at Muswell Hill.

Without access to a garden, Nilsen began disposing of his victims' bodies by flushing their remains down the toilet. It was this practice that ultimately led to his arrest.

After Nilsen himself complained to real estate agents about blocked drains at the flat, a plumber found a number of small bones in a drain.

After the bones were identified as human, police officers confronted Nilsen at his flat.

When asked by police if there were any body parts in his home, he responded: "It's a long story; it goes back a long time. I'll tell you everything. I want to get it off my chest. Not here — at the police station."

He also confessed to murdering "15 or 16" young men, while showing no remorse.

After his trial commenced on October 24, 1983, Nilsen was charged with two counts of attempted murder and six counts of murder. He pleaded not guilty.

On November 4, 1983, Nilsen was sentenced to life in prison. 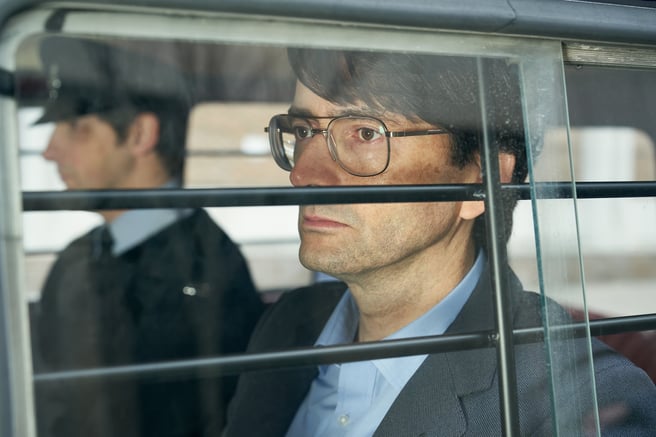 After rejecting an offer to visit the prison's health care wing, Nilsen spent his final hours in "excruciating pain".

A post-mortem found that his immediate cause of death was pulmonary embolism and retroperitoneal haemorrhage.

The first episode of Des premieres in Australia on September 15, same day as the UK. Episodes 2 and 3 will premiere on September 16 and September 17, only on Stan.