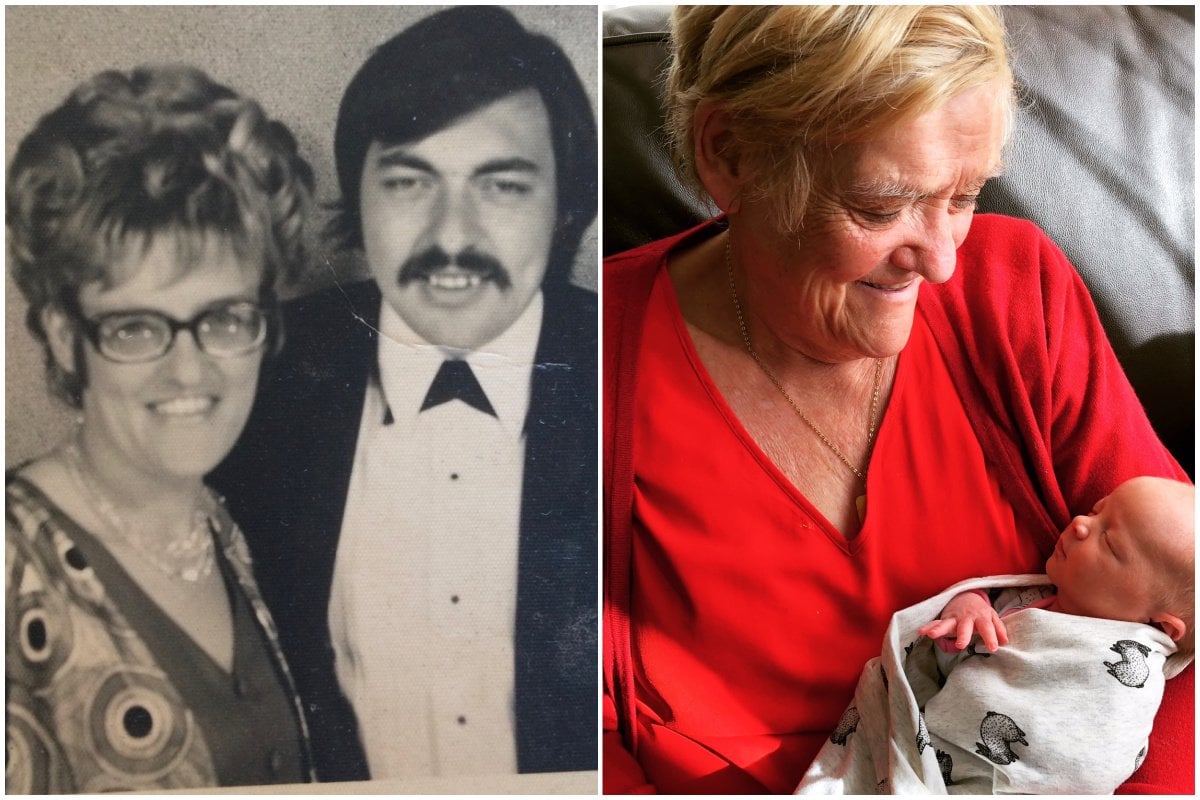 My mother was driving home from the hospital where my 32-year-old dad was recovering from a heart attack and subsequent bypass surgery. Mum had left me, then three, and my five-year-old sister Alison with our Aunty Betty and was anxious to get back to us. She says that halfway through the 10 minute drive home, a huge black crow swooped down on her windscreen. By the time she walked in the door the hospital had already called to say he was gone. 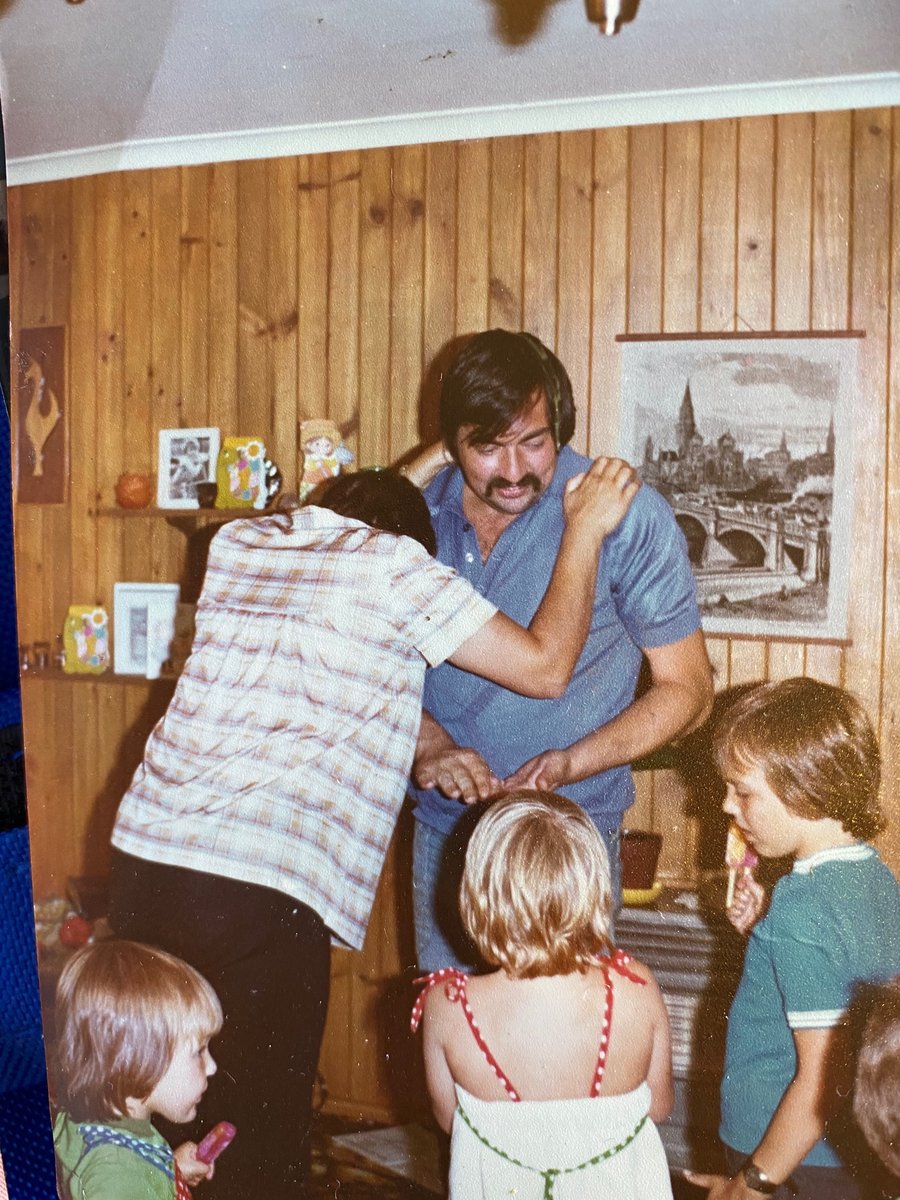 The last photo taken of my dad, one week before he died. It was my sister Alison's 5th birthday. Image: Supplied. I chose to adore her. A fact that you would already know if you have met me, even for a short time. Honestly, if we have so much as shared an elevator, I have probably mentioned her. She has always been my idol. Even if she can’t remember all the reasons why anymore, I can.

My mum’s oldest sister Lorna started to show signs of dementia when mum was in her fifties and as stoic as she was, I knew she was terrified it would happen to her one day. I remember when she came home from visiting Lorna in Sydney after the diagnosis. Mum was telling me how Lorna had forgotten her own daughter who had visited earlier in the day. She recalled how Lorna kept asking when her daughter would be there. Mum put her hand on my cheek and said, "Don’t worry, I would never forget a visit from you, darling heart."

She does forget my visits. Sometimes she forgets my face. 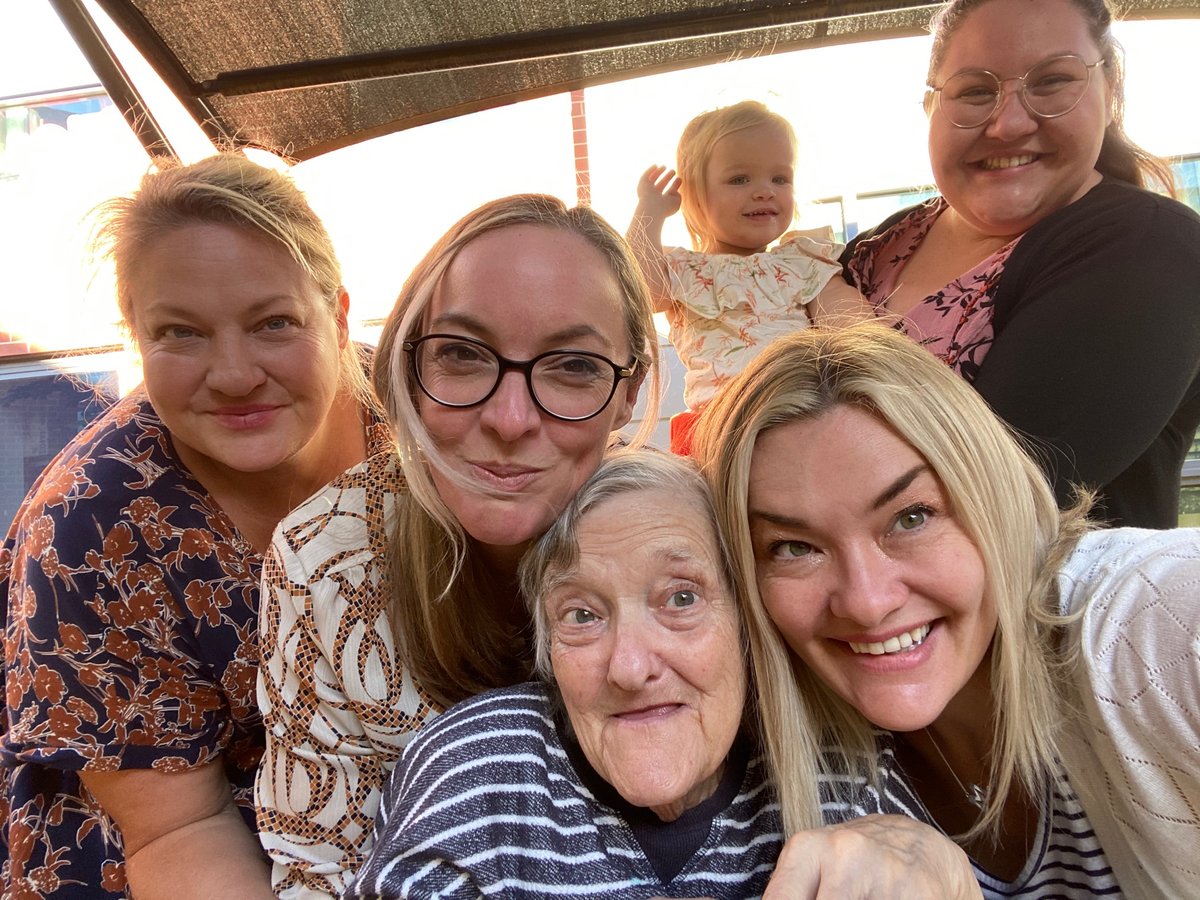 It was around her 70th birthday that my sisters and I started noticing that things weren't right. Mum would think she had told us something and then would get so upset when she hadn’t. She started getting quiet in group conversations or just seemed down then suddenly panicked. I was beside myself. I researched. I spoke to the people at Dementia Australia, who were so kind and patient with me. I cried with my sisters. I compulsively, and what I thought was covertly, checked Mum’s memory by bringing up past events to see if she could recall them. Of course Mum noticed and was annoyed, (clearly, I wasn’t that subtle). I just desperately wanted it not to be true - we all did.

But it was true. After three years of tests, mini mentals, MRI’s and neurologist appointments, Mum was diagnosed with Alzheimer’s disease. She was started on medication, and it worked.

I believe it gave mum at least an extra year or two of lucidity, another year or two of laughter and shopping and endless phone chats with her daughters. I am grateful for that. I mean, I try to be grateful.

The truth is there are days when my heart is too broken to feel gratitude. When I see the nursing home staff trying to coerce mum into the dining room like a child, I know they mean well but I want to scream. I want to grab them by the shoulders and say you have no idea how great this woman was, she used to cook for this many people every night, she commanded every room she walked into. She was quick as a whip and harsh as you like. She used to make my sisters and I laugh until we could barely breathe. 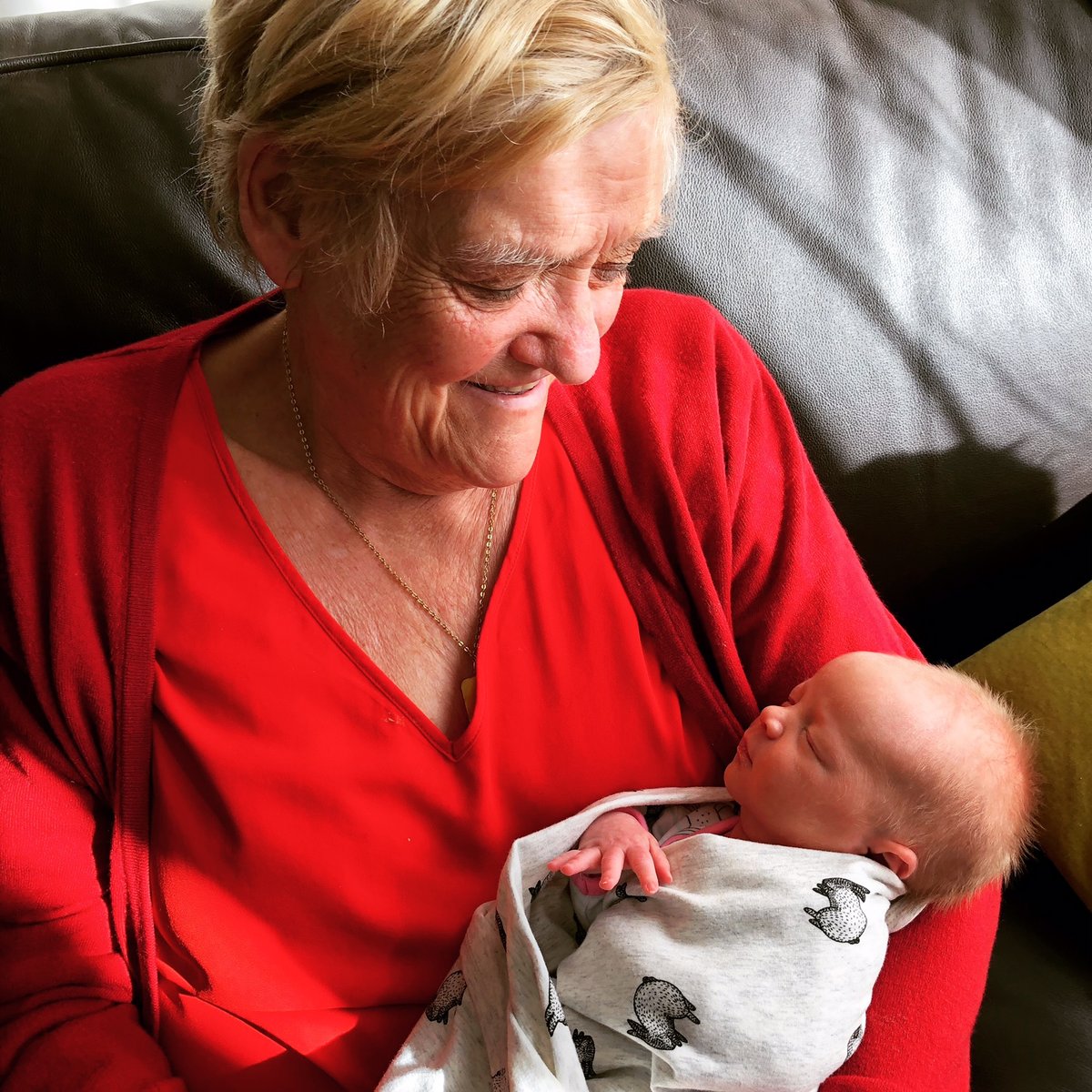 My mum with my daughter Piper in 2018. Image: Supplied. Dementia is a cruel, life stealing disease. It quietly takes the person you love while you are sitting right there. Mum is 82 and in a nursing home now. She needs 24 hour care and sometimes she is so terrified and confused that nothing will console her. Sometimes she is quiet and oblivious. Sometimes she forgets me, but what is worse is that she has forgotten herself.

I don’t usually ask people to donate to things, but as time goes on, I find myself looking at my own daughter Piper and knowing there may be a day when I forget a visit from her. So, I am asking please donate if you can. This insidious disease needs to be stopped. Hopefully before Piper finds herself writing something like this about me.

You can donate to Dementia Australia here.

Reply
Upvote
Melissa it’s Heather Geddes. My Mum Judith used to be in Care with your Mum. I often think of your Mum. A beautifully written and heart breaking story. Sending love to you guys

Reply
Upvote
My beautiful fierce mum lost her battle with Alzheimer’s in 2017. She was just 72. I wasn’t going to comment but my breath caught when I saw the caption under the photo of your mum with the baby. My baby girl is also Piper. My mum died when she was 4, but they never really got to know each other. Such a heartbreaking journey for all
News
General
Opinion
True Crime
Politics
Sport
Explainer
Entertainment
Celebrity
Reality TV
Movies
TV
Books
Rogue
Royal
Lifestyle
Beauty
Fashion
Weddings
Home
Wellness
Health
Fitness
Travel
Food
Parents
Before The Bump
Pregnancy
Baby
Kids
Teens
School
Parent Opinion
Work & Money
Money
Finance
Career
Lady Startup
Relationships
Sex
Dating
Separation
Friendship
Family
Real Life
Couples