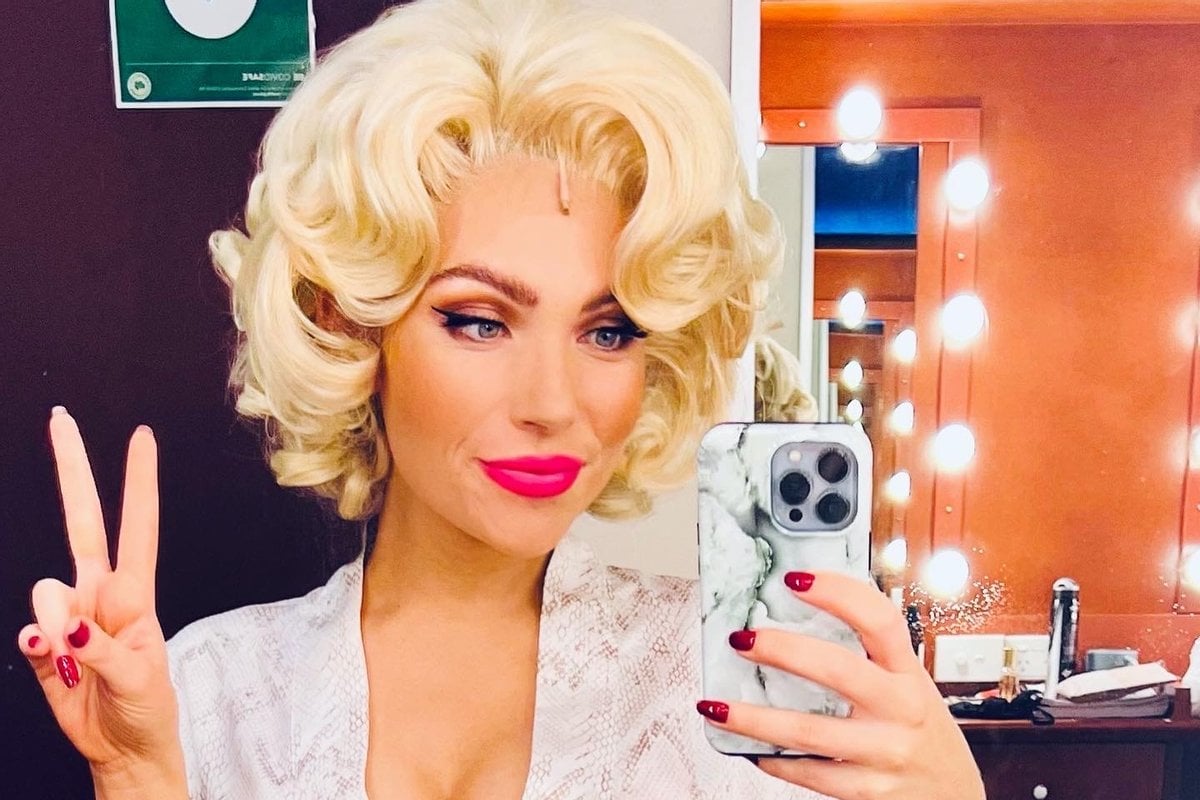 This week, we find out what life is like for actor, singer, songwriter and star of 9 to 5: The Musical, Erin Clare.

Whether she's on the stage playing the enigmatic character 'Doralee Rhodes' in 9 to 5: The Musical, or resting her voice for a massive day ahead, Erin Clare is always on the clock.

The actor and singer is currently touring throughout Australia for the production of the West End hit 9 to 5, featuring the musical score Dolly Parton herself wrote, based on the beloved 1980 film.

As a 90s kid herself, Erin didn't grow up immersed in the earlier days of Dolly Parton's music, but admitted she "fell in love" after hearing 'I Will Always Love You' for the first time.

Watch: Behind the Scenes at 9 to 5 The Musical Australia. Post continues after video.

"I missed out on Dolly's early catalogue, but being one of the most prolific songwriters of our time, I was introduced to her early on," she tells Mamamia.

So as a devoted fan, it was no surprise Erin was able to flawlessly take on the character of Doralee Rhodes - the same role Dolly herself played all those years ago.

Her love for the role? Understandably immense.

Erin's days are not at all the same, but they always begin with total silence until 10 am so as not to strain her voice, and then it's straight on to a piping hot shower.

"The steam really helps keep everything hydrated and warm and I usually just begin with doing some vocal sirens," she explains.

However, the rest of her afternoons depend on whether she has one or two shows in a day and until then, not much is set in stone.

"I try to go to Pilates or Yoga to make sure that my body and mind are calm and ready to do the show," she says. "Any chance to get out into nature before heading to the theatre is also really helpful in keeping me mindful and balanced before getting to work."

Erin went on to say she tries to be at the theatre at least an hour or so before the show begins, so she has time to warm up and start the make-up process.

"The eye make-up is probably the most elaborate part," she says. "After that, I'll head to vocal and physical warm up at the hour call and sometimes do an additional warm-up as I put my hair into pin curls to go under my wig.

She added: "I get my mic put on 15 minutes before showtime and finish my prep with my wig and costume." 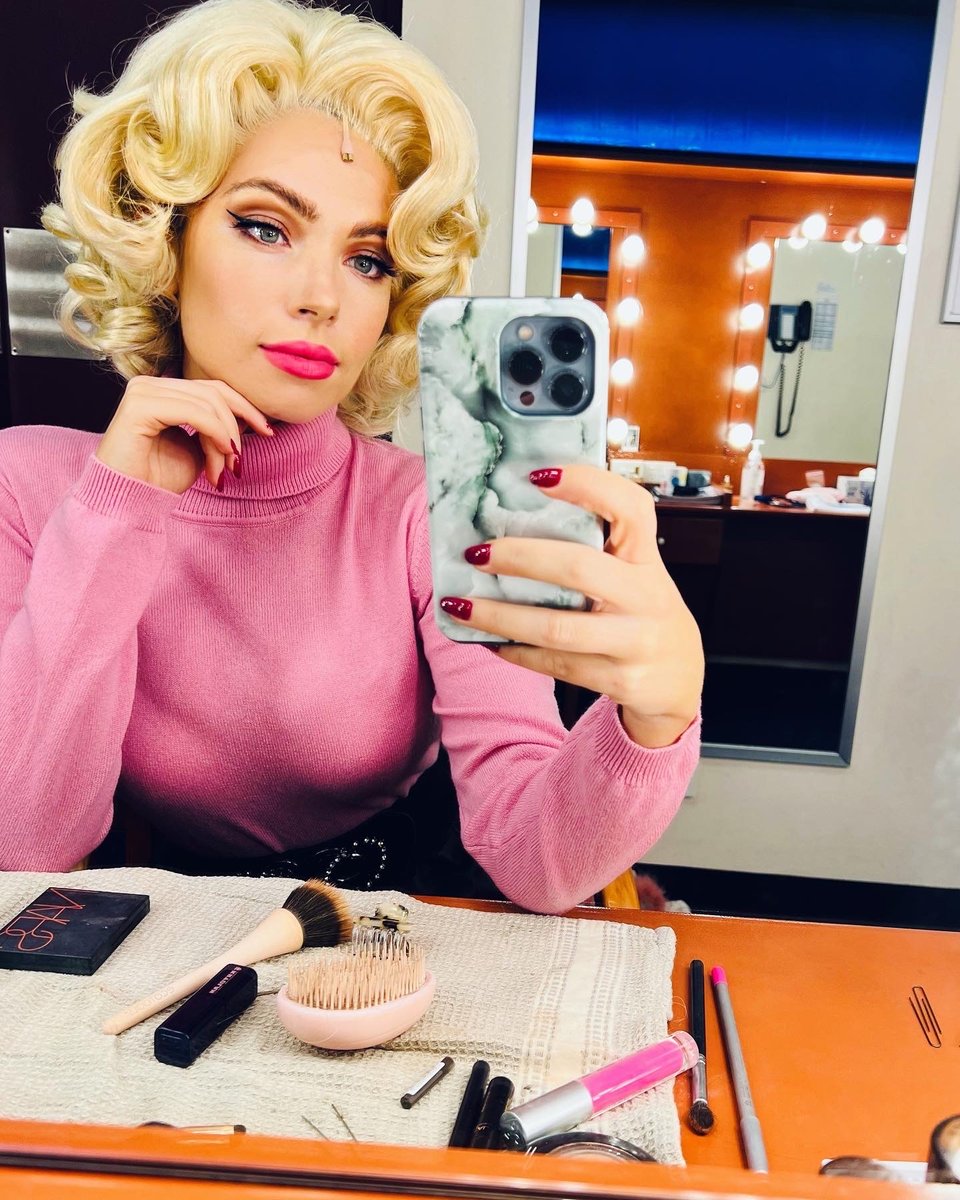 Erin Clare shares a day in her life with Mamamia. Image: Supplied.

Before taking on this role, Erin admits she wasn't hugely familiar with the musical, but was hooked after listening to the original broadway cast recording and singing a score written by her idol, Dolly.

"It was more than enough to spark my interest," she reveals. "And then after watching bits and pieces of the staging, I knew it was something I wanted to be a part of."

Pre-rituals are procedural in the theatre world, and for the 9 to 5 cast, it's the exact same sentiment.

"I love to check-in with the rest of the cast side of stage as we are waiting for clearance and the audience to finish loading in," she says. "I do a tap dance in my fluffy slippers with my amazing understudy Lily. I always like to sing my opening verse in 9 to 5 from the wings as well and I love watching our amazing ensemble and swings dance in the opening number!"

Of course for Erin, the prospect of playing a role made famous by someone like Dolly Parton was incredibly intimidating. But for her, it was a role she couldn't pass up.

With the understanding that the character 'Doralee Rhodes' was written specifically for Dolly, she was intent on paying homage to the iconic singer without making her own portrayal into a caricature. 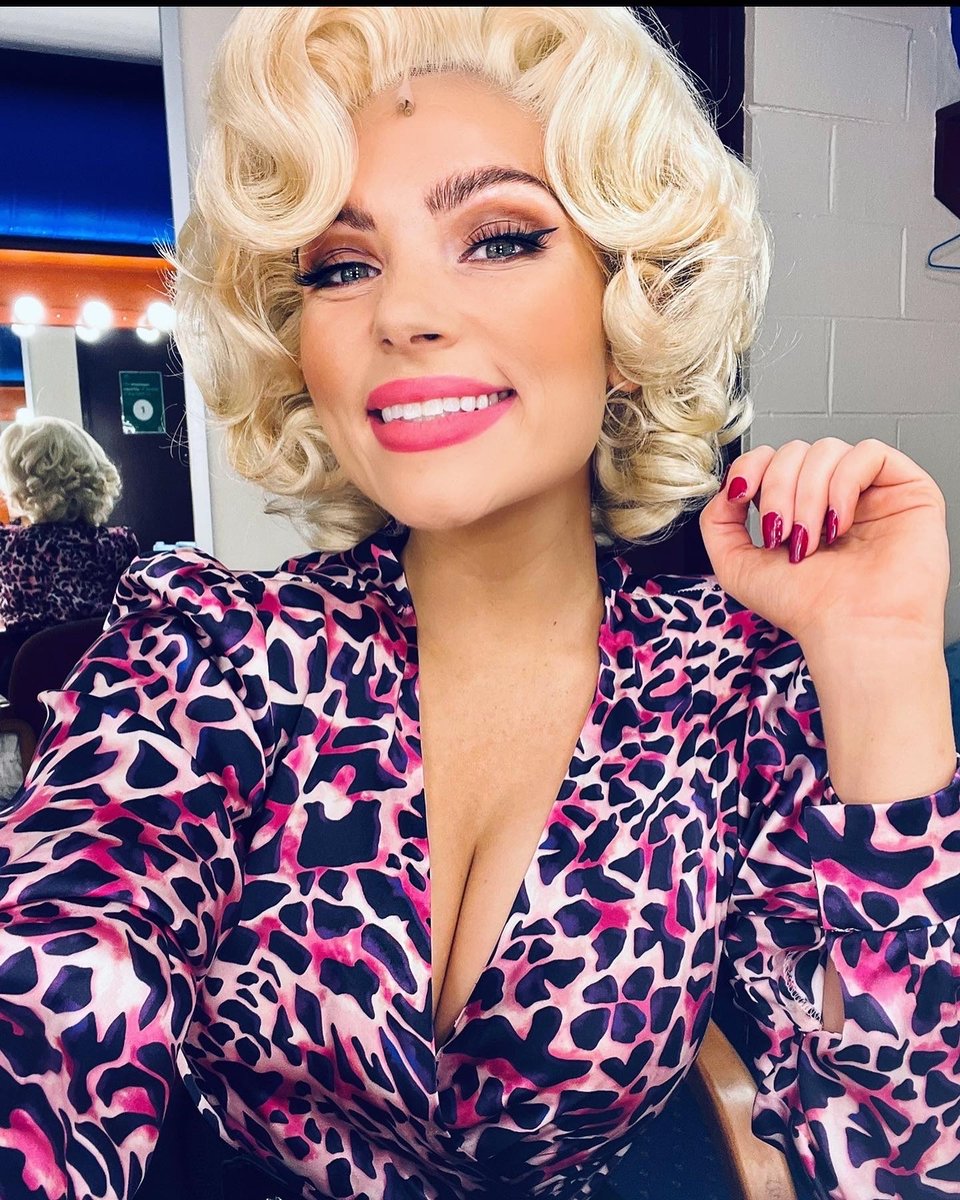 "My entry point into playing Doralee was studying the accent," she explains. "I had some coaching prior to rehearsals, and that really helped with her characterisation. Luckily, there’s a treasure trove of interviews with Dolly, and getting her walk down was the next step."

She added: "Our incredible wig department has done an absolutely incredible job with the styling of my wigs for the show and a tight shirt, high heel and great wig goes a long way in bringing her to life."

Touring around Australia is undeniably an exciting experience, but for Erin, it's about maintaining a work-life balance. To do so, the theatre star makes it a priority to contact her family and friends often.

"I try and have a long phone call or Facetime chat with my best friends to stay connected and keep a sense of that work-life balance," she says. "But honestly, I am so lucky that the entire cast and crew of this production are absolute winners and we always find exciting things to do with each other while on tour."

The lights, the dance numbers, the wigs and the glitz of it all aren't what's most important for the 9 to 5 star, but those she works with, including Marina Prior and Casey Donovan.

"I adore the people I work with and truly look forward to seeing them each day. They make this experience feel exciting and fun and I love finding new moments to interact with the cast and crew," she told Mamamia. 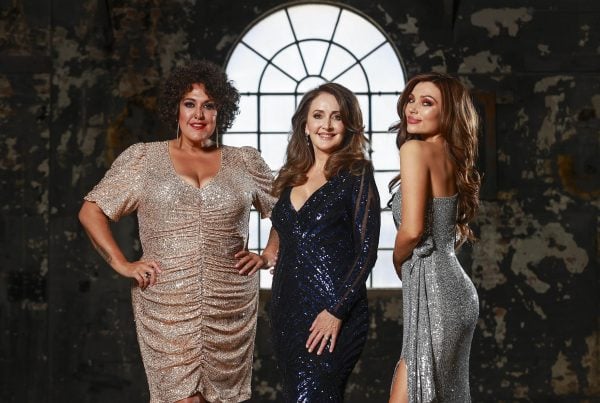 Casey Donovan, Marina Prior and Erin Clare. Image: Courtesy of 9 to 5.

Overall, the influence of Dolly Parton on Erin has been paramount, revealing that undertaking a similar journey as the powerhouse American singer and actor for 9 to 5 was an honour in itself.

"She is not only one of our most prolific songwriters, but she is an incredible philanthropist, businesswoman and feminist icon who seems to appeal to all intersections of society," Erin says. "She has built her legacy on integrity, talent and individualism, all the while staying true to herself.

"I think if more people were like Dolly Parton the world would be a kinder, more sparkly place."

“9 to 5 is playing in Brisbane until 2 July, then Melbourne and Adelaide. Tickets are on sale now. For full details visit 9to5themusical.com.au.