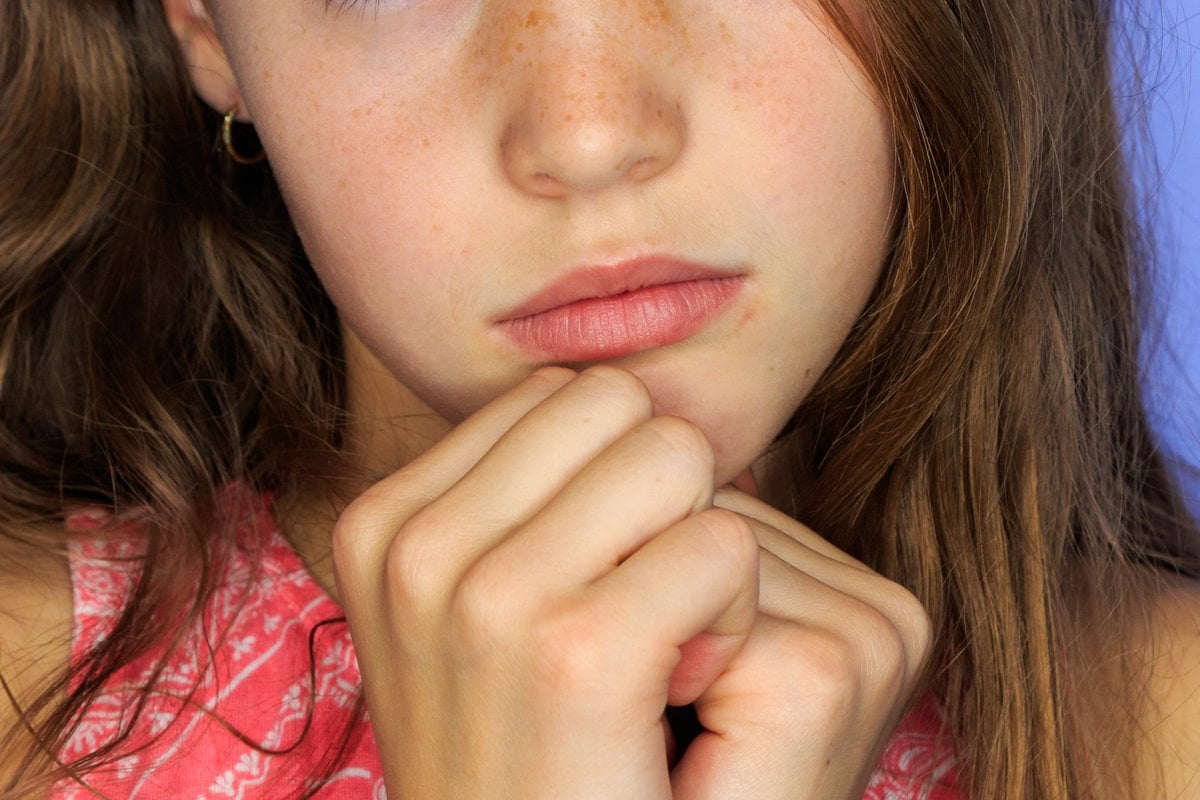 In my first few months of becoming a mother, it was a blur of mornings, evenings, night times, days, and weeks all becoming one.

At times it felt incredibly long and arduous, as if I’d never quite break through the dark cloud to the light at the other side.

During this time, people would tell me: “Don’t wish the time away because they will grow up before you know it.”

Watch: The horoscopes as new mums. Post continues below.

And while this advice irked me beyond belief at the time, and still even now, unfortunately, it does have a few kernels of truth within it.

For me and my eldest daughter, it’s not that her actual biological years have flown by, it is her development into a woman that is already happening and definitely before I was expecting it.

She is an eight-year-old girl, in the early stages of puberty and has been since she was six.

As a parent, realising that this is occurring - and much earlier than I anticipated - is quite confronting. Despite reading up on puberty and its stages and discovering that early puberty is actually quite common, it's still something I wasn’t quite expecting or wanting to happen.

There was a part of me that wanted just a few more years of my girl being a little girl.

A little girl that didn’t have to worry about things happening to her body and everything that this meant. I had wished that she could stay in a little bubble of innocence where her biggest concern was what to take in for Show and Tell or whether to choose gymnastics or the trampoline centre for her next birthday party.

For me, early puberty meant readjusting my perception of my daughter - accepting that my little girl is changing in oh-so-many ways and will continue to do so now until she is no longer a little girl at all but a woman.

It is working out the best way to deal with the questions, the discussions and the challenges that will arise and how I can help make this experience as positive and supported as it can be.

Like my daughter, I too was an early bloomer.

I had my period at 12, developed breasts at 11, and I am sure lots of other things I can no longer recall happening even earlier than that.

Although I can’t say that my experience of puberty was something I remember fondly, I had always thought to myself that with my two children, I would do my utmost to make it as comfortable as possible for them by taking learnings from my own experience and normalising puberty, even adding a positive spin where I could.

I just didn’t think I’d be doing it quite so soon.

Listen to Mamamia's parenting podcast, This Glorious Mess, on how to have the birds and the bees talk in 2021. Post continues below.

Looking back, I now realise my daughter began this journey years ago, when she developed body odour under her armpits on hot days or when she’d been physically active in her first year of primary school.

For a while, I thought perhaps she just wasn’t washing properly under them but now I know it was the first of many changes.

Next was her body curving, changing from a tall bean pole, straight up and down, through to a still tall but now curvy body, wider hips and more fat on her thighs.

Next were her breast buds, small little bumps underneath her nipple where soon her breasts would literally bloom from.

And then came the body hair – firstly more noticeable darker hairs on her arms and legs and then some sprouts on her vagina.

When my daughter pointed out the pubic hair, the most confronting change for her so far, and asked me what was happening, in her eyes my reaction was positive.

I was proud; I spoke openly and honestly, and I did everything I thought that as an eight-year-old I would want to hear and how I would want to feel while beginning to go through such significant changes to my body.

My daughter walked away feeling proud that she was changing, that she was becoming a woman. She had an air of confidence and self-assurance that saw tears fall from my eyes.

I knew then and there that she would be okay, that together we would not only make it through puberty, but we would embrace it as the beautiful, natural process of change that it is (as uncomfortable and awkward as parts of it are).

My tears were also because I knew that my little girl was all of a sudden not so little anymore and just like people had said to me once, it happens in a blink of an eye. And for me as her mother, I am just not quite ready for that to be true.