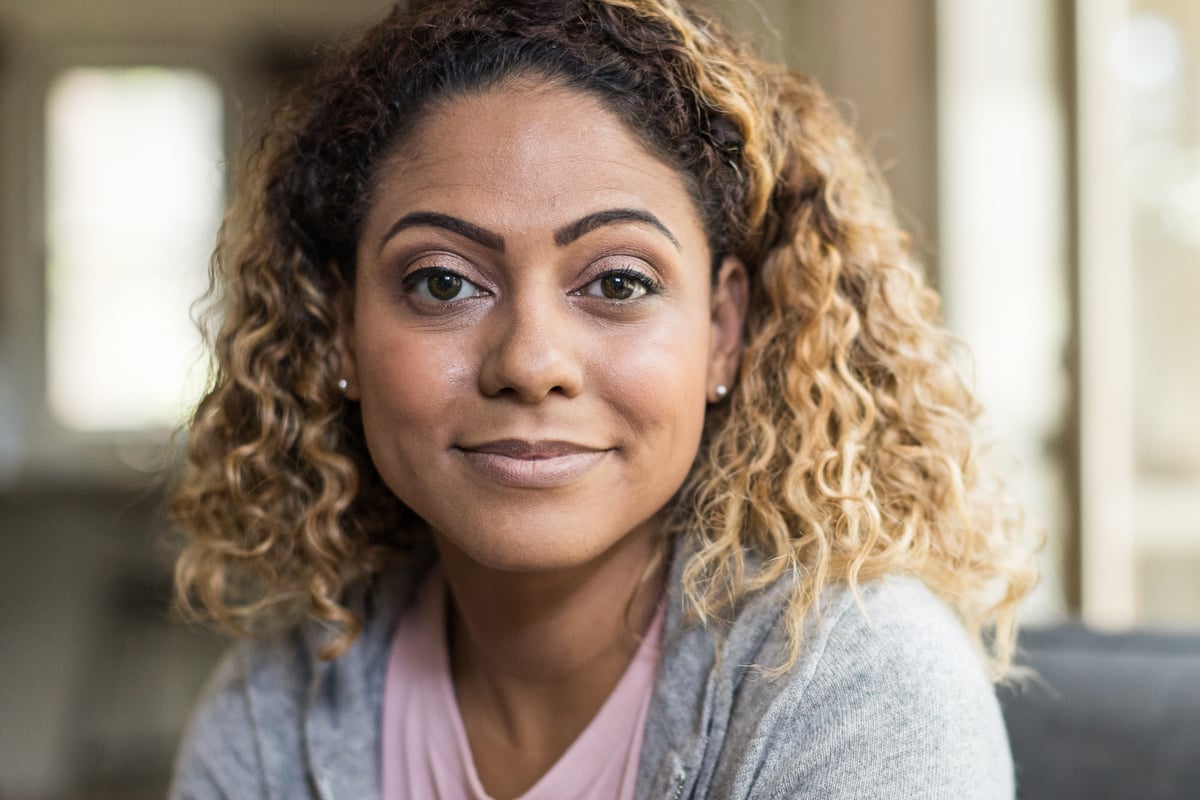 I matched with Elliott on Bumble, and he was so insanely good-looking in all of his photos that I wasn’t even sure if he was in my league.

On top of being just pretty, he was everything I could have asked for on paper: he had an established career, was intelligent, well-educated, and seemingly mature with a good sense of humour.

“This guy is the total package,” I told a friend of mine on the phone.

“Are you nervous?” she asked me.

I nodded to myself, told her, “Thanks,” and hung up.

Despite her pep talk, I proceeded to have the most terrible first date I’d ever experienced.

I could feel the date lurching away from me as soon as it began, but I was helpless to stop it. I, a relationship coach, committed nearly every first date mistake I could have.

I never intended on being late. I’d actually arrived at the restaurant right on time, but before heading in, I pulled down my mirror to check my make-up, only to see that my mascara had run. Frantic, I fished in my purse for a compact and mascara.

By the time my face looked presentable again, I was now seven minutes late. When I walked in, he was already seated and staring at his phone. I hadn’t even done him the kindness of texting him I’d be late.

I cringed inwardly. I know what it’s like to have someone not show up on time. It guarantees that the other person will be annoyed, and you come across as disrespectful of their time.

2. Being rude to the wait staff

I flagged down our waiter. When she tried to rattle off the specials, I cut her off, “Can I just order a drink?”

“Of course, ma’am,” she told me, but I could tell I’d been rude and she was put off.

Anyone rude to the wait staff probably isn’t going to get another date. If they’re rude to strangers, why would they treat their date any better?

Our server looked at me expectantly for my drink order.

“Whiskey neat and a water, please,” I told her. My heart was beating so fast in my chest that I was certain a stiff drink would help me calm down.

“Nothing in it?” I prodded.

When the whiskey arrived, I downed it and immediately asked for another.

It wasn’t long before I got sloppy, and sloppy’s not a good look on anyone.

4. Talking about an ex

I’ve said it before, and I’ll say it again, if your ex’s name is in your mouth, then you’re not over them.

Elliott hadn’t asked for details about why my most recent long-term relationship had ended, but I told him anyway. In detail.

Asking questions conveys that you’re interested in the other person, that you’re not a self-centred jerk. I was intent on “impressing” Elliott. I was convinced he was already perfect and amazing, and I just needed to show him that I was as well, so I just talked about myself.

While vulnerability is attractive and helps build intimacy and trust, it has to be developed over time. You need to reveal yourself slowly, a bit at a time, instead of throwing the whole of yourself — flaws and all — at this new person you just met.

What silliness did I overshare? I spent probably ten minutes talking about my problematic relationship with my mother. *facepalm*

There’s a difference between presenting yourself and your accomplishments in the best light and outright bragging. Bragging is always a turnoff.

You can say that you’re a CEO for a Fortune 500 company, but you shouldn’t then follow that up with how you make six or seven figures a year and just bought your second yacht.

Since I was trying to “prove” that I was worthy of him, I bragged about everything: my duplex, my job at a non-profit, my…sexual abilities. It horrifies me to even write that, but I tried everything I could to make myself attractive to him — both inside and out — not knowing that everything I was doing was making me unattractive.

8. Giving a lecture about your personal beliefs

“What’s your political affiliation?” I asked him.

“It’s what I’ve always been. It’s what my family is,” he said casually.

I gaped at him, took a deep breath, and launched into a tirade about the Republican’s party long campaign to take away women’s rights.

There’s a reason why politics, religion, and money shouldn’t be mentioned on the first date. People feel very passionate about their beliefs, and it’s easy to move from discussing to yelling over each other when you may fundamentally disagree.

If I’d taken the time to listen and discuss with Elliott instead of making a lot of assumptions, I would have learned that he agreed with me on nearly every social policy I cared about. I should have been more cautious about bringing up the topic.

9. Checking your phone too often

Your date is going to think that you’re bored or distracted if you keep looking at your phone, which isn’t going to make them feel all that great. If you have to check your phone, apologise, explain why, and do it quickly.

Don’t pull a Tara-Blair-Ball and scroll through your IG feed to show your date pictures of the interesting places you’ve visited while silent. Also, don’t respond to any texts that don’t necessitate an immediate response.

He walked me to my car at the end of the date.

“Well, that was interesting,” he said as I knocked into his shoulder. “Are you sure you’re okay to drive home?”

“I think I’ll call my friend,” I told him. “She’s right around the corner from here.”

“Okay, good,” he said. “It was nice meeting you.” I looked down as he held out his hand. He wanted me to shake his hand.

I gave him a look and instead leaned in to kiss him. He stepped back, and I found myself off-balance and had to touch his arm to right myself.

“Sorry, I’m just not feeling it,” he told me. “Will you let me know if your friend doesn’t come? I’ve got to get home to get up early tomorrow.”

I looked at the ground and nodded. “Nice meeting you too.”

I then sat in my car while I waited on my friend. Once I’d made sure Elliott had driven away, I sobbed until my mascara all ran.

Dating is so hard. That date bombed so fantastically because my poor little self was so insecure. I walked into that restaurant believing my date was better than me, that I was a dog turd on a date with a 3-carat diamond. If I’d actually had better self-esteem, I would have realised that I’m pretty awesome﻿﻿, and I could have let him see that.

Sometimes we’re simply not ready to date, and that’s obvious because we commit these kinds of mistakes. Rejection, especially after a date, sucks, but the only way we can find love is to learn from our mistakes and try, try, try again.

Tara Blair Ball is a freelance writer and author of the memoir, The Beginning of t﻿he End. Check out her website here or find her on Twitter: @tarablairball.