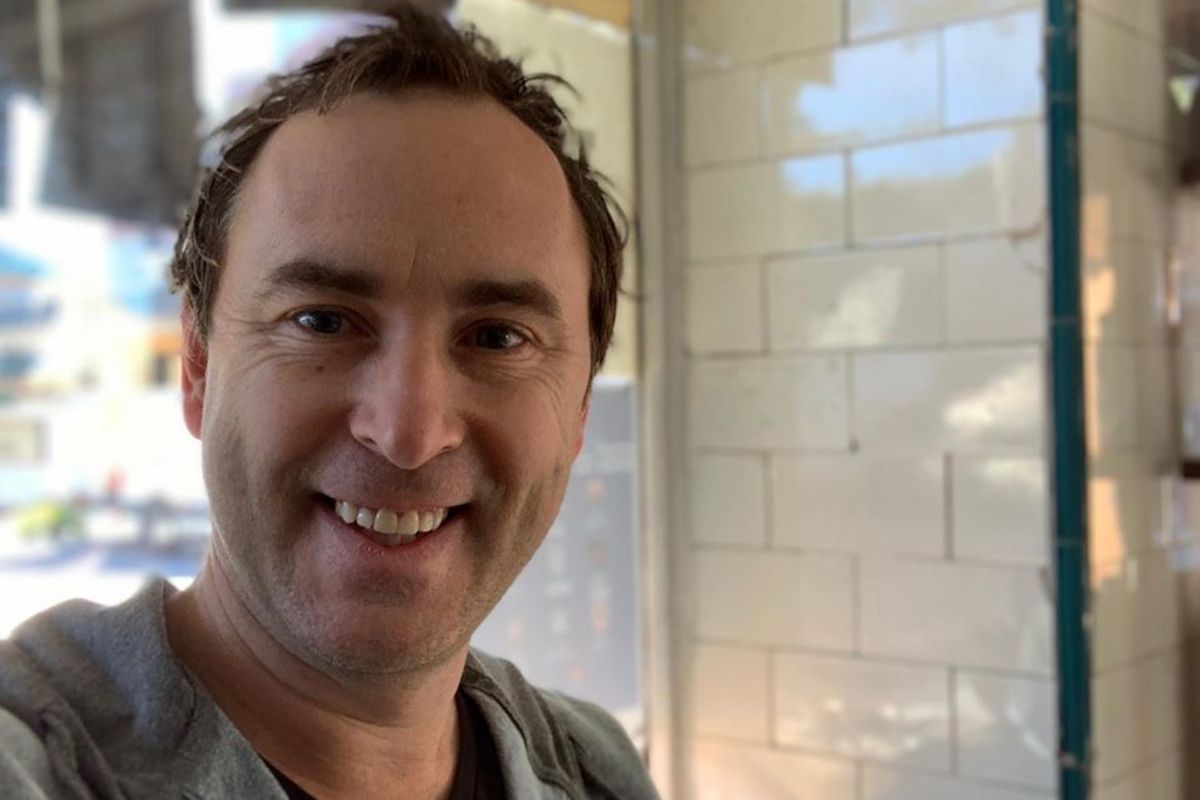 Want to know how long it’s been since Damien Leith beat out Jessica Mauboy and Dean Geyer to take the title of Australian Idol? It’s been so long that Leith’s son Jagger, born the year after his Idol win, is now recording his own EP.

“He’s mad into production and he writes all his own songs,” Leith tells Mamamia. “It’s beautiful to see.”

Leith, who won Idol in 2006, is dad to Jarvis, Jagger and Kikki. Because of COVID-19, he’s had to cancel dozens of shows, which means he’s been spending his weekends at home with his family in the NSW country town of Scone.

“To be forced to not go away somewhere at the weekend has been absolutely brilliant,” he says.

As well as helping Jagger record in the family’s home studio, Leith has been helping Jarvis with his guitar playing and Kikki with her videos. All three have inherited their dad’s love of music, including music their dad has written.

“My daughter has put up a TikTok video of herself dancing to one of my songs, and I didn’t ask her to do it!” Leith says with a laugh.

Leith, his wife Eileen Stapleton and their three children moved from Sydney to Scone in the Hunter region two years ago so he could take up a job in breakfast radio. Despite having to get up at 4am every day, Leith says he and his wife “haven’t looked back” since making the move.

“It’s a gorgeous, gorgeous place,” he says. “I’m originally from a little country town in Ireland, so I always wanted to revisit that whole idea of country life, especially with the kids.” 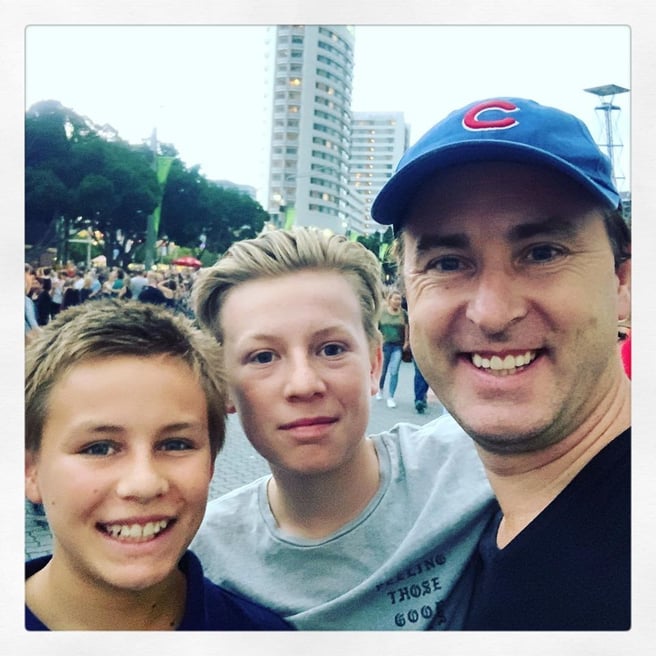 Living in the Hunter inspired the couple to write the script for a movie set in the region. Called Just Ruby, it stars Leith as an Irish singer visiting a small town in a time of drought.

“It’s a traditional sort of romantic movie,” Leith explains. “We describe it as like a Notting Hill in regional NSW.”

The movie has been shot and is now being edited. Leith admits it was a “funny thing” playing the lead in a romantic movie that he had scripted with his wife.

“At least, any doubt or anything, you could always say, ‘Hey, we both wrote this together – we knew what was involved!’” he laughs. “It was a bit strange, that whole aspect of it, but it is a light romance.”

“When I was younger, all I ever wanted to be was an actor. The school I went to only did musicals. I wanted to act, so I thought, ‘All right, I’ll sing and give it a go.’”

Back in 2006, when Australian Idol came along, Leith had been a chemist for 10 years and was working at a pharmaceutical company, playing in bands on the side. He’d decided not to audition for the show, but on the day of the Sydney auditions, he bumped into some friends who convinced him to have a go.

“I just felt, at 30, maybe I was too late to enter something like that,” he remembers. “They encouraged me, and that afternoon, I went straight into Darling Harbour for the auditions.”

One of the friends had lent him his “lucky leather jacket”, and Leith wore it as he sang for the judges. Kyle Sandilands was critical of his appearance – “He was rough,” Leith remembers – but he made it through to the next round, and the rest is history.

Leith says the singers on Idol that year, who included not just Jessica Mauboy and Dean Geyer but also Bobby Flynn and Lisa Mitchell, were an “absolutely beautiful” bunch.

“We’ve all stayed in contact ever since,” he adds. “I’ve always remained good friends with Jess – I think she’s just an absolutely beautiful person, she really and truly is – Bobby Flynn and I are really good mates, and Dean Geyer, every now and then a little text.”

“I think myself and pretty much other musician out there is hoping that by that stage we’re in the clear and people come out again.”

But for the moment, he’s making the most of the extra time with his kids.