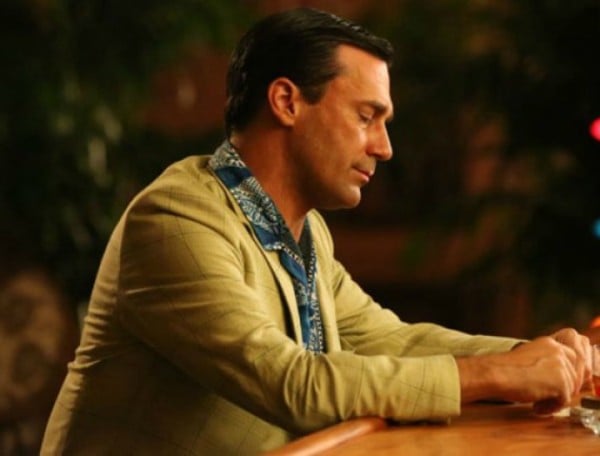 If you’re an expectant father, don’t expect any paternity gifts.

Picture blue and white balloons lightly bobbing against the particle board ceiling. A tiny little Tigers’ jumper on the fold up lunch table. A throng of smiling guys and girls, sipping cups coffee and chowing down on a scrumptious hipster cafe peach and ricotta muffins. Everybody is gathered to celebrate the impending birth of a kid. Everybody is celebrating the fact a dad is about to become a father.

Sounds weird, right? Sounds like a fantasy world. Just hear me out.

Holly and Andrew discussed Jeff’s dilemma on the latest episode of This Glorious Mess:

Look, I’m super happy for my female friends who are having kids. Some of them are having kids for the first time. And they’re doing a bloody good job. They are carrying a kid inside their body. They are doing the tough job and power to them. Full respect.

Our jobs, as fathers, in this stage of the parenting journey is easier than that of our partners. Men don’t have to give birth to the child. Our job in the ‘creation phase’ is nowhere near as difficult. Hell, it’s even darn good fun!

But we still have some sense of ownership over the pregnancy experience. It's still my kid. And if my partner is with me, then she should get all the presents and flowers because she's the one giving birth then I'm totally cool with that.

But what about when your partner is not around? Say, at your work? Or in a voluntary organisation? If you're the only member of a relationship present within a particular organisation should you not expect anything because you're a man? Is that okay?

Now, try this on for size. I was at an event held at a cafe with the local soccer club that I've been involved with for quite sometime. We were all getting together to celebrate the fact that Jenny Fakename (not real name) was having a baby. I'm happy for her and she's being showered with books, kids toys, the works. I was sitting thinking about the fact that my partner and I are expecting our second child a week after Jenny Fakename. And nobody cares. Nobody even asks, even though I've told all of them that I'm having another kid.

I bite my tongue for about an hour. And I'm conflicted because Jenny is a good friend and I'm really happy for her, but it's crummy to think that you're going through something similar and nobody cares. Yeah, I know "it's not in my belly", but fatherhood means a lot to dads.

Finally, a voice pops out of the infuriating babble and chirps, "Jeff, you're having a kid too, right?"

"Yeah, two weeks after Jenny in fact", I replied in a robotic fashion.

People could tell I was pissed off. I guess I'm not a very good robot.

I decided to continue while I was on my high horse, "You know, we might have our kid around the same time as Jenny, if the kid arrives early. Oh, and I guess I shouldn't expect a gift, because we won't be meeting up again until May. Actually, while we're on the topic of baby shower gifts I'm still waiting for a gift for my daughter. She turns three this year".

At that I got up from my seat. Paid for my coffee and walked out.

To be honest, I don't really care about the gift. We've got stuff we want to get rid of, but it's the thought that counts. Or, it's the lack of thought that really counts. It always sucks to be left out. Nobody enjoys being ignored. Even if you’re a total wallflower, it sucks if people are choosing not acknowledge something that matters to you.

I'm really excited to be a father again, but some of my friends are over the moon about becoming a father for the first time. It means a lot to them, more than you'd think. I've literally seen men transform from immature douchebags to responsible human beings when they became fathers. And yes, I'll include myself in this category.

Most dads I know are hands-on dads. They change nappies, get up in the night, they cook meals, take the kids out on the weekend so mummy can have some downtime/sleep/regain sanity. Dads in 2016 are not douchebag Mad Men era dads, who are busy drinking scotch at the desk or shagging a female colleague while their wife is in labour. Most dads I know really want to be a dad. They love it. I love it. It's awesome. Let’s give them a bit of love.

So, if you know someone who is becoming a dad, buy them a Peppa Pig doll. Or a baby blanket. Maybe even go to the trouble of finding out the gender of their future child and buy something specific. Maybe a future dad next door might have a favourite footy team and a baby sized footy jersey will be the perfect gift. Even if you don't care about the fact that they're going to be a dad, they care. A lot. And acknowledging their experience will mean the world to them.

Watch The Motherish team confess what they really do when their kids go to bed.