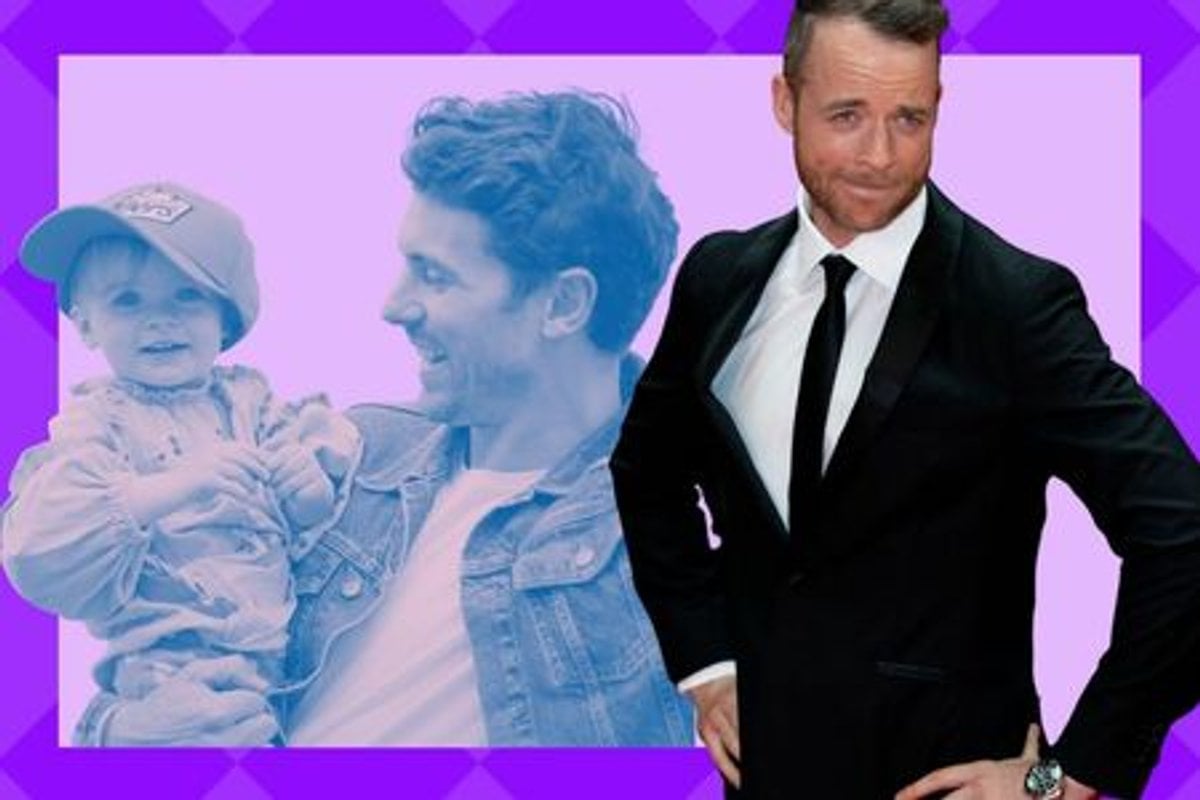 For Mother’s Day, Mamamia wants to promote gender equality by encouraging women to #LowerTheBar for themselves and others. The standards are so high for mothers and the ultimate cost is women’s mental health and wellbeing. That's why you'll notice something different about the stories on our homepage today. To draw attention to the underappreciated reality of being a mother in 2021, we've written satirical stories using headlines that would never, ever be written. Ultimately, the message is that mums are held to an impossible standard, and this Mother’s Day, we should give them the ultimate gift: kindness. You can read more about Mother's Day at Mamamia here.

In 2017, a mere three days after his daughter Rudy was born, Hamish Blake emerged from his Melbourne home.

He was wearing shorts and a t-shirt, with rubber thongs on his feet.

The comedian and podcast host was met at his front door by a crowd of journalists and photographers, eager to get a photo of his post-baby body.

"Hamish... Hamish... how did you do it?" asked a keen tabloid cadet, who had managed to elbow her way to the front of the pack.

"Do what?" Hamish replied, shielding his eyes from the camera flashes.

"How did you bounce back so fast?" she asked.

"Well mate, I did three situps last night which made Sonny giggle and then I woke up this morning, sniffed a green smoothie, popped on the old shorts and here we are," Hamish explained.

"I guess you could say I haven't bounced back at all. This what a real dad's body looks like," he said, while wiping a stray cornflake from his cheek.

The words "brave" and "hero" and "what a guy" were whispered between members of the media, as they quickly jotted down Hamish's quotes.

"Yeah, I think it's important to show Australia what new dads really look like," Hamish said, while striking a series of poses reminiscent of Spike in that infamous Notting Hill scene.

"Not all heroes wear capes but some of them are going out for a much-needed bacon and egg roll and nappy run."

What followed was an epidemic of new dads embracing their post-baby bodies. Public spaces were crowded with new dads - their softer bellies, pasty white legs and receding hairlines on display.

Later that year, Sam Wood admitted to not even running a marathon and enjoying the occasional cheeky spag bol in the weeks after his daughter Willow was born.

"I'm changing the narrative," he told his fans on Instagram.

In June 2019, after he welcomed his first daughter Marlie-Mae, with partner Laura Byrne, Matty J was seen in public with the makings of a... moustache.

"Yeah, I haven't changed my t-shirt in three days," he told the crowd who had gathered in the Bondi town square to hear his birth story. "Not sure why, plenty of clean t-shirts available in the wardrobe."

"That's new dad life for you though - I've learnt I'm beautiful just as I am."

"But don't you feel pressure to bounce back?" asked one fan in the crowd.

"Pressure?" replied Matty J, looking around the crowd confused. "From who?"

When Osher Gunsberg welcomed his son Wolf in 2020, he said he wasn't going to be ashamed of the impact the birth had on his body.

"This is just what my hair looks like now - it can't be perfectly quiffed and rose ceremony-ready at all times," he said.

"Sometimes I don't even wear a suit. I know it might shock the Australian public to hear that.

"But this is what a real post-baby body looks like."