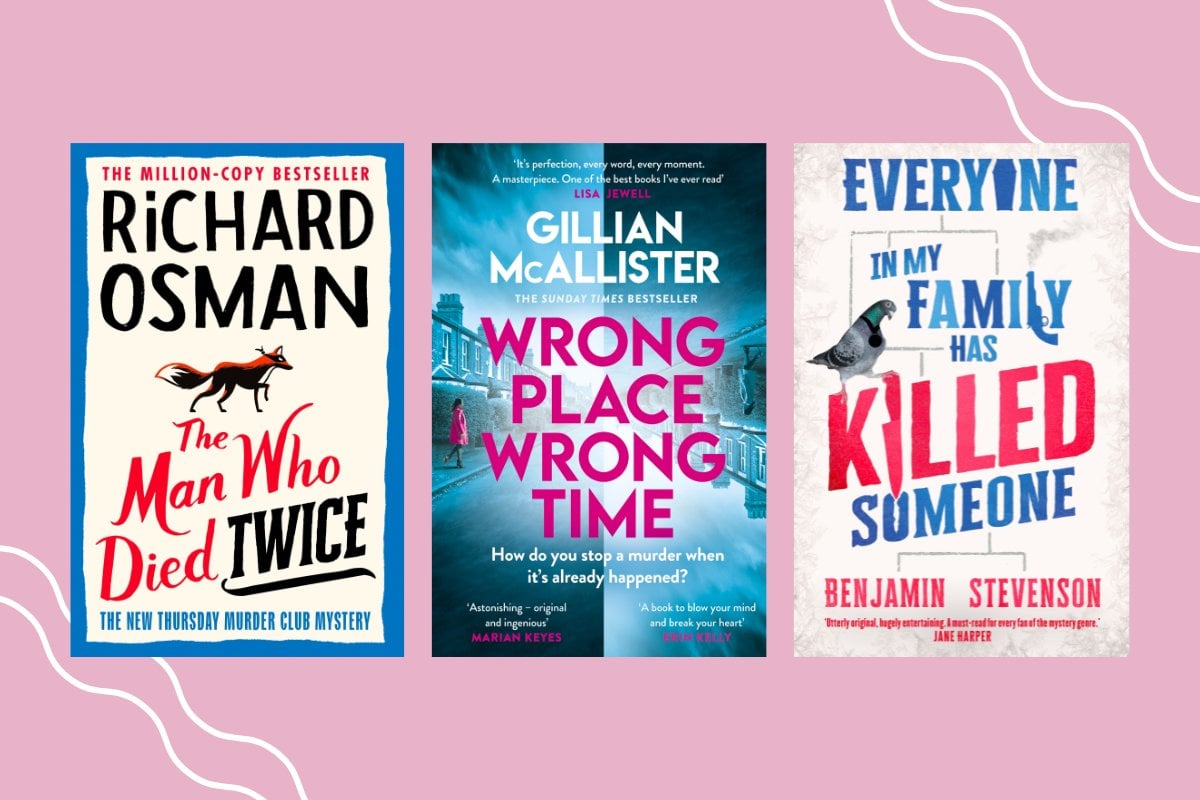 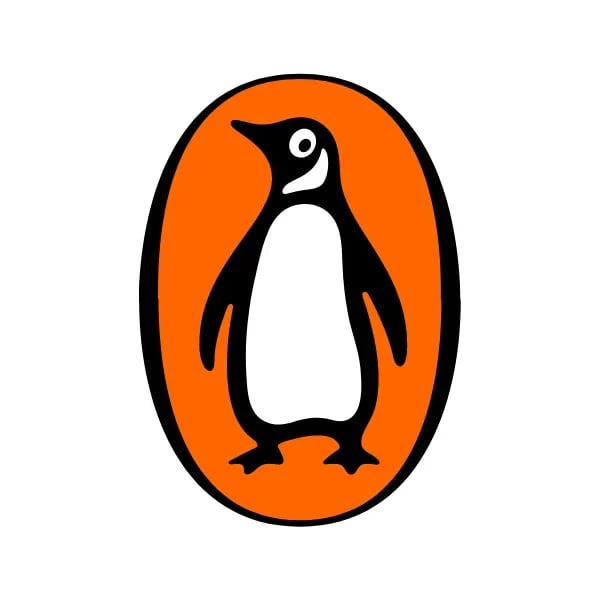 Thanks to our brand partner, Penguin Books Australia

Winter is well and truly here, so if you need me, I’ll be curled up, lost in a dark and twisty thriller.

Following on from one of the most entertaining thrillers I’ve read in 2021 — the Thursday Murder Club by Richard Osman — I’ve got six new release thrillers to help keep you warm and cosy next winter.

In case you haven’t got around to reading it yet, let me introduce you.

Thursday Murder Club tells the story of an unorthodox group of retirees who come together to discuss unsolved crimes. Following the mysterious death of a property developer, they band together to put their skills to use, to try and catch the killer before it’s too late.

It's dark and twisty and everything I love in a thriller. However, it's also one of the funniest mystery novels I’ve ever read, with hilarious and witty moments thrown in throughout.

If, like me, you loved Thursday Murder Club, I’ve got your next six reads sorted.

The Man Who Died Twice by Richard Osman 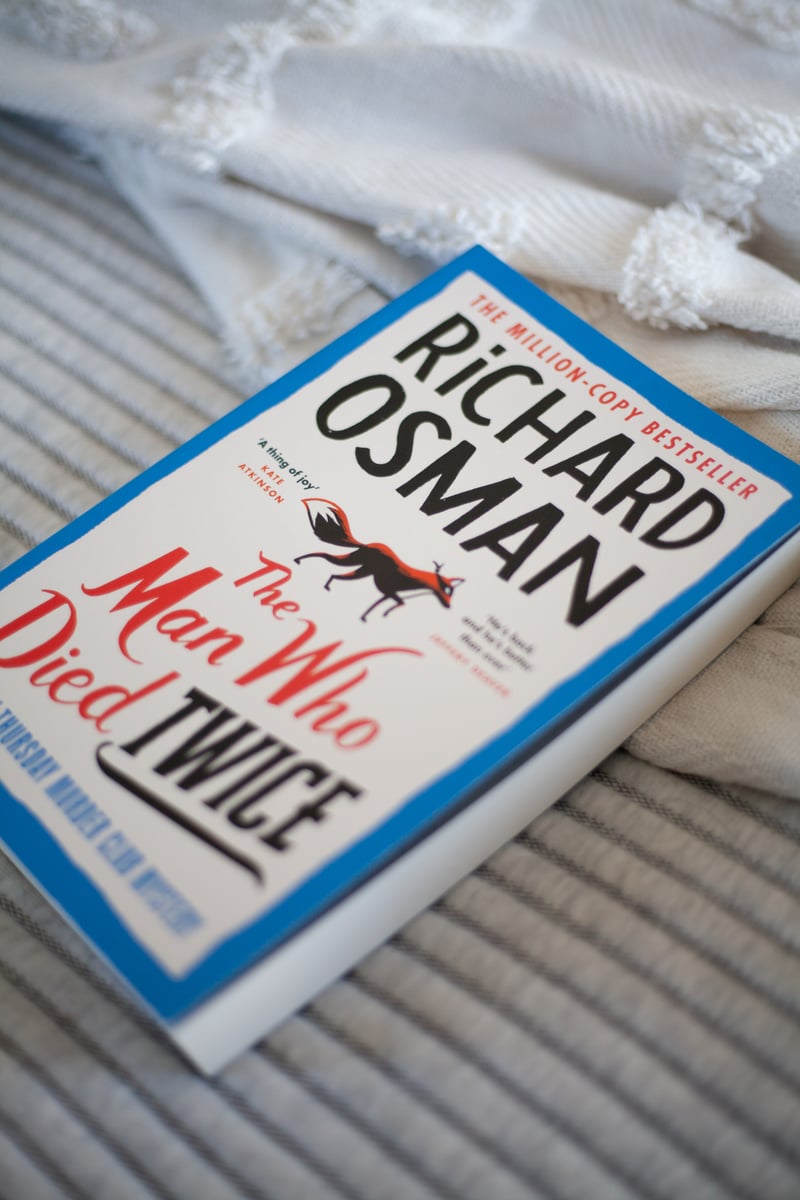 Our loveable misfit crew of retirees is at it again in the sequel to Thursday Murder Club. Elizabeth, Joyce, Ibrahim, and Ron have banded together to stick their noses back where they don't belong and I, for one, am so excited!

It’s time for another Thursday Murder Club meeting and Elizabeth has received a letter from an old colleague. He’s made a big mistake and needs their help. Stolen diamonds, a violent mobster, and bodies piling up. Can the crew solve yet another mystery?

If you loved the original, then this is the best way to keep the story alive! You won’t regret jumping back in with this loveable bunch.

It's also the perfect time to revisit our favourite retirees before the third book, The Bullet That Missed, is released in September.

Everyone In My Family Has Killed Someone by Benjamin Stevenson 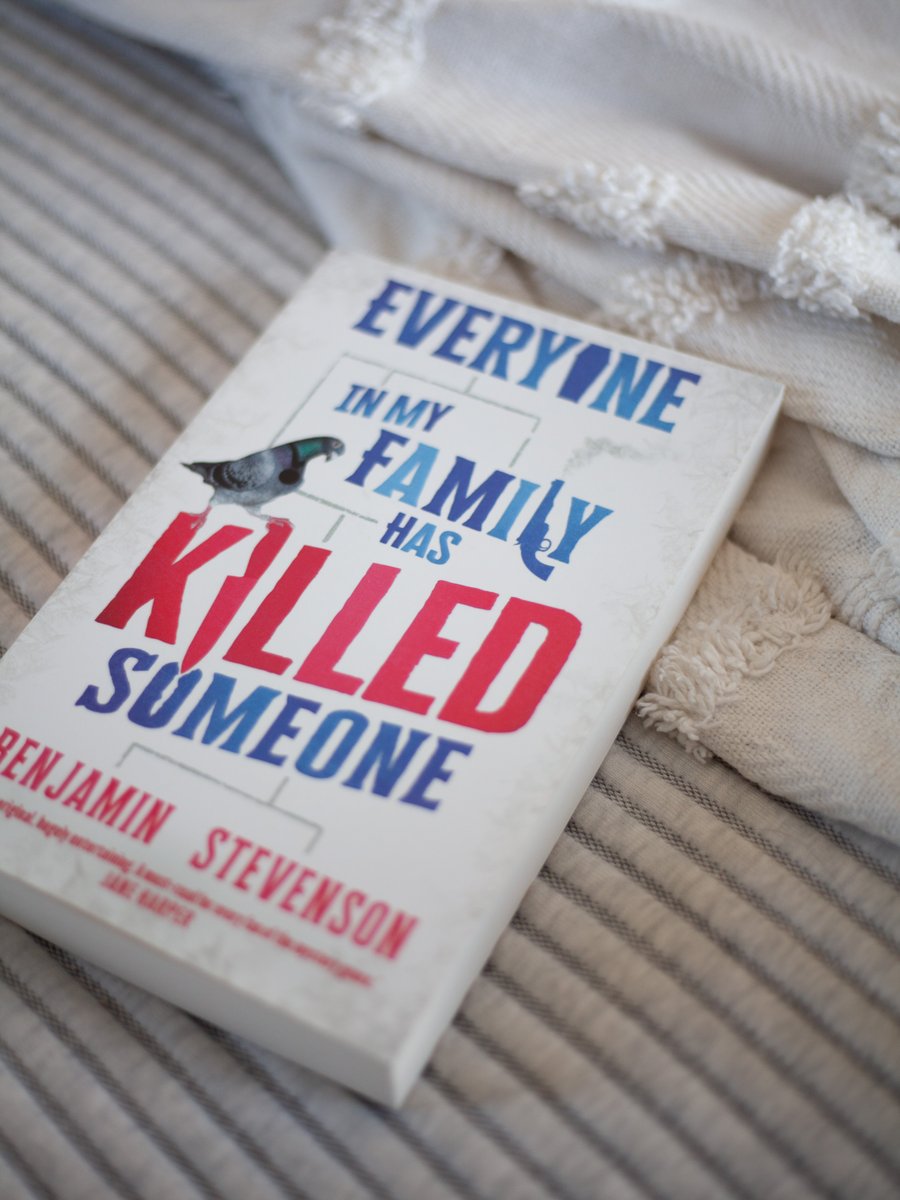 At the centre of this one is the Cunninghman family, and at the start of the book, their family reunion is upon them. The thing is, though... the Cunninghams don’t really get along. The only thing they’ve got in common is that they’ve all killed someone.

Stuck in a resort in the midst of a snowstorm, a murder occurs. But who is the killer?

It’s thrilling and smart with a touch of classic Agatha Christie style. The perfect book if you enjoy thrillers with a side of comic relief, much like the Thursday Murder Club. Best of all is it's set to be an HBO series soon, so it’s the perfect time to read it before you see it! 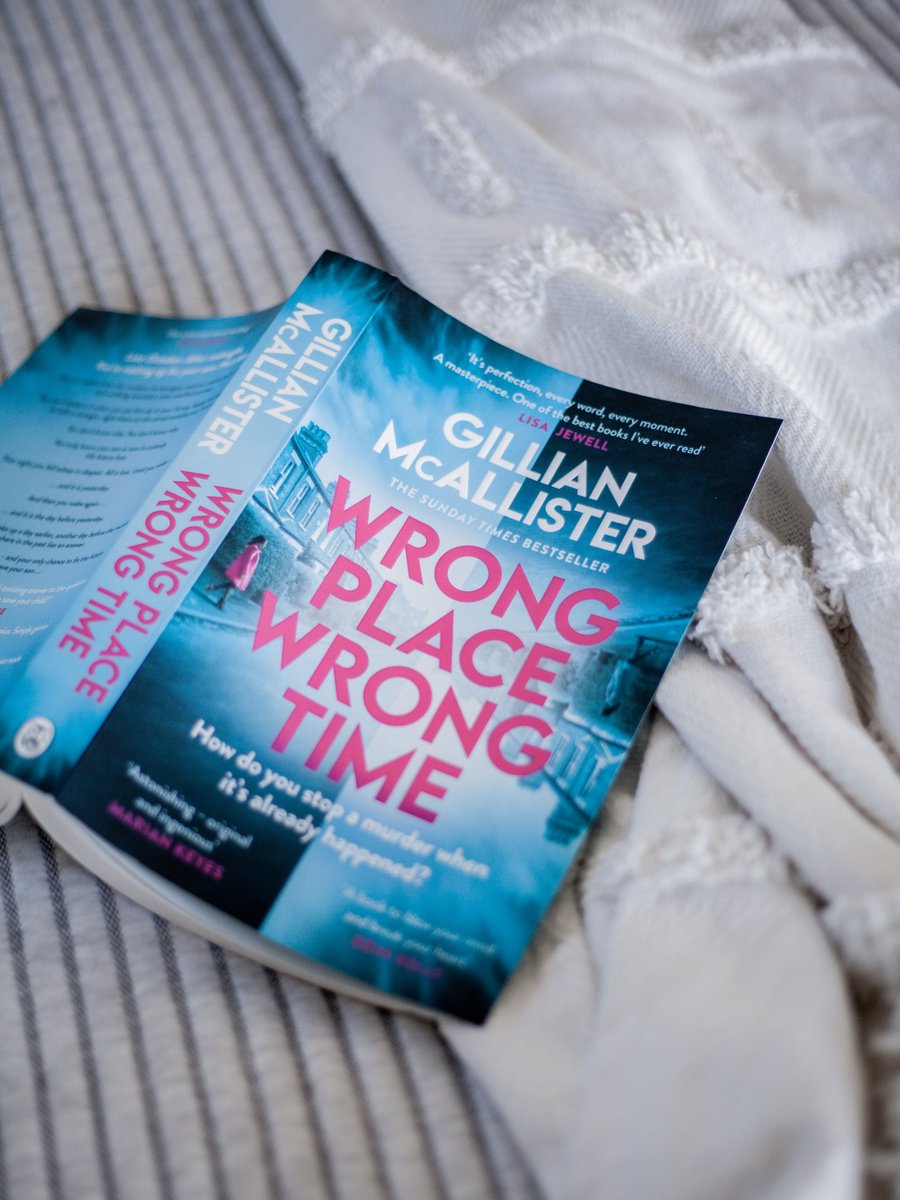 How do you stop a murder that’s already happened?

This twisty thriller follows every mother’s nightmare, when her son murders a complete stranger. One day, she wakes up in the past and suddenly realises she has the opportunity to save her son. She just has to find the secret to stopping the crime in its track.

With a mix of time-travel and crime, this thriller will keep you guessing until the final moments. It’s a really unique twist on a typical thriller, as you search through the past for the answers to put an end to the events to come.

No Less the Devil by Stuart MacBride 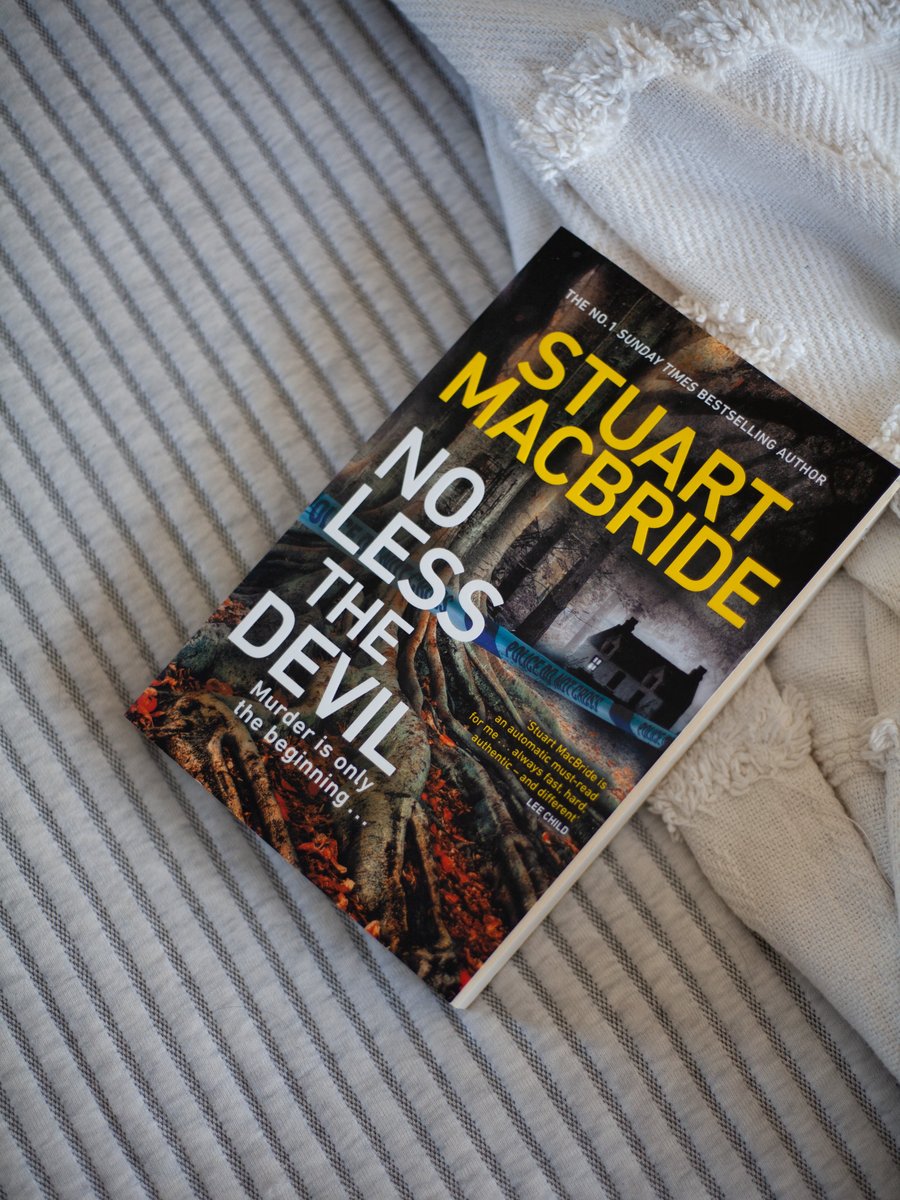 When Benedict Strachan was just 11, he hunted down and killed a homeless man. No one's ever figured out why Benedict did it, but now, after 16 years, he's back on the streets again, asking Lucy for help.

It’s chilling, with a side of dark humour, to take you to all the dark places.

If detective crime is your cup of tea, then this thrilling novel is perfect for you. Is Benedict paranoid? Or are there bigger monsters out there? I don’t know, but I am absolutely ready to sink my teeth into this one. 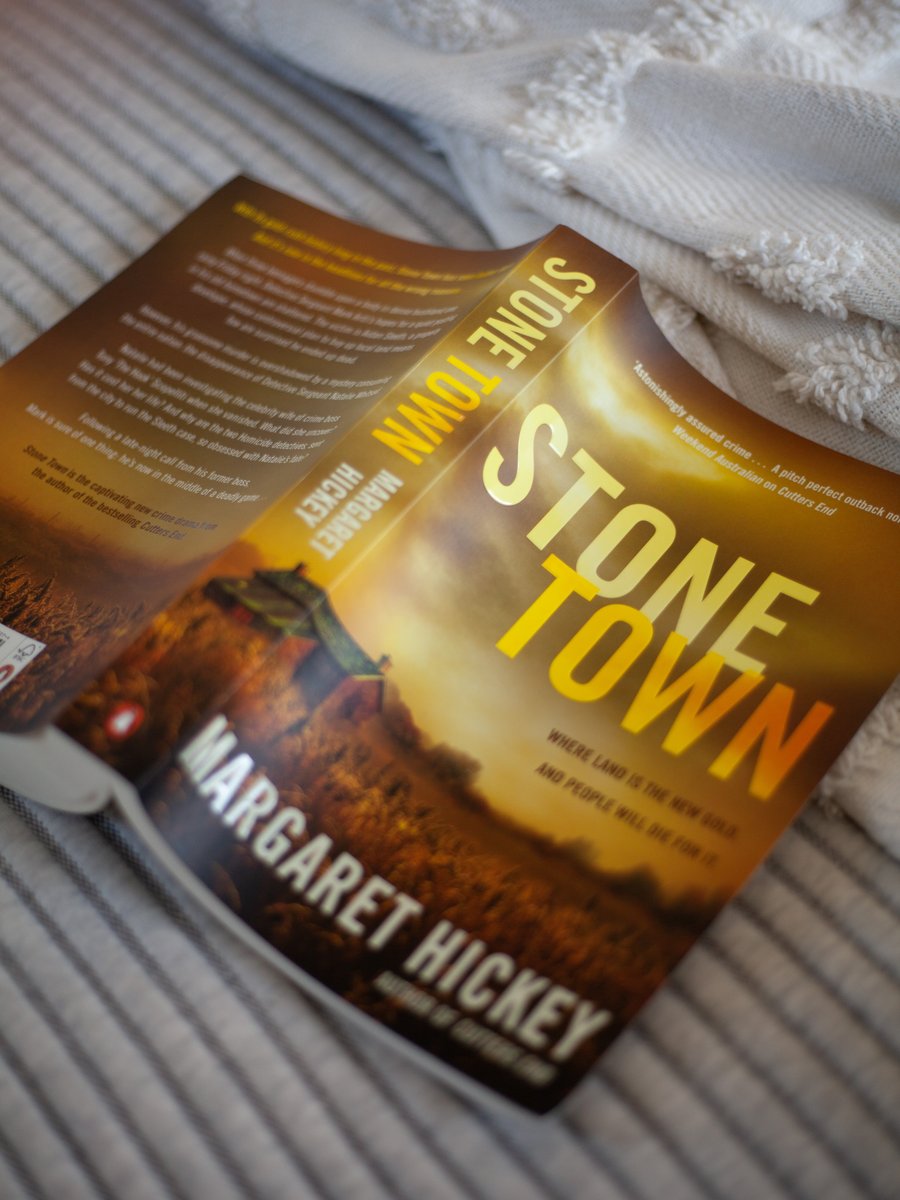 With its gold-rush history long in the past, Stone Town has seen better days. And it’s now making headlines for all the wrong reasons.

With a missing detective and a gruesome murder, Senior Sergeant Mark Ariti’s hopes for a quiet posting in his old home town are shattered.

This captivating new rural crime thriller is the sequel to her first book, Cutters End, however you can read this as a standalone novel, or pick up the first book as well.

A really interesting read where past and present combine. Like Thursday Murder Club, it’s cleverly written, with sinister and surprising twists to keep you on guessing. 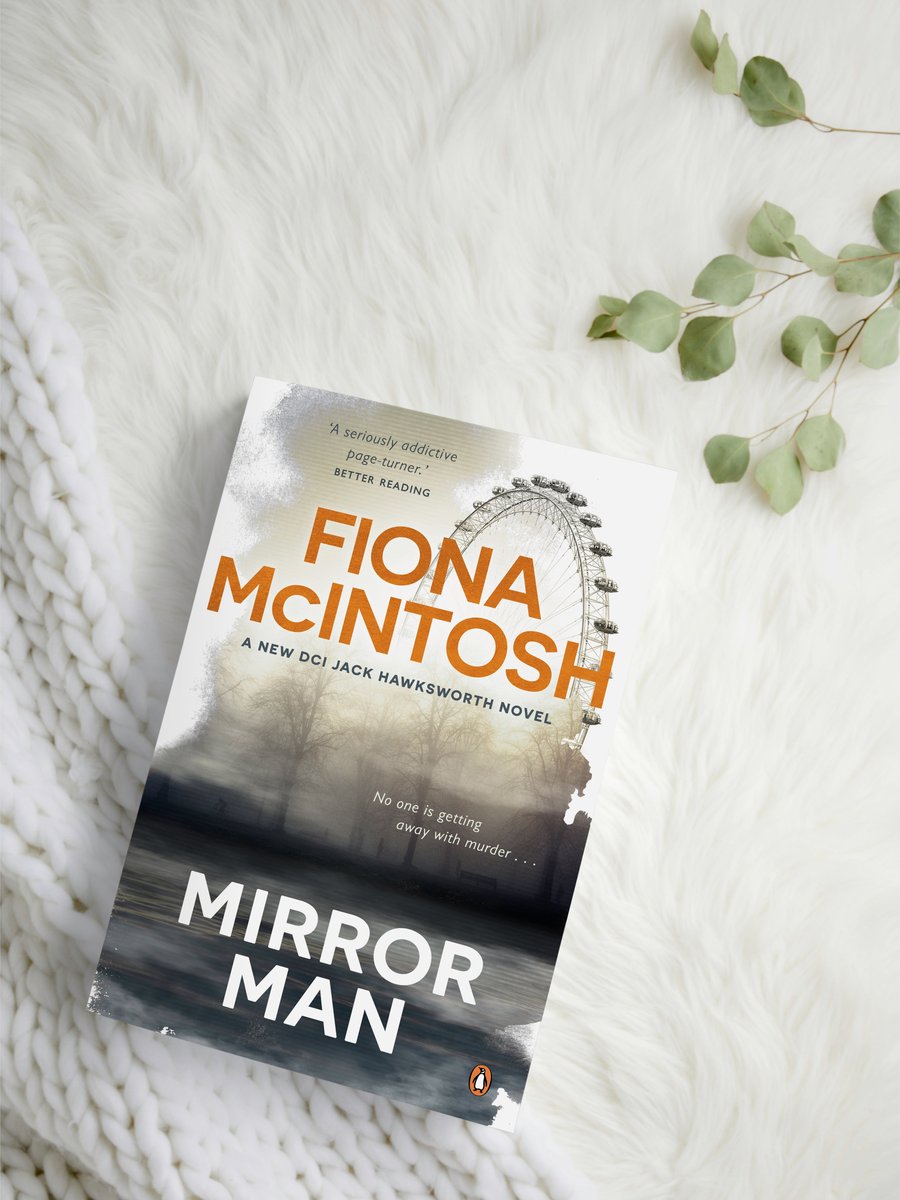 Fiona McIntosh has proven time and time again that she is the queen of Australian crime and the gritty, heart-stopping new thriller in the DCI Jack Hawsworth series is no different.

Mirror Man is the perfect mix of crime, murder and investigation, and it will leave you reading into the wee hours of the morning.

What's this one about? Well, glad you asked.

The novel kicks off with local police being baffled by several deaths, each unique and bizarre in their own way, but all shockingly brutal. Scotland Yard sends in its crack DCI, the enigmatic Jack Hawksworth, who wastes no time in setting up Operation Mirror.

You can get your hands on the next book in the series, Dead Tide, January 2023.

Find them all online or at your local bookstore. For more crime titles, explore the Penguin Books Australia website.

Penguin Books Australia are proud to publish the world’s favourite books from the world’s favourite authors. We celebrate writers, stories and ideas that entertain, educate and inspire. From future classics to cherished favourites, we champion emerging voices and bring readers the highest-quality books from established, award-winning and bestselling authors.