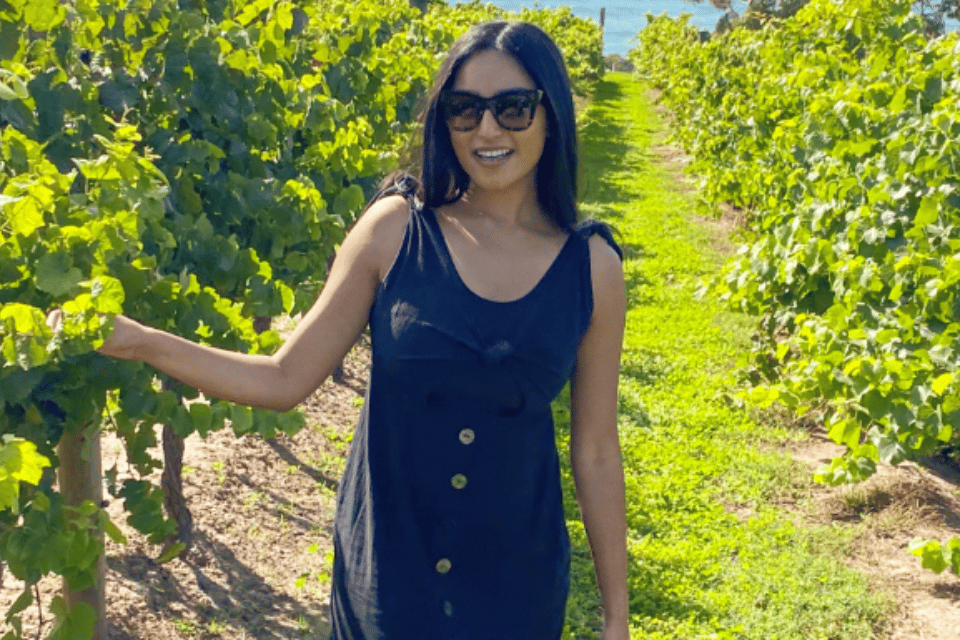 George Floyd’s death has sparked what can only be described as a global revolution against systemic racism and oppression. Australia – whose history includes the colonisation of First Nations people, 434 Indigenous deaths in custody since 1991, indefinite immigration detention contributing to 7 known or suspected suicides, and subtle racist norms disguised as Aussie banter – must recognise and dismantle the racism plaguing this nation, too.

As a person of colour and ally, I stand in solidarity with Black, Indigenous and People of Colour (BIPOC) in the fight for dignity, justice, and safety.

I hope that my story sheds some light on the microaggressions – covert, normalised racism – that allow ignorance and white privilege to go unchecked; chipping away at the spirits of BIPOC and at its worst, manifesting into overt acts of racism that leave human beings face down, suffocated by the system, and unable to breathe.

Let me run you through what growing up in suburban Melbourne felt like in the early 2000s.

I was a 7-year-old Indian migrant who wanted to fit in, in an area that predominantly comprised of European families.

I wasn’t allowed to go to sleepovers and didn’t understand that my parents were dealing with a huge transition, they didn’t trust other parents yet, and they wanted to keep me close in a strange new country.

I felt different and embarrassed because of my accent, clothes, traditions and smelly school lunches (I would love a samosa for morning teas now). So I tried my best to blend in to a group of ‘normal’ kids and downplay my heritage.

Here are some of the ignorant and insidious ways society tells young people it would be better – easier – to conform to an ‘Australian’ way of life, and minimise connections to culture.

I’ve been interrogated about what my ‘real’ name is on the assumption that all Indian people must have hard-to-pronounce names, perhaps stereotyped by Apu Nahasapeemapetilon from The Simpsons.

There's also the stereotype of Indian people as convenience store attendants, which is a) an essential role – thank you to those who have saved my life with snacks at 2 am, and b) fails to acknowledge the millions of Indian people in medicine, business, tech, and other professions, much like any race.

I am regularly asked questions about curry, Bollywood dancing, and if I’m getting an arranged marriage (not unless dating apps are banned and things get dire).

I have about as much expertise on these topics as the next person and they are frankly a lazy and patronising way of making small talk with an Indian person.

Perhaps start with something less presumptuous or tokenistic, like asking if we’ve ever been to India, and what it’s like.

I’ve been ‘praised’ for how well I speak English... it was my first language.

I’ve been ‘complimented’ for being so pretty for an Indian – problematic on many levels as a woman who has more to offer than my appearance; the implication that Indian people aren’t generally attractive; and the simultaneous othering and fetishising of people of colour.

Racist Indian jokes were made around me by people who didn’t know I was Indian, and a younger me didn’t have the words or confidence to call out the bigotry and make myself a target.

Despite now growing out of the fear of educating people, it is still exhausting work to face the inevitable gaslighting about how it’s just a joke, I’m too sensitive, or they simply can’t be racist because they’ve been to India or have Indian friends. Don’t be that guy. We hate that guy.

Exposure to ignorance and white privilege like this, combined with my own growing pains of lacking the maturity and courage to embrace my culture, made me conform to an ultra-white way of living.

I hung out exclusively with the white girls, and dated white guys. I chemically straightened my hair to literally (and subconsciously) iron out the kinks that served as a reminder that I’m different.

I’d get triggered if people asked me where I’m from as it felt synonymous with saying I don’t belong.

Trying so hard to be less Indian made it hard to participate in cultural practices and identify fully. This brought guilt and discomfort; a first-generation limbo of not feeling traditional enough for my family, and not Australian enough for my white friends.

Now I’ve learned to be proud of just being me; a melting pot of two worlds and perfectly enough. If any of this has resonated with you, please know you are enough too.

Do not allow racist culture and norms to rob you of wholly embracing your culture as I did for many of my younger years. There is so much to be proud of.

My family found the courage and means to cross seas to give me a better life. They left their home, family, friends, and comfort zone to start over in a place they felt othered, too.

Now I celebrate our accents, food and traditions which remind me we are clever enough to be multi-lingual and serve to preserve our identity, connections to home and loved ones, and legacy. And I surround myself with BIPOC who among other things, teach me the strength, power and healing in celebrating where you’re from.

White privilege is insidious. It influenced my cultural identity despite being privileged enough to never experience overt racism as a light-skinned, suitably assimilated Aussie. But to stop fatal forms of hate and bigotry, we must also reject the subtle, normalised racism in our every day interactions that allow it to manifest.

White people and allies – please reflect on how your curious, well-meaning, but likely offensive questions and actions serve to marginalise others. How will you take responsibility and use this time in history and beyond to support BIPOC, and shift from non-racist to actively anti-racist?

BIPOC – do not let white privilege continue to win every time you play small to your rights and the fullness of your culture. Call racism out and fight for positive change even when it's tiring.

Our ancestors and those who come after us deserve it.

Reply
Upvote
I ask people where they’re from regardless of how they look because I myself am not from Melbourne. I moved here from another city and I’m just making conversation (to talk about if they like Melbourne too if they like the weather you know) nothing sinister or race related! It almost feels like as a white person you can’t ask an innocent questions now out of fear of being perceived as offensive even though you don’t mean anything by it.
News
General
Opinion
True Crime
Politics
Sport
Explainer
Entertainment
Celebrity
Reality TV
Movies
TV
Books
Rogue
Royal
Lifestyle
Beauty
Fashion
Weddings
Home
Wellness
Health
Fitness
Travel
Food
Family
Before The Bump
Pregnancy
Baby
Kids
Teens
School
Parent Opinion
Work & Money
Money
Finance
Career
Lady Startup
Relationships
Sex
Dating
Separation
Friendship
Family
Real Life
Couples