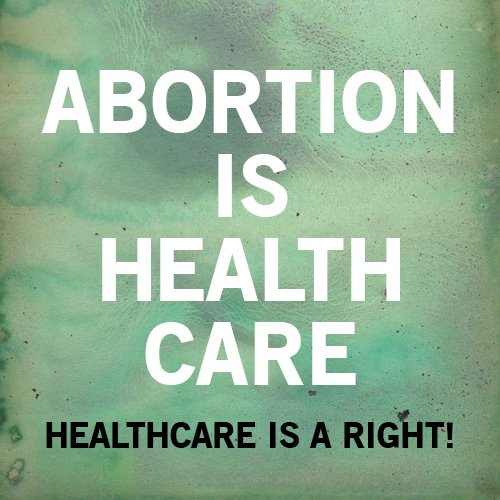 Despite the rhetoric anti-abortion advocates might use, the decision to have an abortion is not made flippantly or thoughtlessly.

And the procedure itself, is not an easy option. It can be upsetting, daunting, or downright scary.

But it’s a decision women make, because they have the right to decide what happens to their body – and consequently their own lives.

Which is why the news that the abortion drug RU486 is being sold at inflated prices is so troubling. RU486 was added to the Pharmaceutical Benefits Scheme (PBS) in June this year to make it easier to access.

However, News Ltd reports at the weekend suggest that in some private clinics, RU486 is in fact more expensive than a surgical abortion. Some women are paying nearly $500 for the drug.

Abortion has been and remains an emotional issue. On one side advocates welcomed the removal of the prohibitive cost, claiming it would no longer inhibit a women’s ability to make decisions about her own body.  The opposing side, the anti-abortion campaigners warned that the low cost of the drug would guarantee it would be abused.

What’s troubling about this is that the continuing high cost of RU486 puts it further out of reach for the women it was most likely to help. Cait Calcutt, of Children By Choice’s, told News Ltd, that “It’s a minimum $500 for early medical termination, before seven weeks. It’s higher, up around $700 in regional areas.”

This makes it almost impossible for women living in rural areas; young women; sexual assault victims; refugees and victims of domestic violence to use a drug they are legally entitled to access.

Why is it costing so much, despite a listing on the PBS?

One of Australia’s major medical insurers is charging doctors who administer the pill the same amount of insurance as they do for a surgical abortion. This pushes insurance costs up, which are then passed on to the consumer.

The clinics are also charging more, taking into consideration complete treatment plans (including ultrasounds before and after the drug has been taken).

Previously, Mamamia spoke to, Maria Deveson Crabbe, the CEO of the Marie Stopes International group in Australia. She pointed out that although the cost of the drugs themselves had fallen, it failed to cover the total cost of the procedure.

Deveson Crabbe explained that, “It is important to remember however, that the cost of the drugs is only part of the costs involved in obtaining a medical termination. Other cost areas include medical practitioner consultation fees, ultrasound costs, blood tests or other tests if required.”

“Whilst it is unlikely that women will be able to access a medical abortion for the cost of the drugs alone,” Deveson Crabbe further explained, “We do expect that over time, the overall cost of a termination will decrease as more medical providers incorporate it into their local practices.”

And women who cannot afford an abortion, are perhaps the least likely to be able to afford to raise a child.

Why don't people ever finish that sentence? "Women, it's their choice…to kill their child"! That is the truth.
If both men and women are responsible with their reproductive "rights" we would never have the need for abortions. We have a lot of irresponsible people out there and guess who pays the ultimate price? The child. 100,000 in Victoria alone a third are done in babies who are over 20 weeks, 30% of those because its an inconvenience! Killing children half way through pregnancy because they are no longer wanted, children who feel pain. Victoria's law are disgusting it is legal to abort right up to birth for "any" reason with the referral of 2 doctors who by law cannot refuse. Our morals have gone out the window Australia. Abortion is a human's right issue, the right of the child to live!

"Women, it's their choice... to terminate a unwanted foetus growing inside them".
This article is not about late term abortions, so I don't really understand that part of your rant.
If you don't like abortions, don't have one! It's as easy as that!

So sad, a foetus is a human just at a different stage of development, why would that make their lives any less worth living? And before you rant about "the foetus" needing the mother to survive and so on….so does any neonate and even my 19 month old completely depends on my provision for his survival so that argument is mute. I don't like abortions, no I would never have one, but I think that a voice needs to be given to the voiceless and unborn children are the most innocent and voiceless in our society! There's a website called "I regret my abortion" filled with stories, and updated daily, of women who were coerced by family and partners into terminating their children's lives and now live with the shame, hurt and scar of that decision, why don't you tell them "don't have one" because no one told them or has counselled them about the repercussion of that decision. Isn't it so easy to just discard of a child…actually its not!

I have worked in regional NSW hospitals and frequently dispensed the abortion pill way before it was on the PBS. This is through some free sexual health service in the area. I assume these services are available elsewhere also at no cost to the patient. What a beat up.