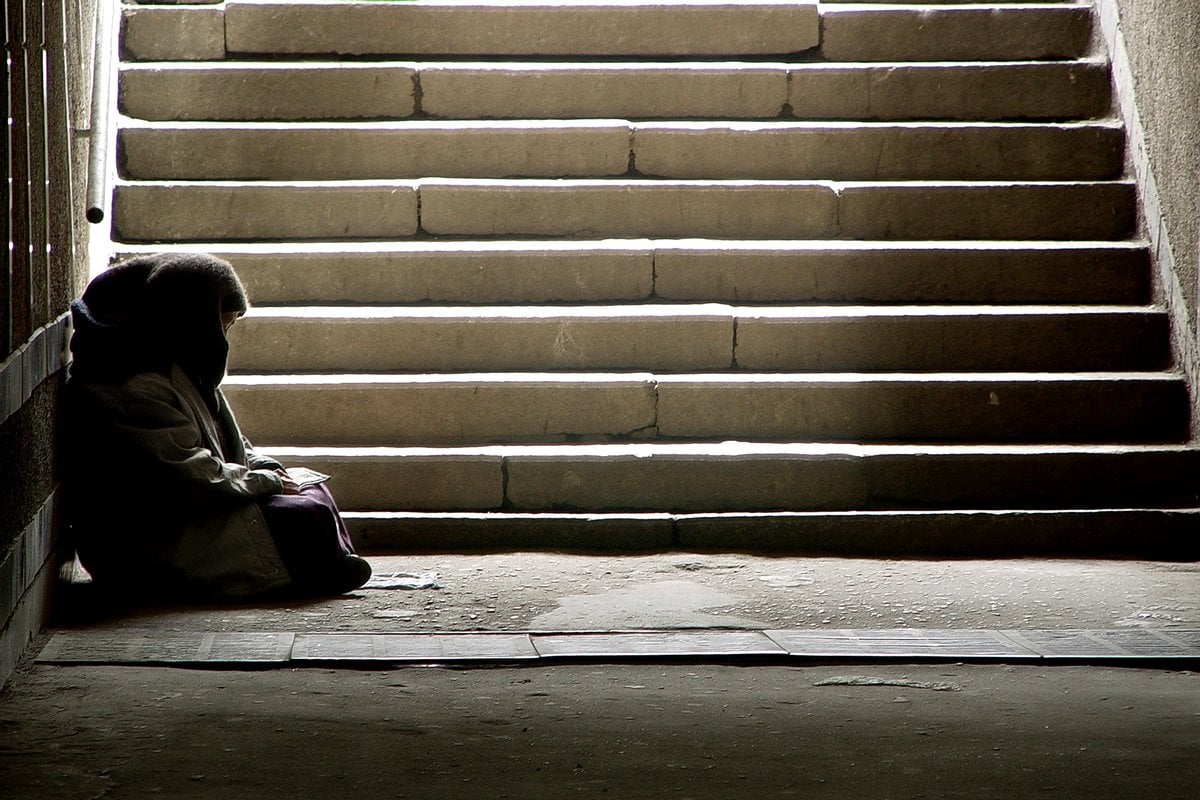 Australia’s six-month moratorium on evictions is due to end soon. Some states have extended the moratorium, but when it ends that’s likely to force even more Australians into housing insecurity and outright homelessness. The moral and health arguments for housing people are clear, but many people are unaware of the financial cost we all bear for not fixing homelessness.

Social commentator Malcolm Gladwell wrote a piece, Million-Dollar Murray, for The New Yorker in 2006. It’s the story of two Nevada police officers who spent much of their day dealing with homeless people such as six-foot-tall ex-marine and chronic alcoholic Murray. They regularly picked up Murray and drove him to hospital, drying-out clinics, the police lock-up and mental health facilities.

His bills were so legendary the policemen worked out, based on his health care alone, it would have been cheaper to house him in a hotel with his own private nurse. When not drunk, Murray was a charming, smart, talented chef. By the time he died of intestinal bleeding, they calculated the cost of Murray’s homelessness over a decade was US$1 million.

Those two Nevada policemen did something that is rarely done anywhere – they calculated (OK, roughly) the cost to the taxpayer of one man’s homelessness. And, in doing so, they showed, as Gladwell pointed out: "The kind of money it would take to solve the homeless problem could well be less than the kind of money it took to ignore it."

Watch:  The hidden numbers of women and violence. Post continues below.

No one keeps track of the costs.

In Australia, despite government efforts to house people during the pandemic, we still see many on the footpath with their bags and begging signs. They are mostly the men. Women tend to find other ways to manage their homelessness such as couch surfing or staying with adult kids or extended family.

Beyond the human tragedy, what most passers-by fail to see is the cost of homelessness to us all. It includes the bills for police and ambulance call-outs, prison nights, visits to emergency departments, hospital stays and mental health and drying out clinics.

These expenses are rarely collated and tabulated to find the true cost of homelessness to the public. The costs are dispersed over so many government agencies and facilities that they are managed in a piecemeal way, as they always have been in Australia. The result is a hefty hit to the public purse.

Financial case for housing the homeless is clear.

To understand this further, we did a global scoping review of research since 2009 that examined the value of providing a secure, stable home for formerly homeless people and the wider taxpaying community. In total, we examined 100 research papers and analysed outcomes across a range of domains including physical and mental health, emergency department use, substance use, well-being, community integration, mortality, criminal justice interaction, service use and cost-effectiveness.

The overriding consensus among the 100 peer-reviewed studies and agency reports was that housing stability brought a raft of benefits to formerly homeless individuals. Reducing the cost of non-shelter services also saved the public money.

Stable housing generally came through a Housing First model. The first priority is to find people a safe and permanent home, with no strings attached. Wraparound support services are provided, which are critical in helping them adjust to a new life in a stable and permanent home.

The savings start with health.

The most researched measure was health. Almost all the research found positive changes when people moved into permanent, secure housing. Almost one-third of the studies looked at the fall in use of hospital wards and emergency services once people were housed.

As one Australian study found, people sleeping rough are less likely to have their own GP. When symptoms become too severe to ignore they go to hospital emergency wards. They are admitted to hospital more often and stay longer. 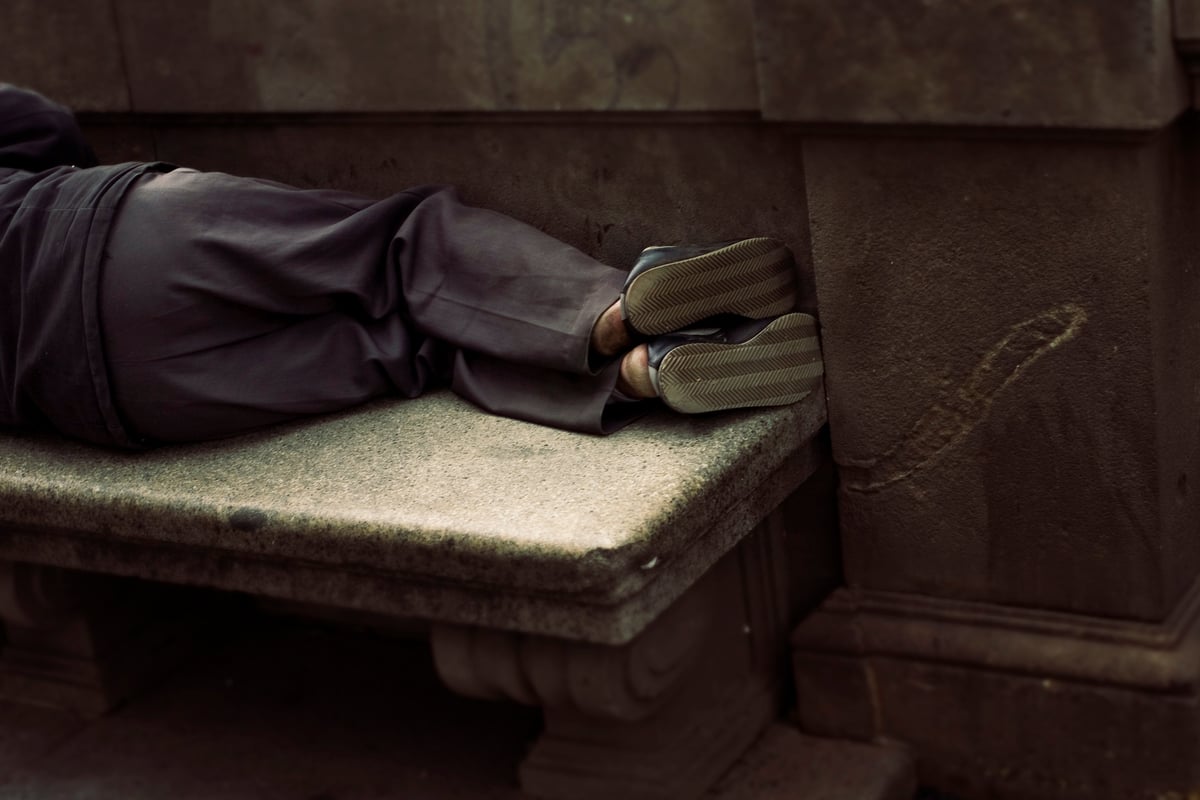 People sleeping rough are less likely to have their own GP. Image: Getty.

In the 12 months after the 44 clients in this Perth-based study were housed, emergency admissions were reduced by 57% and overnight stays by 53%. The overall health-care saving was A$404,028.

People’s use of sobering services and mental health clinics also declined once housed. A Canadian study looked at whether placement in a permanent home was a solution for those with a severe mental illness. With the right supports, the researchers found, these people were largely able to manage their own housing.

They were able to sleep better. They were more likely to take medications as prescribed. Continuity of care for health problems was better and infection rates were lower. And they experienced less psychological distress, depression and anxiety.

Criminal offending is greatly reduced too

All 18 studies looking at criminality reported improvements once people had a stable home. They had fewer nights in jail, arrests and rearrests, and encounters with police.

A 2013 Californian study found once people were housed, with appropriate support services, police contacts fell by 99%. Health costs fell by 85%.

Another two-year Canadian study of 2,000 people across five cities found, unsurprisingly, a major drop-off in public nuisance offences such as sleeping in public places, urinating in public and washing in public bathrooms.

All 19 studies measuring cost-effectiveness found housing people produced savings across a broad range of areas – including crisis accommodation, the justice system, sobering clinics and hospitals. Even after deducting the cost of housing, a 2011 Australian study of 268 participants found savings of $2,182 per person after 12 months.

Our review found a clear economic case for governments to take a systematic approach to ending homelessness. While this argument might be seen as a capitulation to the “financialisation of everything”, the darkening economic cloud of the pandemic might provide just the right cover for government decision-makers to act on the catastrophe of homelessness.