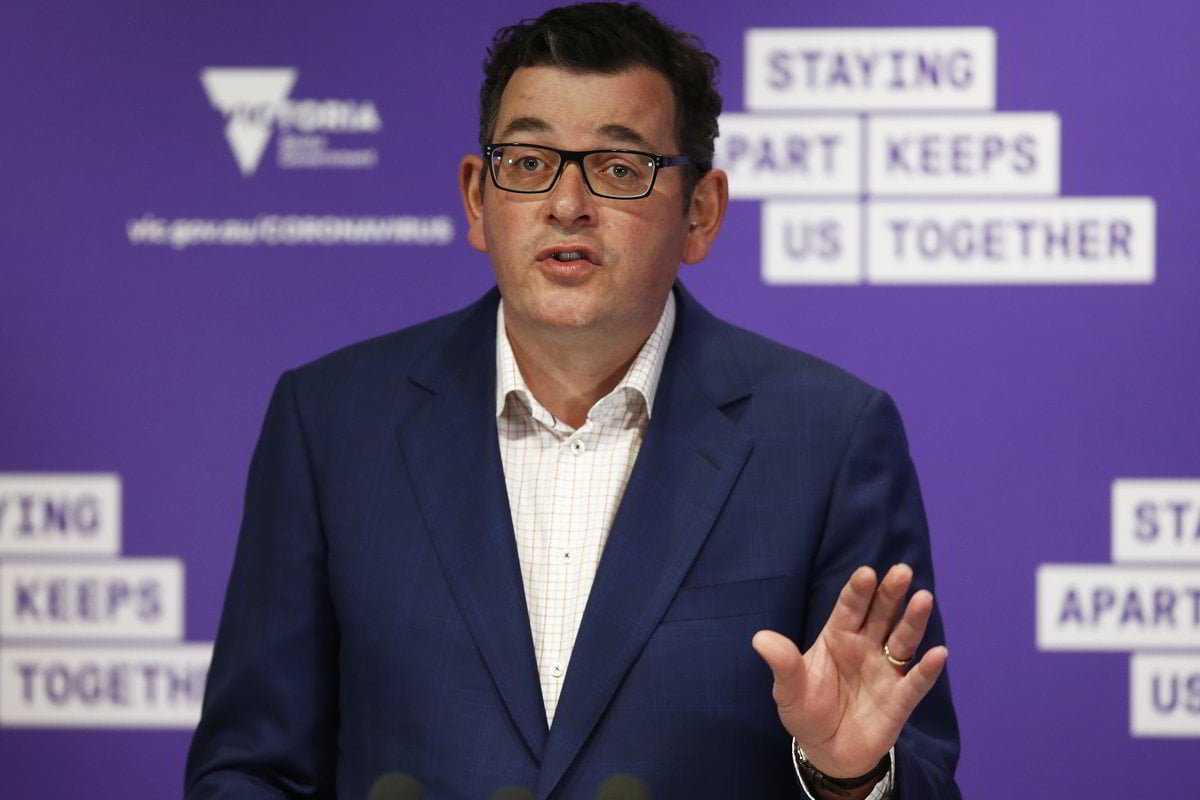 On Sunday, Victoria recorded 14 new cases and five deaths in the past 24 hours. It marks the second day in a row that daily new cases have fallen below 30, after the state recorded 21 new cases on Saturday.

Nine of the new cases have been linked to known outbreaks while the remaining five are still under investigation.

Melbourne's 14-day average, which is key to slightly easing the city's restrictions on September 28, has now fallen to 36.2. The rolling 14-day average in regional Victoria now sits at 1.8.

"Ultimately, these numbers are cause for great optimism and a positivity, I would hope, right across Metropolitan Melbourne," Victorian Premier Daniel Andrews said on Sunday.

The premier added that while today is "a good day" for Victorians, no good would come from opening up too early.

"There is no good letting our frustration get the better of us, because all that will mean is that everything Metropolitan Melbourne has given, everything that everyone has done to produce these low, but still not low enough numbers, will count for nothing, because we'll be open - yes, but not open for very long."

"This is a good day, though. A day where Victorians can be proud of the work that they've done."

The Premier and Minister for Creative Industries Martin Foley also announced a $13 million package for the state's live music industry.

#COVID19VicData: Yesterday there were 14 new cases and the loss of 5 lives reported. The 14 day rolling average & number of cases with unknown source are down from yesterday as we move toward COVID Normal. Info: https://t.co/eTputEZdhs #COVID19Vic pic.twitter.com/AVvaMLwUpQ

Contact tracing is underway after a taxi driver who has tested positive for COVID-19 worked for 10 days while potentially infectious.

The driver, who tested positive yesterday, visited locations in Sydney and the NSW South Coast during this time.

Those who attended the venues for a least one hour during the times listed below are considered to be a close contact and are being told to get tested and isolate for 14 days. These include:

PUBLIC HEALTH ALERT: New locations in Western and South Western Sydney and the South Coast visited by a person who tested positive for #COVID19.

We are also warning people who may have taken taxis in Western and South Western Sydney to watch for symptoms: https://t.co/hQrRUJMxpp pic.twitter.com/BrAXqim8je

Anti-lockdown protesters have clashed with Victoria Police for a third weekend in a row after gathering in Melbourne’s bayside suburbs on Saturday.

About 50 to 100 demonstrators were seen moving through Elsternwick Park after a protest at the State Library was cancelled, according to AAP photographers.

Some protestors also took to Elwood Beach to march in a loose formation but were later broken up by a heavy police presence.

"No-one should be doing anything to contribute to the spread of this virus," said Andrews.

"Twenty-one cases today, seriously. This is working. We’re getting there. And I am so proud of all those Victorians who are doing the right thing."

Some protesters are reportedly planning further action on Sunday.