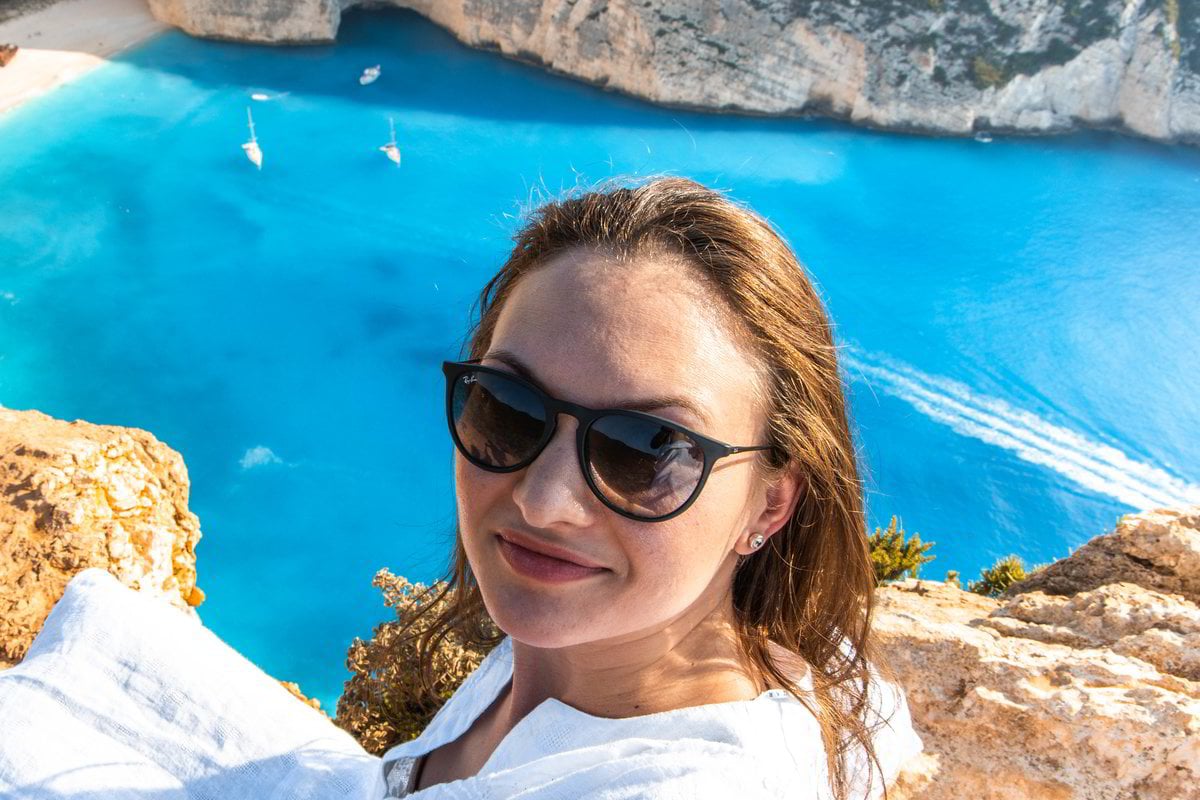 Landing in Istanbul, I found a city more foreign than any place I had travelled to before. Awash with colour, noise and atmosphere, I was intoxicated and couldn’t wait for wild new experiences.

Checking into the hotel, I bumped into a very sexy guy with blonde hair and the widest grin I had ever seen. I was dumbstruck and prayed to the gods that he was on my tour.

Later that night, on a rooftop bar overlooking the city below, we met as a group for the first time. Typically running late, my best friend and I arrived last and, heads down, we quietly took a seat. The tour manager was already speaking and as he interrupted himself to welcome us, I stopped dead in my tracks.

It was the hot AF man from downstairs.

As my cheeks began to turn pink, my heart – or in this case, vagina – sank. James was our team leader, and while I most definitely wanted the full drunken-antics-and-wild-hook-ups experience the tour promised, I just couldn’t. It felt crass, not to mention inappropriate.

But there’s nothing wrong with a harmless little flirt.

By this point, James had the undivided attention of every girl in the room – and women made up over 81 per cent of the group. While I tried to stem the blood flow south and readjust my expectations, James rattled off the information for our trip to Gallipoli. Thank God he handed out notes because I could barely concentrate.

The next day we set off to explore Istanbul, and from the Blue Mosque to Hagia Sophia there was a ripple of excitement among the girls as we vied for James' interest, peppering him with questions about the ancient city and what exactly goes on at a Turkish bath.

That night we went to a show and James was plucked from the crowd, seated on a throne, and treated to a very seductive belly dance. While she gyrated in front of him, another woman hand fed him grapes, and by the look on their faces there wasn’t a girl in the room that didn’t want to be part of that harem.

The following evening, after a trip to the Grand Bazaar and a five-hour bus ride with some rather flirty ‘getting to know the group’ activities, we reached the Gallipoli peninsula and watched the sunset over the Dardanelles.

At this stage, James was showing zero interest in anyone, which only heightened the excitement – and competition – when it came to picking camping spots.

We had been given a stretch of grass along the coast to bed down for the night – or at least a few hours – before the Anzac Day dawn service, and we spread out in sleeping bags in two long rows. James was the last one to set up. Twisting around in my sleeping bag, I was shocked to see him just behind me, and in the process of changing his shirt.

I didn’t know where to look but I couldn’t take my eyes off him. Broad shoulders, a bulging chest, and ripped abs, I wanted him so badly. I needed him. Suddenly, he looked up and caught my eye, a cheeky smile on his lips, before I spun around and feigned a distraction.

After a poignant service at dawn and a march up the hill to Lone Pine, we headed back to Istanbul for one last night together. Taking over a local Turkish restaurant, we were loud, boisterous and looking for fun.

One beer too many and I was going on about James being shirtless at Gallipoli to a girl I’d only known for a few days. Like the wingwoman I didn’t know I needed, Bec reported back 10 minutes later.

“It’s against the rules,” she drunkenly whispered in my ear, “they’re not allowed to fraternise with guests.”

By closing time there was only a handful of us left and I grabbed a taxi back to the hotel with Bec and James.

Climbing the spiral staircase to our rooms, Bec got off on the second floor, leaving James and I alone. At level three, I was surprised when he left a floor early and walked me to my door, and then, very confused, when he pulled me in for a goodnight hug, wrapping me up in his arms. He took a step back, and then, undecided, made to move towards me again while trying to say something, before shaking his head and walking off upstairs.

Back in my room, heart racing, I messaged him.

“Was that because you’re not supposed to fraternise?”

Immediately, I stripped off and jumped in the shower, quickly shaving my legs. Within five minutes, I was at his door, in tiny pyjama shorts and a low-cut black singlet. Straight away I walked over to his bed and laid down. He followed me, propping himself up over my body, and kissed me slowly, deeply with four days' worth of wanting. We talked and he told me he has been interested since we first met at the hotel reception, but he didn’t think it would happen. He’s only ever been this naughty once before...

Hours passed by in a blur of sex and conversation, every position felt even better than the last. He told me about being a country boy and ticking off every flag in Europe, and then we had sex again and again.

I crept out of his room at 5am, taking the service staircase so no one would see me.

A few hours and a little nap later, my best friend and I were checking out of the hotel when we bumped into James.

Stopping to say goodbye, he gave me a lingering hug with a knowing smirk on his face.