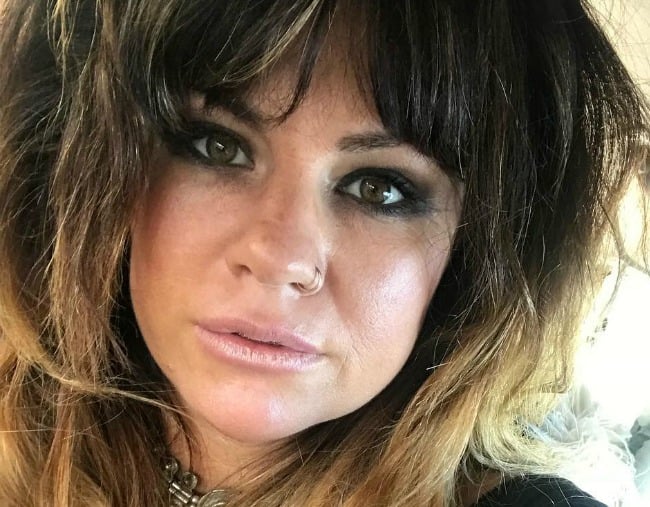 Constance Hall has recalled the moment her boss asked her an inappropriate – and bizarre – question when she was working at a Melbourne cafe.

The Perth blogger, author and businesswoman said her boss and the owner of the cafe, Danny, sexually harassed her when she was 21-year-old. Her response proves that even at 21, Constance was a fierce woman not to be messed with.

“The owner Danny of the cafe was slightly creepy and he’d watch me wash the dishes with pure delight on his face,” she began her tale in an Instagram post.

“One day Danny asked me, ‘how come you have such big tits babe?'”

“Now, I was slightly perplexed. Such an odd question. I mean, who asks that?

“Even if I did take it seriously, they aren’t fake, so it’s not a simple answer, it’s genetics… but why does my mum have such big tits?

“Was Danny studying human biology? Or does it go back further, is this an archaeological question… or deeper?”

Of course, despite Danny presumably knowing full well his question couldn’t be answered and was going to make his employee uncomfortable, when Constance stared at him, he responded: “it was just a question”.

But the now mum-of-seven wasn’t about to let the comment be, and the next day approached Danny for a “serious” chat. And suddenly Danny was the one caught off guard and tasting his own sour, sexualised medicine.

“He thought he knew where this was going, I’d say old Danny had been accused of sexual harassment before.”

“And so I said it.. ‘Danny… where is the bulge where your dicks supposed to be? Like there is your tight jeans, that’s where the bulge usually goes but all you have is a tiny little bump a cashew nut would have more impact… it’s kind of like you don’t even have a penis. Why though Danny?’

“Offended because #notaprofit Danny got up, flaunting that #kendolldick bulge right in my face and stormed off.

The Still A Queen author said it wasn’t long after that she finished up working at the cafe, but has no regrets.

“The job didn’t last long, but Danny still thinks I’m a c*** so all is well that ends well.”

Constance Hall was delightfully candid during a No Filter interview with Mia Freedman earlier this year.

Constance is one of the thousands of women who have shared their stories of sexual harassment since the #MeToo movement sparked largely by Harvey Weinstein’s outing as an alleged sexual predator in October last year.

Commissioner Jenkins described the national inquiry as a “huge step in the right direction” for creating a society where sexual harassment is “unthinkable”.

If you have experienced sexual harassment at work, you can report it. Find out more at the Australian Human Rights Commission’s website.

Men ask stupid questions sometimes (and yes women too!). I’ve had similar experiences. Im glad they are being discussed now

Judging by her recent activity in the media, I'd say she's trying to broaden her market. Only so many gross tales about motherhood can be sold - the schtick is getting tired and the current crop of Queens can only buy so many bits of merchandise.