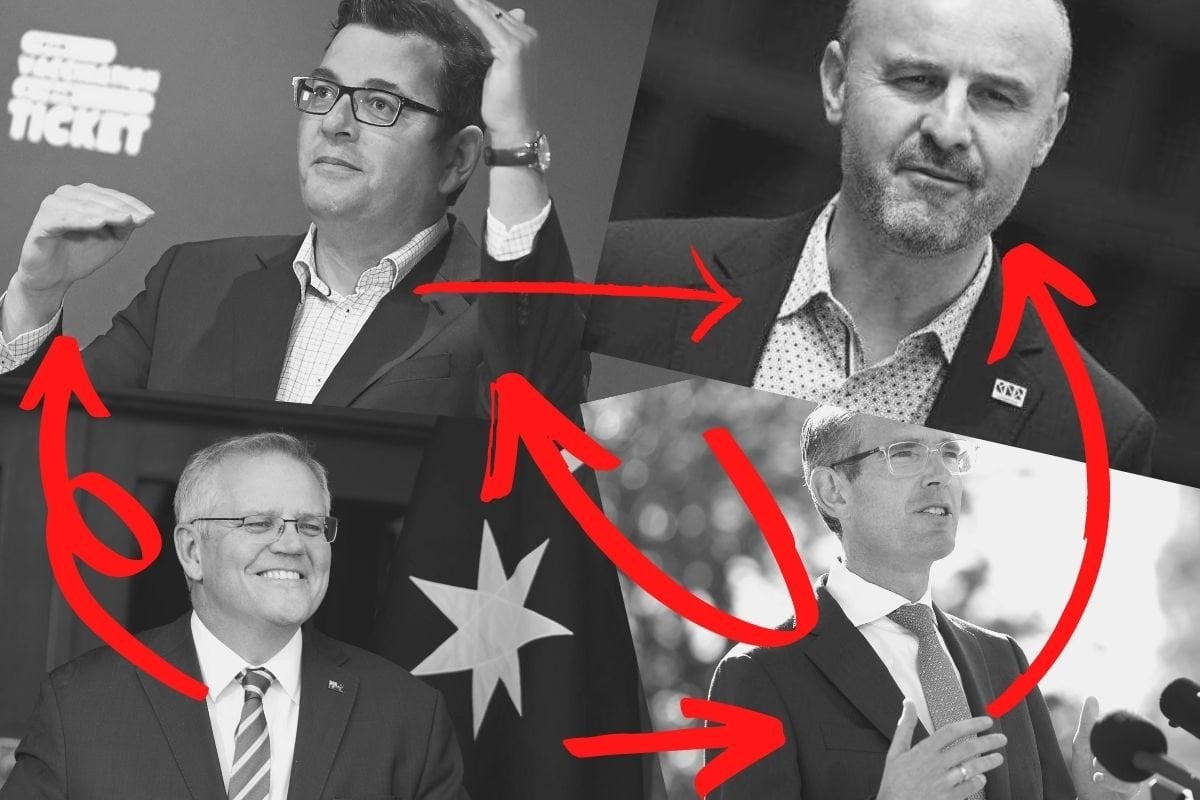 Let me invite you in to a conversation had by my colleagues this morning:

Person A: I'm so confused, is the Central Coast part of regional NSW?

Person B: Not anymore. We were part of Greater Sydney, then we weren't, now we are again.

Person C: I already went there this weekend. You can!

It's a conversation that's being repeated in group chats around the country as Australians work out the logistics of what they can, and can't do under the spate of new border rules and travel restrictions announced over the past week.

Australia is opening up for those who are fully vaccinated, and it's very exciting for those of us who have been separated from families and locked down in our homes.

BUT. As the states and territories continue to run their own race and implement their own rules, it's left us all with the most bizarre new realities.

bit going on with border rules today (map not to scale) pic.twitter.com/P9NkWJDbu3

The regions are staying closed off to the cities as they play catch up with vaccination rates, and as of November 1 international Australians, but not tourists as Perrottet confirmed (and then the PM denied), can come through (only) NSW if they're fully vaccinated.

To help paint the picture, here are just 11 things the Mamamia community can and can't do as we venture into this next stage of reopening.

And it goes on and on and on.

Of course, these rules are there for a reason. They've been carefully crafted around vaccination rates and case numbers to make sure those areas with lower percentages aren't inundated with COVID-19, while large proportions of their populations aren't protected.

It makes sense on paper.

But in reality, for those of us living them, it feels downright bizarre.

Here are the official updates for those still confused.

From 11:59pm on October 19, all fully vaccinated people in red zones will be able to apply for a travel permit to enter Victoria, regardless of residency status.

Travellers from red zones must record a negative test result no more than 72 hours before crossing the border, and must get tested again and isolate on arrival until returning a negative result.

However, they will not be required to quarantine for 14 days. 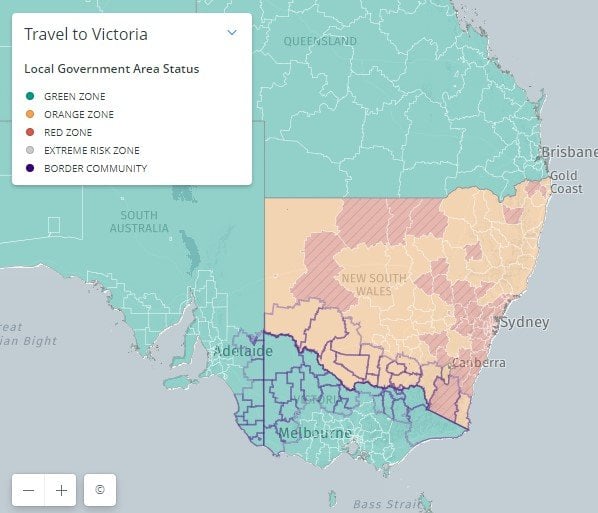 Red zones, as per the Victorian Government. Image: Vic Gov.

From 11:59pm October 21, there will be no limit on travel within metropolitan Melbourne but travel to regional Victoria will not be permitted until the state reaches 80 per cent vaccination.

According to covidlive.com.au, that milestone should be reached on October 31.

Under the previous reopening plan, regional travel was going to open to Greater Sydney and surrounds at 80 per cent. However, on Friday it was announced that was being pushed back to November 1 due to lower vaccination rates in regional areas.

Even though you can travel to Victoria from Wednesday from NSW, NSW hasn't changed their border restrictions. So vaccinated Victorians crossing the border will need to complete a NSW Entry Form and isolate for 14 days upon arrival.

From November 1, returning fully vaccinated Australians and their families will not have to quarantine on arrival to NSW from overseas. The Prime Minister also announced the government had agreed to expand the definition of who was considered "immediate family" to also include parents.

Here's the PM's on the international border. Post continues after video.

However, the caps on arrivals in place in other states will remain.

Now that the lockdown has ended in the ACT, residents of the territory are subject to the same rules as the people who live in regional NSW. Which means they can travel freely everywhere except Greater Sydney.

This means people entering from the ACT will no longer need to complete a declaration form on entry into NSW or follow stay-at-home rules on arrival.

The ACT has also loosened their travel rules, just not as broadly. They've added southern NSW to their travel bubble, which means Canberrans can now visit places the Snowy Mountains, Batemans Bay, the Southern Highlands and Gundagai, without needing to quarantine on their return.

Victoria has also downgraded its alert for travellers coming from the ACT, scrapping the mandatory 14-day quarantine requirement.

Join in the conversation. What's your current bizarre border situation? Let us know in the comments below.