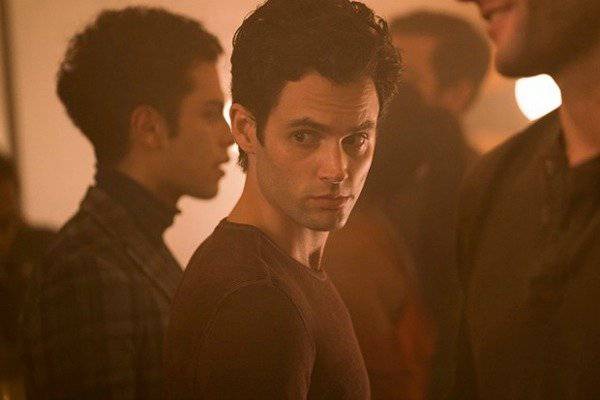 December can be an overwhelming time for many, so what better way to wind down than to sink your teeth into some good ol’ Netflix.

They say they save the best until last and well, it looks like Netflix has certainly delivered.

From your latest true crime obsession to the highly anticipated new season of You, the streaming service has us sorted as the holiday season draws closer.

Here are their top four upcoming releases, plus everything else hitting the streaming service next month.

Netflix’s new true crime documentary series, The Confession Killer, explores the story of Henry Lee Lucas, who was once thought to be America’s most prolific serial killer when he confessed to killing a total of 600 people.

However, he was lying about the overwhelming majority of them. In reality, Henry Lee Lucas was actually a ferocious fabulist.

The five-part series, made in part by Australian filmmaker Taki Oldham, will explore Lucas' confessions, and unpack and debunk the plethora of inconsistencies within his account.

Along the way, the documentary will also expose the issues within the U.S. justice system.

The psychological thriller, based on a novel of the same name by Caroline Kepnes, follows bookstore manager Joe who quickly becomes infatuated with aspiring writer Beck.

In season two of You, Penn Badgley will be reprising his role as terrifying psychopath Joe as he heads to LA and begins his search for love – again.

Given the high body count in the first season, it’s unclear if anyone else will be returning so it’s likely Joe will be meeting a whole new set of people to... creep out.

Marriage Story, coming to Netflix on December 6, follows the story of a married couple as they navigate the expensive, emotionally draining and heartbreaking terrain of divorce with an eight-year-old son. Starring Adam Driver and Scarlett Johansson, the movie also shows a story of family unity in the face of diversity.

The film is directed by Noah Baumbach, with many saying it is one of the best films of his career thanks to it’s unique perspective.

Kevin Hart: Don’t F**k This Up

And to quench your desire for a solid laugh, stand-up comedian Kevin Hart has a new show being released in the form of a six-part documentary series.

According to Netflix, the documentary series follows Hart as he “reflects on the events that have shaped his life, making him into the person he is today.

“Viewers will get a behind-the-scenes look at Kevin’s day-to-day life as he deals with the fallout from the Oscar controversy, his marriage, and his growing career.”

Kevin Hart said himself on Instagram, “It’s as real, as raw, as transparent as you can be. It’s something that I think people need to see.”

Here is everything else coming to the streaming service.

No Game No Life: Season 1

The First Temptation of Christ (2019)

The Road to Love: Season 1

The Chosen One: Season 2

Jack Whitehall: Christmas With My Father (2019)

The Bonfire of Destiny: Season 1

What are you most excited for coming to Netflix this December? Let us know in the comments.

There are 4 weeks until Christmas, and Netflix is stuffing them with festive goodness.