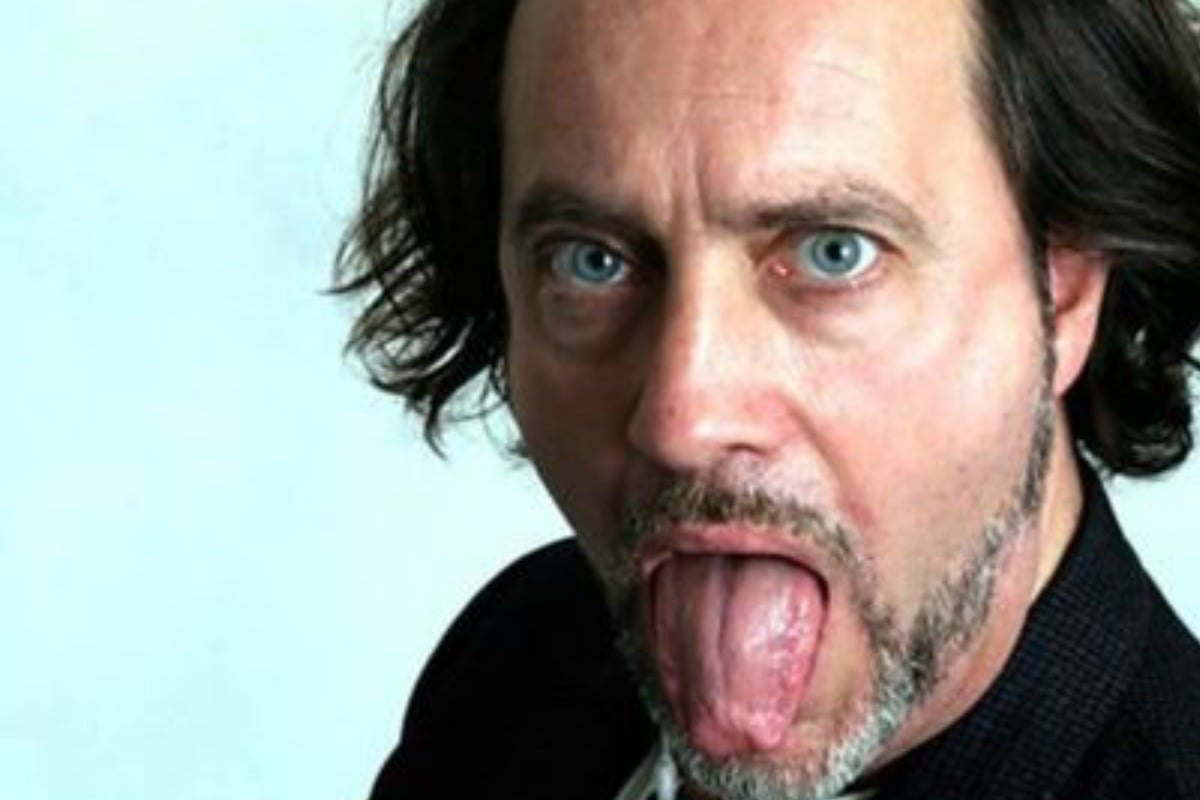 “Imagine if I died in front of you lot here.”

Ian Cognito was performing in front of a packed room at the Lone Wolf Comedy Club in Bicester, when he predicted his own death through a quick one-liner.

Moments later he was dead.

The veteran comedian was well-known on the stand up circuit in the UK and internationally. As he stood on stage on Thursday night, the crowd had a feeling he wasn’t his usual self.

Halfway through his gig, the 60-year-old comedian sat down on a stool and began breathing heavily. Knowing the show must go on, he joked with the audience about his health.

Then he slumped over in the chair and went quiet.

After five minutes, the crowd realised something was seriously wrong and emergency services were called. The comedian was pronounced dead at the scene.

Andrew Bird, who runs the club, said Cognito was not feeling well before his set but he insisted on going on stage.

“He was like his old self, his voice was loud. I was thinking ‘he’s having such a good gig’,” he told the BBC.

Bird said when the comedian fell quiet on stage he, along with the audience, thought it was part of the joke. Then he went up on stage to check on his friend.

“Everyone in the crowd, me included, thought he was joking,” he said.

“Even when I walked on stage and touched his arm I was expecting him to say ‘boo’.”

When it became obvious that something wasn’t right, two off duty nurses and a police officer began chest compressions until the paramedics arrived on scene.

“We came out feeling really sick. We just sat there for five minutes watching him, laughing at him,” audience member John Ostojak told the BBC.

“Only 10 minutes before he sat down he joked about having a stroke,” Ostojak continued. “He said, ‘imagine having a stroke and waking up speaking Welsh’.”

Cognito’s real name was Paul Barbieri. He was born in London in 1958 and he had been performing on the stand up comedy circuit since the 1980s.

Since the news of his death broke, fellow comedians have paid tribute to him online:

Veteran stand-up comedian Ian Cognito has died on-stage – literally. The audience thought it was part of the act. Died with his boots on. That’s commitment to comedy. I’ll never forget his kindness when I started out & how god damn funny he was.

Oh bless that Ian Cognito, who expired in his natural home last night, on stage. He was a difficult awkward hilarious troubled brilliant sort; a proper comic.

Such a sad shock. Ian Cognito has died. One of the people who made this job brilliant from the very beginning has gone. I got so excited to be on bills with him and watch him work and have a beer after. And those eyes! Those beautiful eyes. Much love to all friends and family xx

I’d heard so many stories before I met him. I got to a gig & the promoter said “Ian’s here & is in the dressing room”. I didn’t know which Ian he meant, opened the door & a man was pissing in the sink and smiling at me. I remember thinking to myself “I think this is Ian Cognito”

Fucking hell, Ian Cognito, an absolute firecracker of a man, he once stayed over at mine and when we woke up in the morning he was gone. It was a second floor flat and the front door was deadbolted. I asked him how he said he had no recollection. Sleep well friend xx #RIP

Just seen the news about Ian Cognito and have instantly welled up. He was the kindest, friendliest person and when you saw you were on a bill with him it brought you joy. So fucking funny. Loved how he called everyone ‘love’. Love you Cogs, love. RIP pal

Thing about Ian Cognito was it didn’t matter if you did a weekend with him, an evening, an hour, or only met him for a few seconds you’d walk away with a story to tell. Sometimes you’d have to tell it to the police, but always exciting to be around. Always. RIP old friend x pic.twitter.com/0L7iOW7LvE

This is almost verbatim the death of Dick Shawn

On April 17, 1987, during a performance at University of California, San Diego's
Mandeville Hall—which included his portrayal of a politician reciting such campaign clichés as "If elected, I will not lay down on the job"—Shawn suffered a fatal heart attack and collapsed face-down on the stage. The audience initially assumed that it was part of his act; but after he had remained motionless on the stage for several minutes, a stage hand examined him and asked if a physician was present.

After CPR had been initiated, the audience was asked to leave the auditorium, but
most remained, still assuming that it was all part of Shawn's act. Many began leaving—still unsure of what they had witnessed—only after paramedics arrived. A notice in the following day's San Diego Union newspaper announced that Shawn had indeed died during the performance. He was 63 years old. Shawn was interred at Hillside Memorial Park, a Jewish cemetery in Culver City, California.