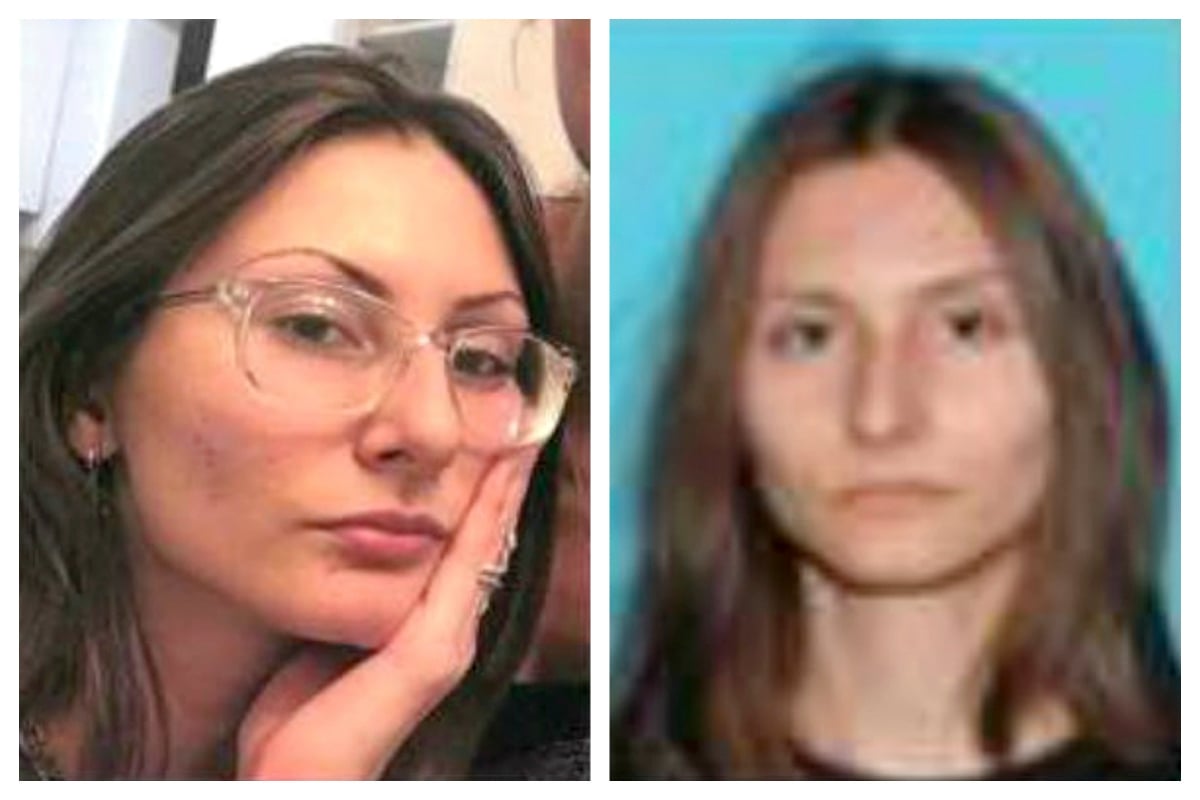 The following deals with suicide. For 24-hour crisis support, please call Lifeline on 13 11 14.

A Florida teenager believed to be obsessed with the Columbine massacre has been found dead in Colorado after she triggered a manhunt by making a “pilgrimage” to the state just days before the 20th anniversary of the infamous school attack.

Sol Pais, an 18-year-old student from Surfside, Florida, was found by authorities in Clear Creek County, about 64km west of Columbine High School, where two teenage male students shot and killed 12 classmates and a teacher on April 20, 1999, before taking their own lives.

Pais appeared to have died by suicide, Jefferson County Sheriff Jeff Shrader said during a news conference with school officials on Wednesday.

Pais flew from Miami to Denver on Monday, where she bought a pump-action shotgun and ammunition, FBI Special Agent in Charge Dean Phillips said at a news conference on Tuesday. Denver is adjacent to Jefferson County.

“There was a pilgrimage here. That’s pretty clear and convincing evidence that we have a threat to the school,” McDonald said.

We can confirm that Sol Pais is deceased. We are grateful to everyone who submitted tips and to all our law enforcement partners for their efforts in keeping our community safe.

Some 20 to 30 officers searched for her near the Echo Lake Campground in the Arapaho National Forest on Wednesday morning, after authorities received reports of a naked woman with a gun running through the woods, CBS4 in Denver reported.

No shots were fired by authorities as they closed in on Pais, the station reported, citing law enforcement sources.

The Miami Herald quoted Pais’ classmates describing her as smart and socially awkward. “She was just bad at starting conversations,” said Justin Norris, a senior at the school.

An online journal written by a woman who identified herself as “Sol Pais” contains numerous handwritten entries of despair and anger, peppered with images of weapons. “Being alive is overrated,” one entry reads, punctuated with an expletive, above a drawing of a handgun going off with the word “ready?” underneath.

Since the massacre at Columbine, there has been a decades-long string of US school shootings, some inspired by copycats who have expressed fascination with the massacre.

Columbine was the second deadliest shooting at a school in US history at the time. Now it stands fifth, surpassed by the high school shooting in Parkland, Florida in 2018 (17 dead), the shooting at an elementary school in Newtown, Connecticut in 2012 (28 dead), a 2007 shooting at Virginia Tech (33 dead) and the shooting at a University of Texas campus in 1966 (18 dead).

Wallabies superstar Israel Folau has requested a code of conduct hearing over his breach notice from Rugby Australia (RA) as his multi-million dollar contract hangs in the balance.

Unless successful at the hearing, Folau faces the sack after being issued with a "high-level" breach notice on Monday over controversial social media posts he made on April 10.

"Israel has responded formally today to request a code of conduct hearing which, under the circumstances, was not an unexpected outcome," said RA CEO Raelene Castle.

"We will now work to confirm a date for the hearing as soon as possible."

Given there are Easter public holidays on Friday and next Monday then Anzac Day next Thursday, it seems unlikely the hearing will be conducted until the following week.

It's understood the hearing would not take place for five days until after the tribunal has been convened.

There's no guarantee the outcome of the hearing will be the final chapter of the saga, as the loser could could consider taking the matter to the courts

The standoff between Folau and his employers comes just five months out from the World Cup in Japan and two months after he signed a four-year contract.

Just a few hours before RA announced Folau had been served with the breach notice, Wallabies coach Michael Cheika said he he wouldnt be able to select him him for the World Cup under the circumstances.

The reality of Folau's absence from Australian rugby union fields - at least for the time being - will start to hit home over the next few days.

The Waratahs will on Thursday announce a team with someone else in their No.15 jersey, for Saturday's significant Super Rugby Australian conference derby against Melbourne Rebels.

The NSW Rugby Union last Friday stood Folau down from all player duties with the Waratahs, to whom his younger brother John is contracted.

The RA Integrity Unit deemed that Folau had committed a high-level breach of the Professional Players' Code of Conduct warranting termination of his employment contract.

Rugby Australia says that public stance goes against their policy of inclusion.

Castle said Folau was warned formally and repeatedly last year about the expectation of him as a Wallabies and Waratahs player in regards to his social media use, following similar controversial posts.

She has stressed the action taken against Folau is about the issue of responsibilities an employee owes to their employer rather than punishment for his religious beliefs.

As far back as last year, Folau stated he would be prepared to walk away from the sport

"I told Raelene, if she felt the situation had become untenable - that I was hurting Rugby Australia, its sponsors and the Australian rugby community to such a degree that things couldn't be worked through, I would walk away from my contract, immediately," Folau said on Players' Voice last year.

Perth DJ Roscoe Holyoake allegedly picked up a toddler on a San Francisco street and had a "tug-of-war" with the young boy's mother. https://t.co/2G6fDZbSta

An Australian DJ locked up in a San Francisco jail after allegedly attempting to snatch a two-year-old boy off a busy street will have a chance to win bail later this week.

Roscoe Bradley Holyoake, a 34-year-old from Perth known as DJ Roski, was dressed in an orange prison jumpsuit when he appeared in a San Francisco court on Tuesday charged with kidnapping and child endangerment.

He was arrested on Friday after members of the public, including a dentist, said they heard the boy's mother's screams and chased after the Australian.

Assistant District Attorney Brooke Jenkins told the court the boy's mother was pushing a stroller on San Francisco's 17th Street with her young son following closely behind her, the San Francisco Examiner reported.

When the mother was putting her mobile phone in her pocket she allegedly saw Holyoake carrying her son with his arms wrapped around the child's buttocks.

A "tug-of-war over the child" allegedly then began between Holyoake and the mother who yelled: "What are you doing?"

A local couple, Adam and Sabrina Walker, were in the vicinity with their own four-year-old son and told TV station KTVU they watched as Holyoake released the boy after the struggle, smiled and then attempted to run away.

Walker, a dentist, said he and other bystanders chased after Holyoake on foot.

"I think my fatherly instincts kicked in and I did what I thought was right," Walker told KTVU.

Holyoake gave up after a short chase, Walker said.

He put his hands up, and said 'All right, I'm done' and he didn't fight back, didn't struggle, just obeyed my commands, walked to the sidewalk and put his hands on the wall and got on his knees," Walker said.

Holyoake's court-appointed lawyer, Stephen Olmo, said the Australian did not have a criminal record.

"He has been in this country many times doing charitable work, disc jockey work," Olmo told reporters outside court.

4. "A deal with the devil". Former Nauruan president's refugee regrets.

With not long left to live, the former president of Nauru, Sprent Dabwido, shares his regrets with @HamishNews#TheProjectTV - 6.30 tonight on @Channel10AU pic.twitter.com/ZDGMoLcEh7

Nauru's former president has described a refugee deal he signed with Australia as "torture" as he prays for forgiveness on his deathbed.

Sprent Dabwido struck a deal with Julia Gillard in 2012 for his impoverished Pacific island to once more be used for offshore processing of asylum seekers and refugees.

Mr Dabwido now regrets signing the agreement, which was worth hundreds of millions of dollars.

"I think I've caused a bit more problem than I ever thought I would," he told The Project on Network Ten.

"There's nothing much I can do but just say I'm very sorry that I thought I was doing the right thing at that time."

Mr Dabwido, who is now terminally ill, described the agreement as a "deal with the devil".

He implored the government of Nauru to rip up the deal and force Australia to find somewhere else for the hundreds of people detained on the island.

"Nauru government should find a better way than living on these people's blood," Mr Dabwido said.

"Lives have been lost. Corruption and greed has overtaken my island."

Mr Dabwido said he was being "very naive" when he signed the original contract.

"I thought we could quickly establish ourselves and put the money aside and get the country back on its feet," he said.

"But what it did was, it did the opposite."

Joseph Esmaili has become the first one-punch killer given a mandatory 10 year non-parole period under new laws. Head sentence 10 years 6 months. 24yo has showed no remorse for manslaughter of surgeon Patrick Pritzwald-Stegmann at Box Hill Hospital in 2017. @9NewsMelb pic.twitter.com/5FmVlWs7vh

A respected Melbourne surgeon's killer will spend at least a decade behind bars after becoming the first person sentenced under Victoria's "coward-punch" laws.

The killer, now 24, was found guilty of manslaughter last year and was on Wednesday ordered to spend up to 10 years and six months in prison.

He's the first person to receive a mandatory minimum decade-long prison term under Victoria's coward-punch laws, meaning he must serve at least 10 years before being eligible for release on parole.

Mr Pritzwald-Stegmann paused on his way home to ask a group - including Esmaili - to stop smoking near the hospital entrance.

A loud and aggressive row broke out, captured on CCTV.

"Unfortunately neither of you was prepared to simply walk away from the argument," Justice Elizabeth Hollingworth told Esmaili.

"Suddenly, and without warning, you pulled your right hand out from behind your back, and punched him with a clenched first to the head."

The force of the punch knocked Mr Pritzwald-Stegmann unconscious. He fell straight to the floor, hitting his head and sustaining catastrophic brain injuries.

Esmaili ran from the hospital as medical teams raced to save the doctor.

Widow Christine Baumberg said Mr Pritzwald-Stegmann was first and foremost a loving husband and father. Their twin daughters were five when he died.

He was also a dedicated heart and lung surgeon who spent his days dealing with cancers and other harmful effects of smoking, she said, calling for stricter enforcement of hospital smoking bans.

The sentence reflected Esmaili's "total lack of responsibility and remorse" following a trial in which he'd blamed everyone but himself for her husband's death, she said.

"You still have some way to go before you genuinely accept responsibility for your actions that day," she said.

Victoria's one-punch laws were introduced in 2014.

Earlier bids for mandatory minimum sentences for Richard Vincec, who killed Jaiden Walker in 2017, and Andrew Lee, who fatally punched Patrick Cronin in 2016, were withdrawn by prosecutors before sentencing.

Before the decade-long minimum can be sought they must prove a single strike to the head alone caused death, that the victim was not expecting the punch and the attacker knew it was unexpected.

Caterina Politi, whose 22-year-old son David Cassai was killed in a one-punch attack at Rye in 2012, cried tears of grief and relief outside court at the fact the law had been used, but wants it applied to all deaths by assault.

"If there was no CCTV they could not prove that the doctor wasn't expecting to be punched. He's not here to tell us," she said.

"To have to prove these points is excruciating and you don't always have the luxury of CCTV."