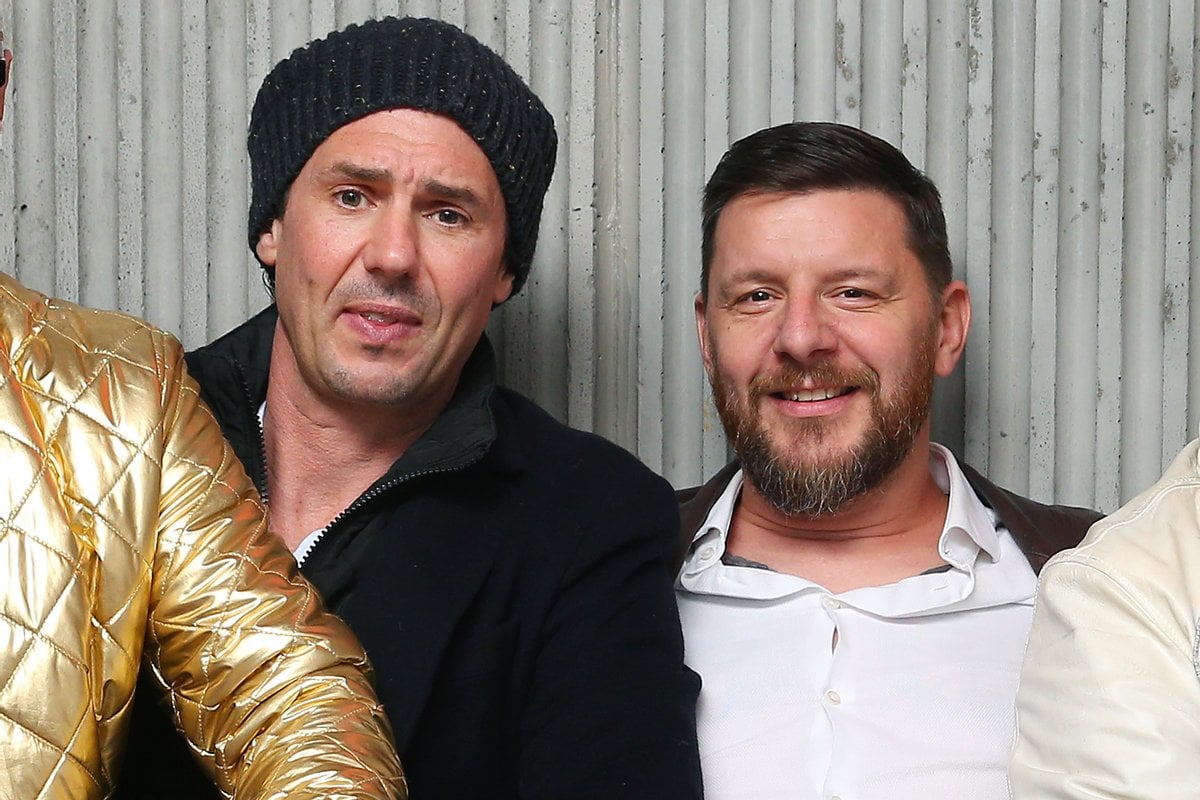 On Wednesday night's episode of I'm A Celebrity... Get Me Out Of Here!, Colin Fassnidge opened up about his years-long feud with chef Manu Feildel.

Speaking to fellow contestant Grant Denyer, Fassnidge shared that he used to "fight everybody" in the early years of his career.

Watch a clip from Wednesday night's episode of I'm A Celebrity... Get Me Out Of Here! below. Post continues after video.

The 45-year-old's feud with Manu Feildel first began when the celebrity chef won Dancing with the Stars in 2011.

At the time, Fassnidge mocked Feildel in an interview with The Sunday Telegraph.

"If you do these things it’s got to be on your own terms and not be [made to look] a fool, like making you wear a clown suit and dance around a studio," Fassnidge said, according to news.com.au.

"Look, I don’t knock your man Manu, but he’s not going to go back in the kitchen again... and that’s fine, he’s changed careers," he continued.

"He’s going to make a lot of money out of that, but don’t go back and say you’re a full-time chef."

"When I did MKR, they knew me and Manu didn’t get on because we’d had Twitter wars and all this sh*t," Fassnidge told Denyer on I'm A Celebrity.

Listen to Colin Fassnidge on What I Eat When, Mamamia's podcast that’s all about meals, moments, and memories, because every meal tells a story. Post continues below.

According to Fassnidge, Feildel pulled an "alpha move" and told him: "Well buddy, welcome to my home. If there’s anything you need, I’ll tell you how to do it."

By the end of their first season together on My Kitchen Rules, Fassnidge decided to apologise to his fellow judge.

"I just went into his dressing room and said, 'Mate, I apologise for whatever.' And he’s like, that’s it, buried it," he said. "Same with Miguel."

Since then, Fassnidge, Feildel and Maestre have become close friends.

"All the wives hang out, the kids hang out. We’re like, 'Why did we waste so long getting to know each other?'" Fassnidge added.

In an interview published in OK! Magazine in 2018, the celebrity chef openly spoke about their feud.

"We had a feud for a very long time and then we got stuck working together, but we actually found out that we do get on," Fassnidge told the publication. 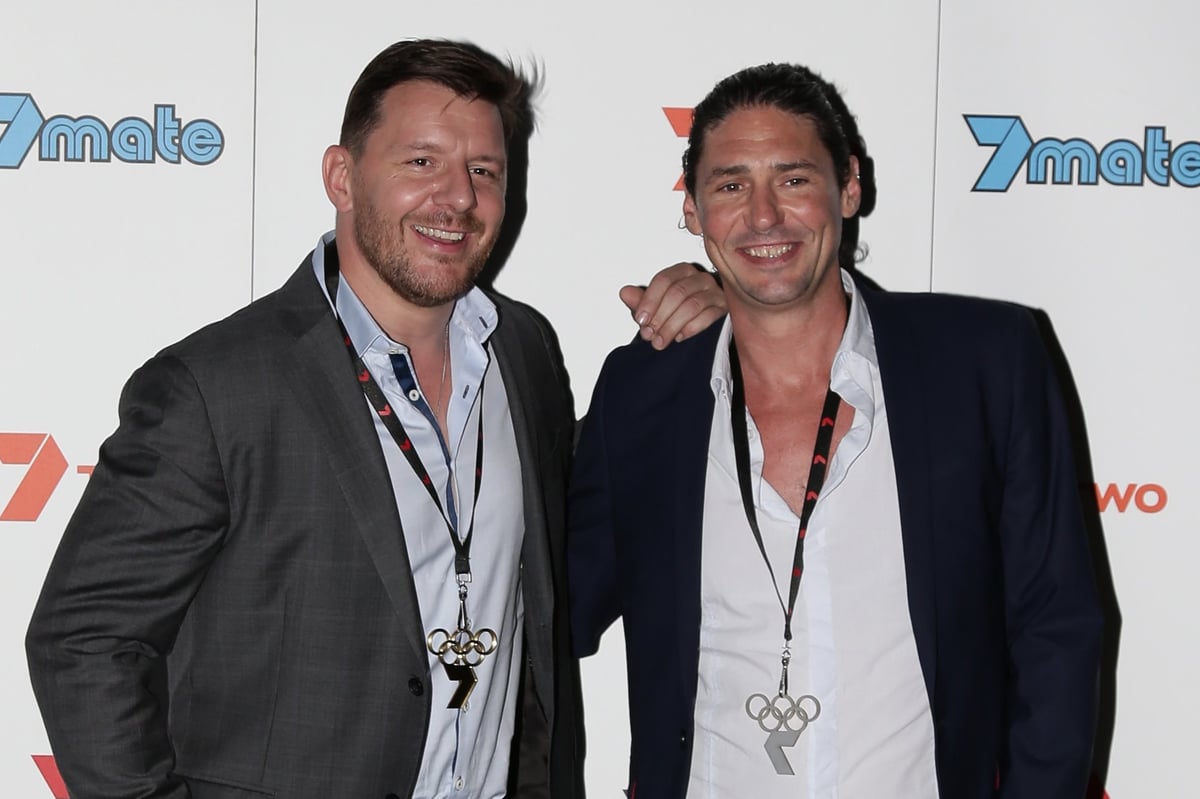 Speaking to news.com.au in 2015, Feildel added that he was happy to be working alongside Fassnidge.

"When I got told [Fassnidge] was going to join the team, I was a bit like, 'Whoa.' Then I just said to myself, 'Maybe it’s a sign, what the heck, we’re going to work together, let’s make the best of it,'" he said.

"Since we’ve worked together we realise we’ve got a lot in common... he’s a great guy and I’m happy things have changed between us because there’s no need to be like this."

Fassnidge, who is currently competing on I'm A Celebrity, has appeared on My Kitchen Rules since season four as a mentor and guest judge.

Since landing in Australia in 1999, the Dublin-born chef has run some of Sydney's most successful restaurants, including 4Fourteen, Banksia, and the Four in Hand Hotel.

More recently, the 45-year-old has released a number of books, including Four Kitchens and The Commonsense Cook: Real Family Food Made Easy.

While working at fine-dining restaurant est., which has since permanently closed, Fassnidge met his future wife, Jane Hyland.

At the time, Hyland was working as the restaurant's assistant manager. 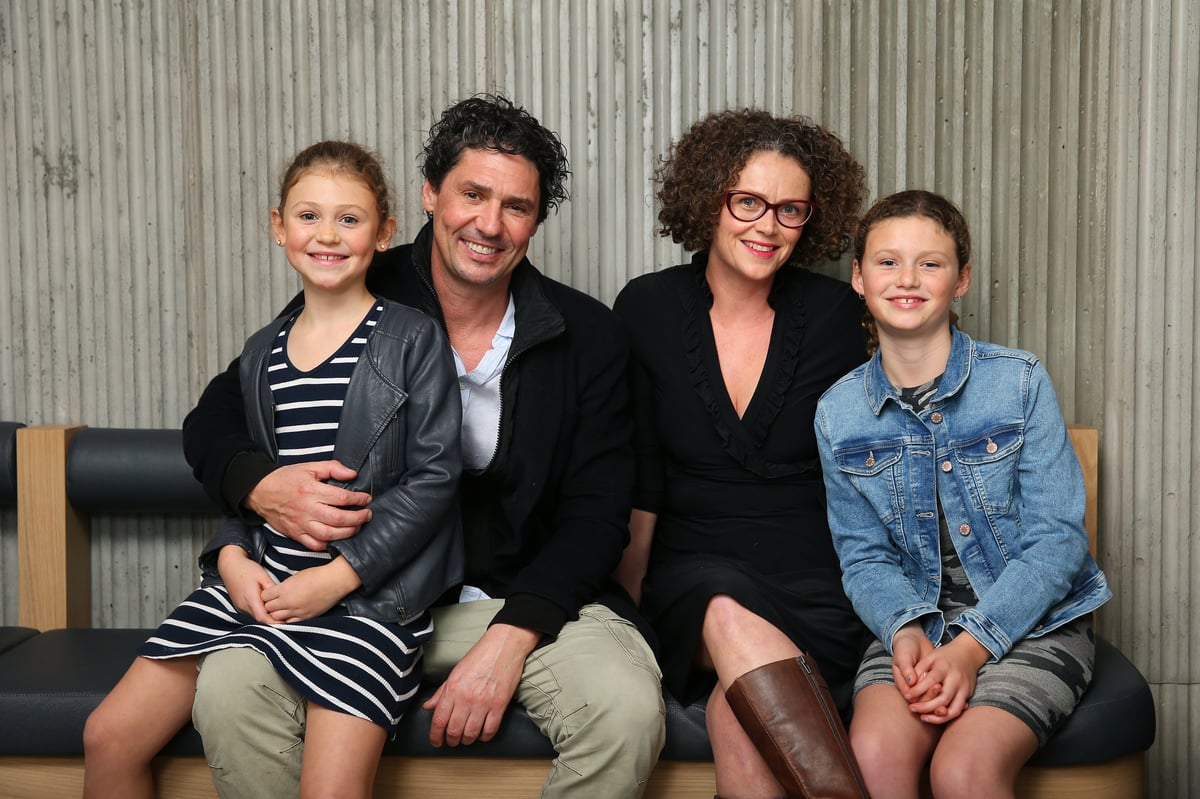 "We were both here on a working holiday at the time. It was just prior to the Olympics, so it was a good time to be in Sydney," Hyland told New Idea last year.

"I don’t know what Colin’s first impressions of me were, but I thought he talked a lot!"

Fassnidge added: "We were both into food, so it went well. It became serious within about six months."

The couple got married on January 8, 2006, and have since welcomed two children together, daughters Lily and Maeve.

In an interview with Escape, Fassnidge joked about the struggles of living with two daughters.

"I live in a house with three women – there’s always tears and arguments. And my wife and daughters just take their clothes off and don’t put them away. That just s**ts me," he jokingly told Escape.

"My section’s all organised and they have stuff everywhere, towels everywhere."

The celebrity chef has also previously shared that becoming a dad changed his approach to work. 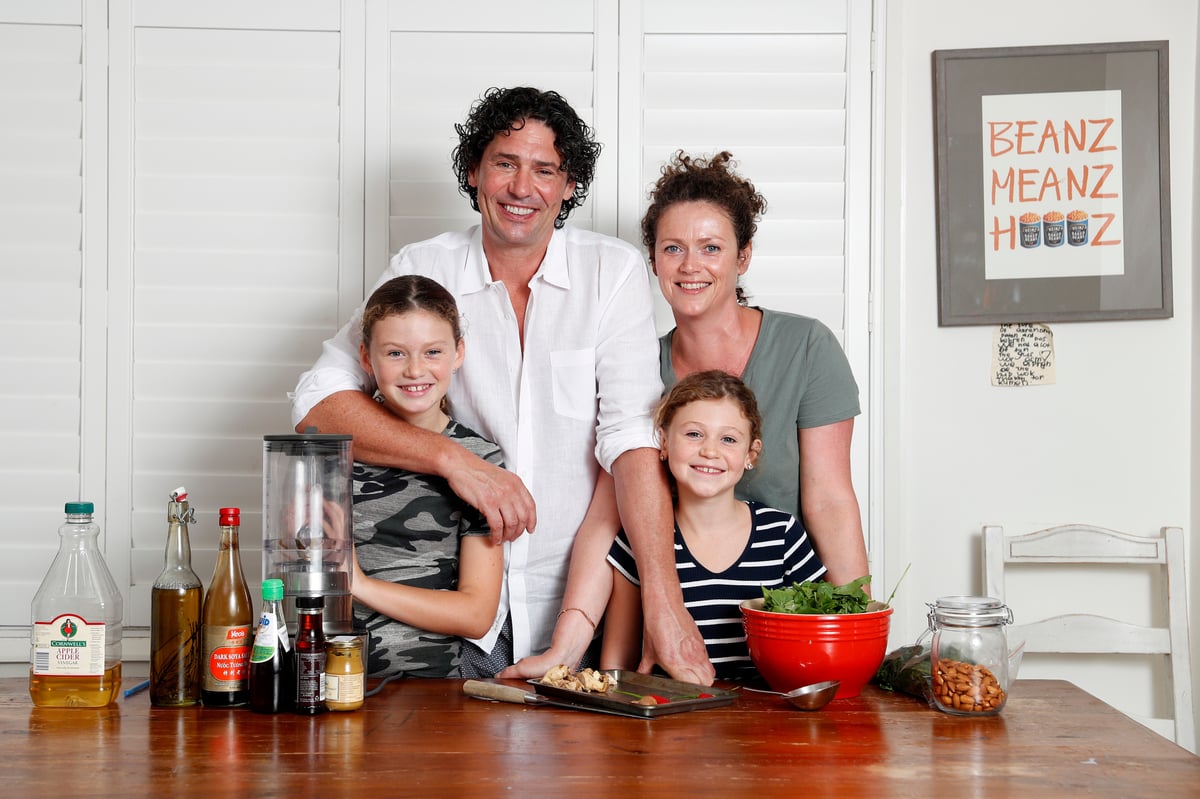 Colin Fassnidge and his family at home in 2020. Image: Getty.

"I know too many chefs who still stand in the same spot as they did 16 years ago for 16 hours a day and they're just grumpy. They hate cooking, and they hate restaurants and they hate life. They drink too much, take too many drugs. I always said if I had kids I was never going to be that person," he told The Good Food Guide in 2018.

"I burned through so many staff. I was known as a hard chef in Sydney. And then one day I turned around and no one would work for me. Like, f**king no one."

I’m a Celebrity continues on Thursday night at 7.30pm on Channel 10.