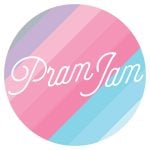 Thanks to our brand partner, Mercy Health Foundation

Imagine how different breastfeeding would be if you could share the load.

That’s precisely what Janet Brody, a registered nurse, midwife, and parent educator with Rainbow Families wants to help some same-sex couples achieve, one co-breastfeeding couple at a time.

“We’re kind of making it up as we go really, it’s a brave new world,” Janet told This Glorious Mess podcast co-host Holly Wainwright this week.

“Now [in some lesbian relationships] there’s an opportunity for both women to breastfeed. There’s quite a process involved, and it’s important for women to identify early that they’re interested.

Ensuring the co-breastfeeding only begins after the six-week mark is important, Janet added, because the birth-mother’s milk supply varies slightly, and is more tailored to what a newborn baby needs.


Still, having both women in a lesbian relationship breastfeed their child can be fantastic for parent-child bonding, as well as keeping up with the demands that often come with being a working mother.

“Supply has to be maintained for both mums, so it might involve pumping,” Janet explained. “It’s something you need to plan for and talk to a lactation consultant.

“Some people have to go back to work quickly, and there are circumstances where people can’t continue feeding, or they might have a dwindling supply and despite medication and pumping and all those additional things, they need an additional supply.”

Guest co-host Annie Nolan, also known by her blogging moniker Uncanny Annie, has a great deal of experience with co-breastfeeding.

“My mother and her sister had their sons five days apart. [My aunty] was a single mother, so she moved in and I have very, very strong memories of that. It was very helpful that if you have a commitment, they would babysit for each other.

“Lots and lots of my lesbian friends have co-breastfed and often it’s a lot to do with working, so many want to go back to work, and they might have been the one to have the baby.”

This content was created with thanks to our brand partner Mercy Health Foundation.