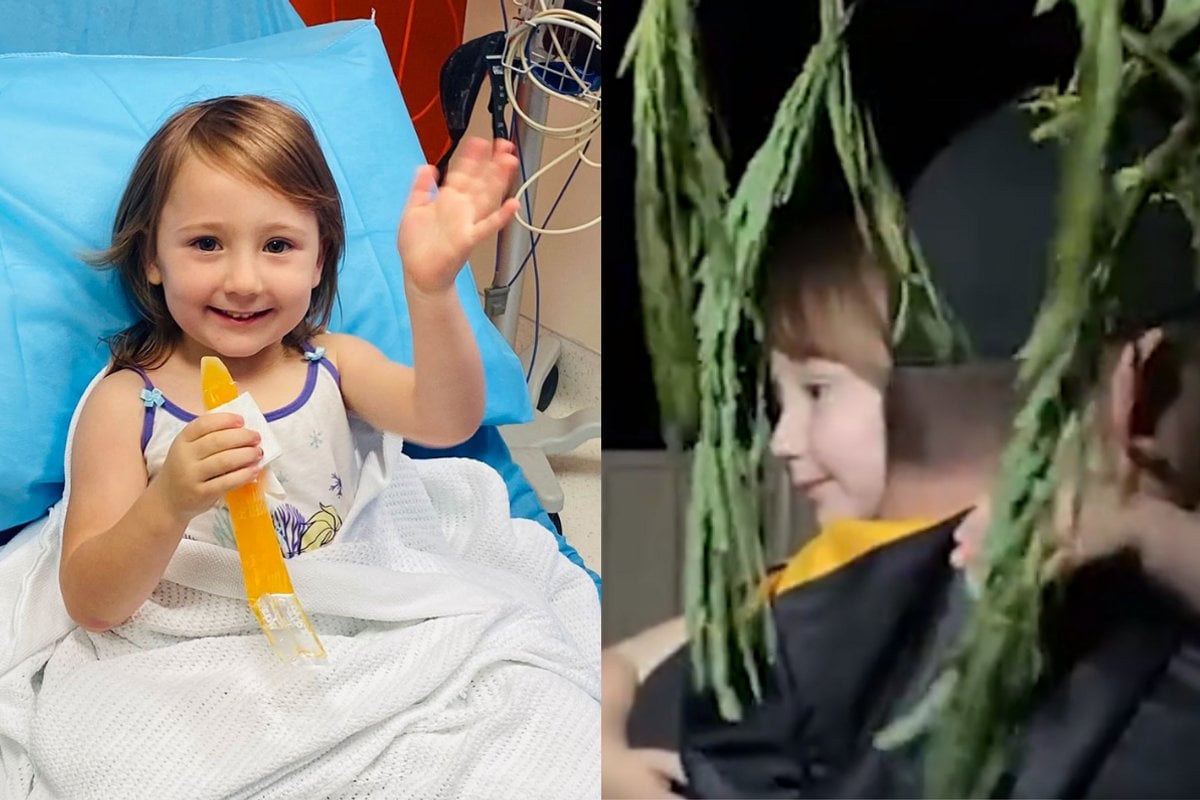 It was the news the nation had been hoping for.

On Wednesday, police announced Cleo Smith was found "alive and well", more than two weeks after she went missing from a campsite north of Carnarvon in Western Australia.

The four-year-old was found in a locked house in Carnarvon in the early hours of Wednesday morning and has since reunited with her family.

On Wednesday afternoon, police shared a photo of Cleo smiling from her hospital bed after being found.

The miracle we all hoped for. ❤️ pic.twitter.com/zOd5WDTA1A

The young girl was on a holiday with her family at the Blowholes campsite in Macleod, north of Carnarvon, when she was reported missing on the Saturday morning of October 16.

Read: “We’re going to take you to see your mummy and daddy.” Everything we know about the discovery of Cleo Smith.

Here's what we now know about the search for Cleo Smith, and the man charged with her abduction.

What do we know about the man police have charged?

Police have confirmed the identity of the man allegedly responsible for Cleo's abduction is 36-year-old man Terence Darrell Kelly from Carnarvon, who was taken into custody and questioned by detectives on Wednesday.

Mr Kelly has today been charged with forcibly or fraudulently taking or enticing a child.

He appeared at Carnarvon courthouse shortly after 4pm AWST today, and made no application for bail. He is set to re-appear in court in December.

The charges come as Kelly’s neighbours told The West Australian he was a “very quiet” man who “kept to himself”.

“The lights were on and she was playing with toys, I think that’s about all I want to say. This is still a matter that needs to go before the courts. There’s certain aspects about what we saw that is going to be evidence,” he said.

Police say Mr Kelly had only become a suspect in the case on Tuesday and has no connection to the family.

It was later reported that Mr Kelly was taken to hospital after reportedly sustaining head injuries in his holding cell.

On Thursday morning, Blanch told Sydney radio station 2GB that Mr Kelly had been taken to hospital for a second time and had no serious injuries.

"We’ve had to take him off to hospital again this morning, so that’s twice," he said.

Blanch also said that before an interview takes place, a person needs to be of sound mind and health.

"So we've got to make all the right accommodations for this person... so we can make the right decisions going forward today."

How did police find Cleo?

At 12:46am on Wednesday morning, WA police officers "broke their way into a locked house" in Carnarvon, located just several minutes from Cleo's family home.

Police Commissioner Chris Dawson said that officers "really did not know what they were going to encounter" on the other side of the locked door.

There, Cleo was found alone sitting on the floor in one of the rooms, playing with toys.

"One of the officers picked her up into his arms and asked her 'what's your name?'" Deputy Commissioner Col Blanch said in a statement.

In video footage released by WA Police on Wednesday, Cleo is shown being held by a police officer while Detective Senior Sergeant Cameron Blaine asks if she is ok.

"Cleo, my name's Cameron, are you OK?" Blaine asks in the video.

"We're going to take you to see your mummy and daddy."

The moment Cleo was rescued 👏 pic.twitter.com/arusYi9kCa

A police tip off and phone data.

Commissioner Chris Dawson said a tip-off led police to the house in Carnarvon, according to the ABC.

"There was some information we followed up on. We had been following, you know a lot of the forensic leads and it led us to a particular house," he explained.

He added that police "put everything we had" into the investigation.

"We mounted our general duties police who did a tremendous job within minutes of arriving, the first officers in the scene, within minutes, declared it a forensic scene and sealed it off which was just really, really good policing. From that moment on, it's just been a really dedicated team of well over 100 on the scene itself and we were prepared for a long hall but we're so, so pleased."

"We had to find that needle. Now, last night, that needle in the haystack came out and they acted in a heartbeat," he said.

He went on to describe the case as "a big jigsaw", adding that phone data "certainly" helped.

What is an 'opportunistic' crime?

On Tuesday, before Cleo was found, Detective Superintendent Rod said the abduction of Cleo was likely an "opportunistic" crime, which by definition, means it may not have been planned.

"We know they [the family] got there on the Friday night, it was getting dark, and there would have been limited opportunity for people to observe Cleo at that time."