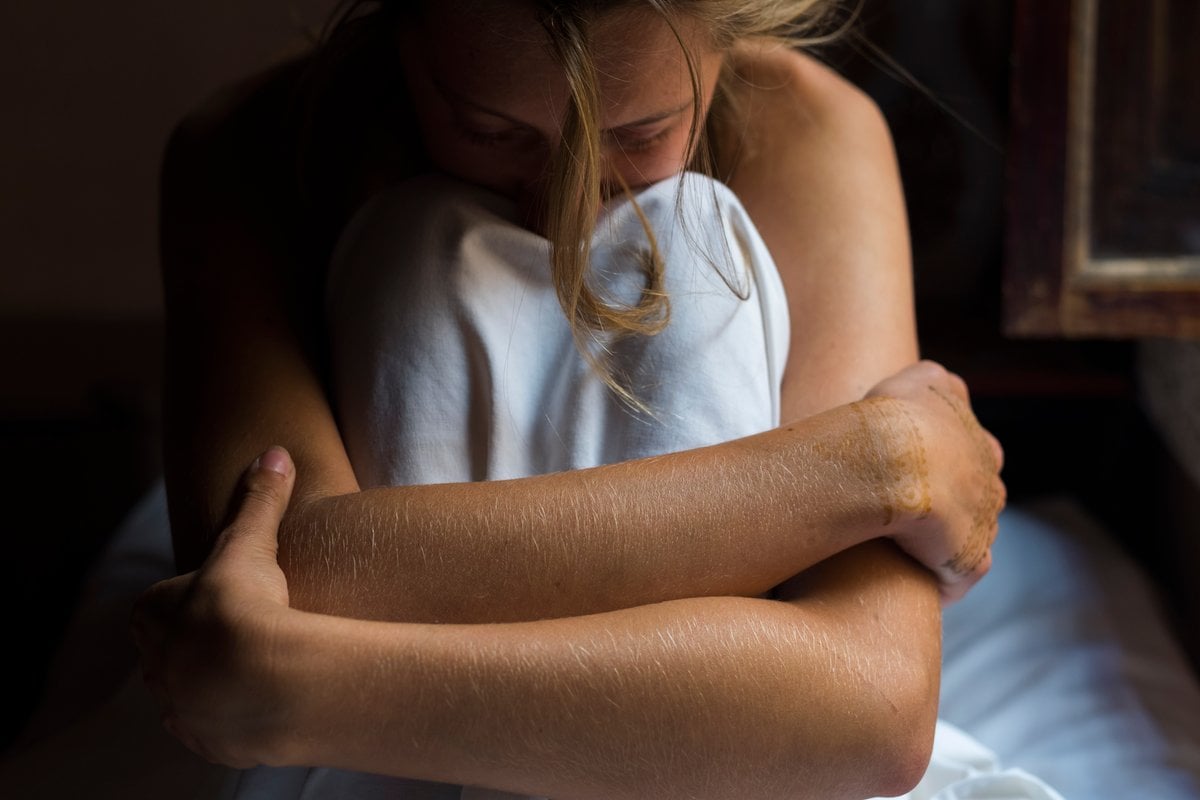 We all know that. We’re vulnerable to its twists and turns; we all have struggles — our circumstances can take us down a very dark, unhappy path.

But it’s not all about circumstances — or genetics. A chunk of our unhappiness — for some people a very large chunk — comes from the ways we think and behave — and the habits that govern our days.

Watch: Scientific Happiness hacks you can try. Post continues below.

And when these become ingrained, they can dictate the course of our lives, keeping us in a miserable place.

Chronic unhappiness and clinical depression can be hard to separate. Depression can take many forms, ranging from a single episode to multiple episodes to persistent low mood — or it can present in a mood disorder such as Bipolar Disorder.

Depression can be linked to many variables, including difficult life circumstances or changes in brain chemistry, and symptoms can be on a sliding scale from mild to severe/disabling.

A person who is clinically depressed needs support and empathy (as well as the right treatment).

But we should all strive against embedding habits that promote chronic — persistent or extreme — unhappiness and, even better, try to develop healthy ones.

Here are the key habits to notice — and look to improve on whenever you can.

1. They worry (excessively) what others think of them.

We all care about others’ opinions more than we want to admit. But chronically unhappy people take their worries further; they ruminate endlessly on the words/actions of others, trying desperately to figure out what a tiny slight really means.

The trouble is, holding onto the belief that others don’t like you, or you’ve done something wrong, promotes anxiety and misery.

In reality, there will always be people who like you and people who don’t.

There will be people who will treat you well — and those who won’t. The capacity to accept this truth makes life — actually everything — easier to deal with.

All we can do is our best with what’s right in front of us, atone for our mistakes and let the rest go.

2. They are harsh critics of other people.

And that can lead them to project that onto others, through criticising their weight, appearance, clothes, personalities, lifestyles and choices.

The negative words are often out of their mouths before they’ve thought about the hurtful impact— on others as well as themselves.

We’re all a work-in-progress when it comes to judging others but if you don’t like your tendency to judge quickly and harshly, think about this: the world is not a better place for putting your criticisms out there — it won’t win you any friends and it will help maintain your own unhappiness.

3. They pour cold water on everything.

In other words, they always jump to the negative view; thinking about why something might be a bad idea or why something won’t work or what could or will or did go wrong.

I’ve had many clients confess to this tendency, usually when their partner has called them out on it because it’s starting to erode their relationship.

Just be aware that constant negativity is tiring to be around.

Pause BEFORE you speak. Sometimes other people just want to see the upside of their plans, they want to feel excitement, they want to think about what could go right. Let them have their moment.

4. They hold grudges into overtime.

It’s completely normal to feel the sting when someone hurts or upsets you.

If they did it on purpose, or if it’s a repeat behaviour, you should consider stepping away from them. But when you hold a grudge for a long time, you can’t heal a wound — nor can you get any peace.

You don’t have to force yourself to forgive (that won’t work anyway) — just loosen your grip on the people who’ve hurt you and invest more in your own life, activities and people who do matter.

Unhappy people have a tendency to bring everything back to themselves, especially if their unhappiness is driven by anxiety.

To think others are talking about them, judging them, that bad things will happen, that the world is working against them.

Remember that people are thinking about us far less than we like to imagine simply because they’re more interested in themselves.

The best cure is to step outside yourself and do something nice for someone else. Then allow yourself to wallow in the goodwill you’ve created and pleasure that it brings you.

Karen Nimmo is a clinical psychologist, writer, and author of three books. To read more from Karen Nimmo, visit onthecouch.co.nz or follow her on Facebook @KarenNimmoPsychology