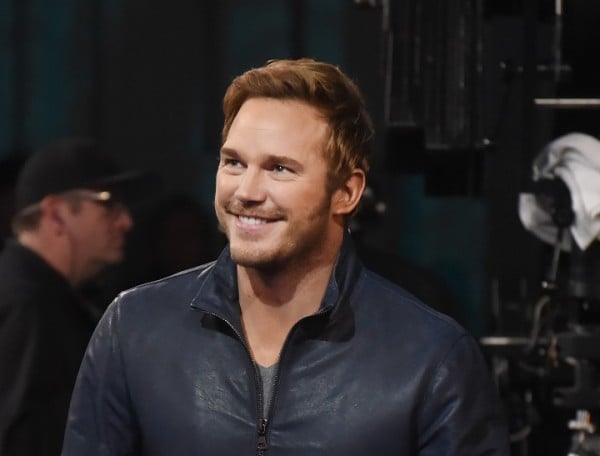 He’s quite the crumpet. Made instantly even more crumpet-ish when hanging out with his adorable son.

Honestly, what is it with dads and their babies that makes them even more crumpetly than ever?

My husband will be mortified and this is not an objective opinion, but he’s quite the crumpet. His crumpet stakes are considerably raised when I spy him playing dollies with our daughter. Not gonna lie.

Anyway. Back to Pratty.

The Guardians of the Galaxy star shared an ADORABLE video in which he is teaching his three-year-old son Jack how to fish.

BE STILL MY HEART.

This kid will be my partner in the bass masters pro am when he’s old enough. We’ll take the bass fishing world by storm. Tag me with picks of monster bass. Cmon! They’re spawning!

Jack is pretty well the cutest kid I’ve ever seen, second only to my own son.

And in time, it looks like he caught a reasonably sized fish. It was THIS big!

This little dude is bass fishing crazy. Just like his daddy! A photo posted by chris pratt (@prattprattpratt) on Apr 10, 2016 at 7:27pm PDT

In more Chris Pratt news, and further excuses to share crumpetly pictures, he celebrated Easter earlier this year by erecting an enormous cross on top of a hill with the help of a few mates.

In between shooting for Guardians of the Galaxy Two.

Click the link in my bio for a chance to visit the set of #guardiansofthegalaxy2 A video posted by chris pratt (@prattprattpratt) on Mar 28, 2016 at 1:56pm PDT

Which is fantastic news for nerds like me, who listen to the Guardians of the Galaxy sound track on high rotation.

Feels good to be back in action on Guardians of the Galaxy Volume 2!!! I can’t even tell you how excited I am. Ok I’ll try. I’m ecstatic. I’m bursting with joy. I’m overwhelmed by feelings of enthusiasm, joy, gratitude, conviviality, camaraderie, elation, exhilaration. I just used an online thesaurus for these words. I suggest trying that. That way instead of saying “I’m very excited” say, “I’m exhilarated.” Never too late to learn words. The pen is mightier than the sword. I never got that. I could whoop someone’s ass if I had a sword and they only had a pen. WAIT!!! Now I get it. Cause you could use a giant pen with a dagger on one end? And a gun on the other end? No? Whatever. Point is… Guardians of the Galaxy Vol 2. Is going to be the greatest spectacle film of all time. This is not…. bear with me… using online thesaurus….. Hyperbole! This is not hyperbole!

And last but not least, for good measure, here he is earlier this week at the MTV music awards.