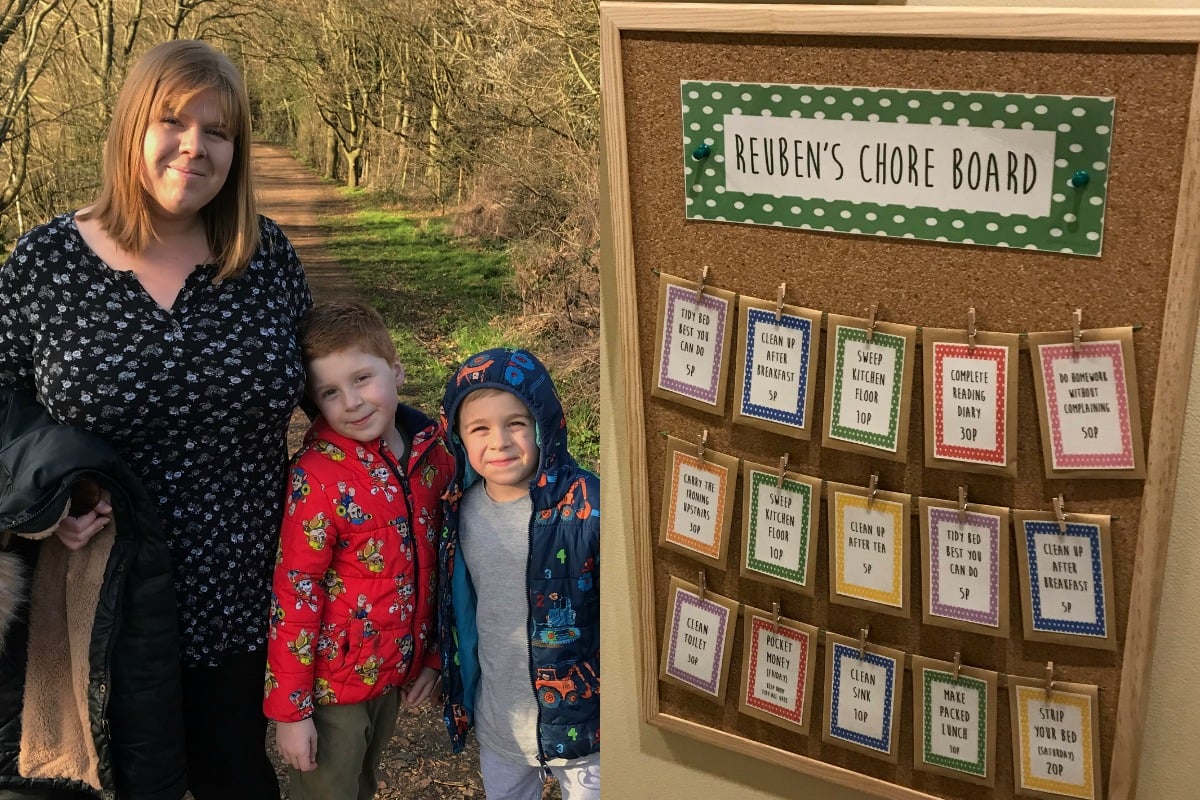 Ask any parent and they'll tell you that getting kids to do chores is a chore in itself.

While some have tried setting up weekly routines or pocket money, encouraging kids to do housework isn't always met with enthusiasm.

But one mum has come up with a genius way to get her sons to take initiative and help out around the house, all while teaching them about the value of money as an added bonus. And it's actually quite simple.

Enter the chore board.

While chore charts have been around before, this one acts as money reward board where kids can pick which chore they want to complete to earn different amounts of money.

UK mum Rachel Riley shared a photo of her colourful chore board which she created for her sons Christian, 8, and Reuben, 7, on her Instagram page This Mum Makes.

"I’m one of those parents that totally bribes their children to get stuff done," Rachel began the post.

"Some of these tasks they already did without expecting anything in return but as I absolutely hate stripping beds and making packed lunches, I really don’t mind them getting a bit of money for that - totally makes my life easier."

Rachel previously used a reward jar system, where her sons would be given a piece of dry pasta to put in a jar when they tidied up around the house or achieved something at school. Once the jar was full, they'd get £5 (A$9) in pocket money to buy something for themselves. But as they stated getting older, Rachel wanted to teach the boys about money.

"The pasta jar/reward jars had worked brilliantly for years, which was an idea from Reuben’s preschool teacher. We were struggling to get him to focus on doing simple tasks and she suggested this to us, which was a huge help... But as they were getting older, I felt they needed something beyond counting pieces of pasta to fill a jar," Rachel told Mamamia.

"I wanted something that would not only encourage my children to do chores, but to also help them with maths and their understanding of money."

So Rachel came up with the idea of a chore board, which she fashioned using string, pins, a cork board, mini pegs and mini envelopes.

During the week, her sons can choose which chore they want to do to earn some spare change. For example, they could earn 5p (around 10 cents) when they tidy up after themselves at breakfast and 10p (around 20 cents) for cleaning the sink.

"All the money they earn from these jobs will go in a pot. They can’t have it till the end of the month," Rachel explained in her post.

"This money is on top of their pocket money, given to them if their rooms are kept fairly tidy, which they get weekly and can spend as and when they like. They do tend to save that money till the end of the month as well now. The chores are optional so it varies from month to month how much they have," she told Mamamia. 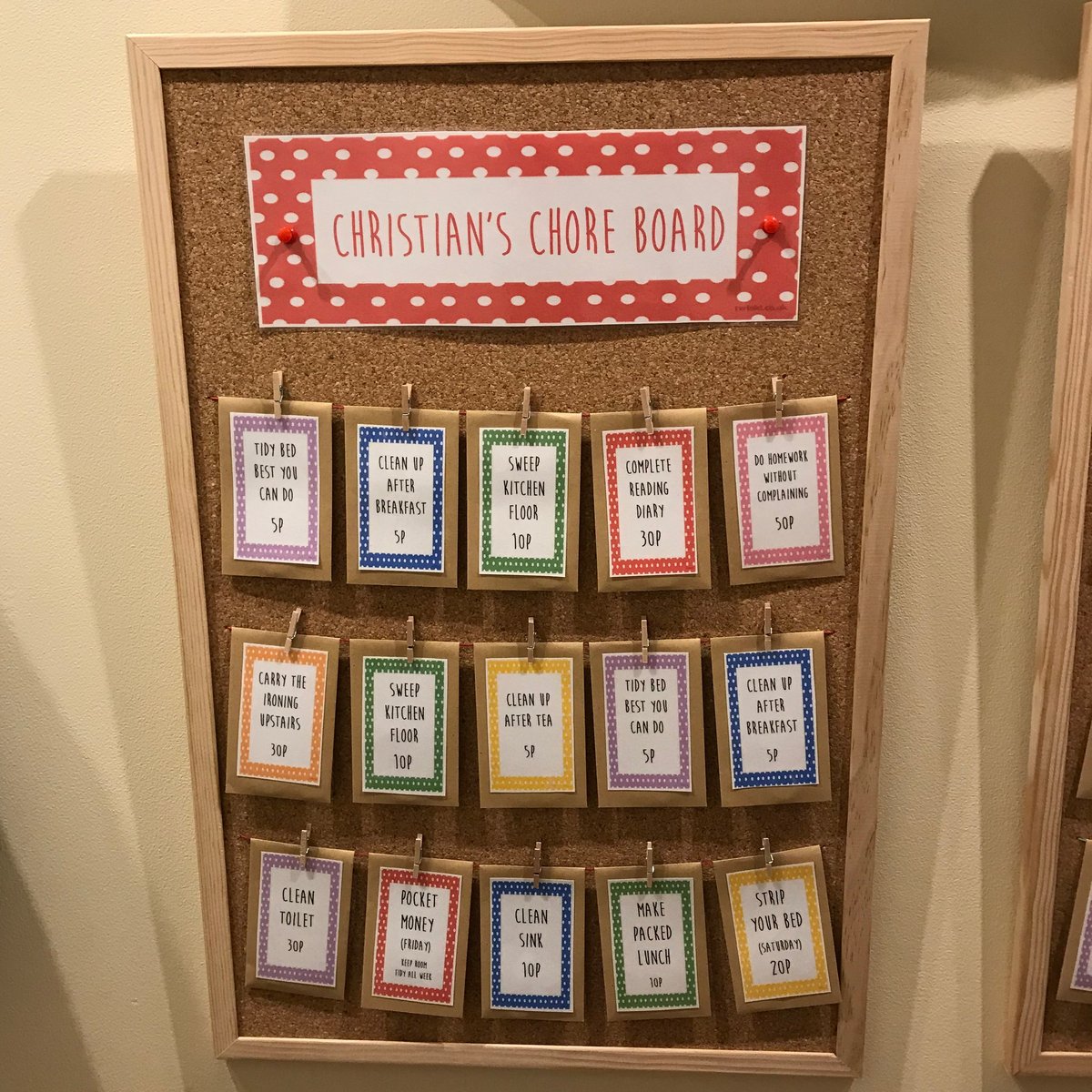 Overall, Rachel says the boards have been a success since they started using them in January this year. In fact, the boys are now doing some of the chores without taking any of the money.

"Making their beds, cleaning up after meals, making sure the toilet seats are clean, are all things that they are in the habit of doing now. Just like they are now in the habit of tidying up their toys because they did it for years when they would build up their reward jars."

And it's a hit amongst the boys too.

"They loved the idea of being able to earn some money and planning what they could spend it on."

But Rachel insists the chores aren't compulsory and are instead there as an option to earn money.

"I feel it's important for kids to have the opportunity to earn a little bit of money because when they get older, that’s what they will have to do. I’m hoping I am in some small way preparing them for the real world. They won’t get money handed to them, so if they want it, they will have to work for it. Also, to realise there is satisfaction in completing a task and being rewarded for your hard work." 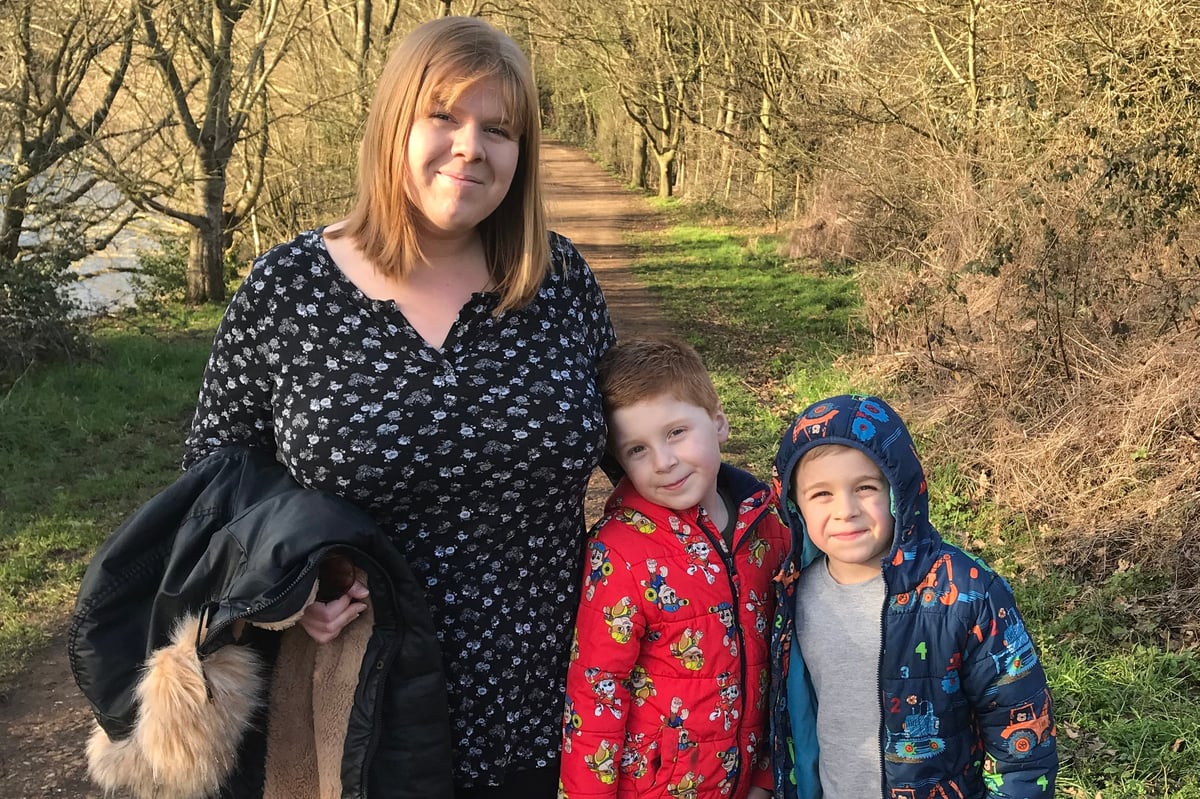 After sharing her idea online, Rachel has been praised for her "amazing" idea. However, she also received some backlash from parents.

"I think some people are under the impression I’m making my children constantly do housework, which of course is not the case. It’s totally optional, at their own pace. If they don’t want to do anything on the board, they don’t have to."

"However, the reward aspect of it does encourage it, so eventually they will just be used to getting jobs done without it being a big deal. Which has proven to be a success. I do not want my children to ever get into the mindset that they can have someone else do everything for them, especially when they are capable themselves."