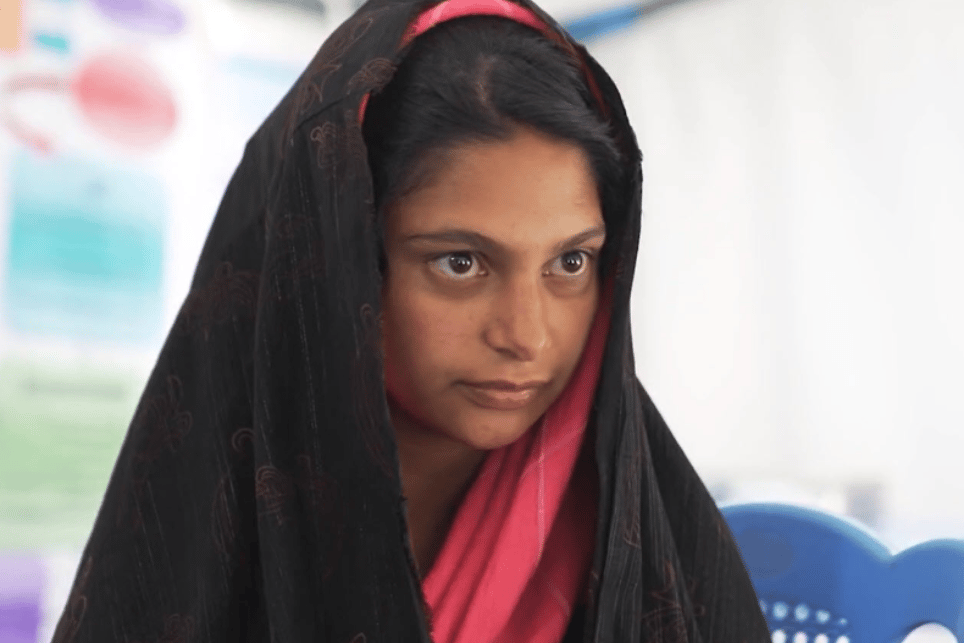 Fourteen year old Benesh was sold to be married for US$3000 when she was 11.

She didn't even know what marriage meant.

"I thought I was going to a fun picnic," she recalled three years later.

"That's when I was told: you are married now and this is your husband. You won't be seeing your family any more."

Benesh remembered crying. The children in her new husband's family kept attempting to play with her, to help her settle in. But she was just a child too.

Benesh now lives in an internally displaced persons camp in Badghis province, Afghanistan after a drought forced her from home. She spends her days making food and doing other chores, while watching as other girls her age still go to school.

When Benesh was 12, she fell pregnant for the first time. She now has an 18-month-old son named Besmelah and is pregnant with a second child.

"I didn't know what was happening to me, I didn’t know why I was feeling so sick all the time," she said.

"I see other girls my age playing, but now I have my own child to play with." 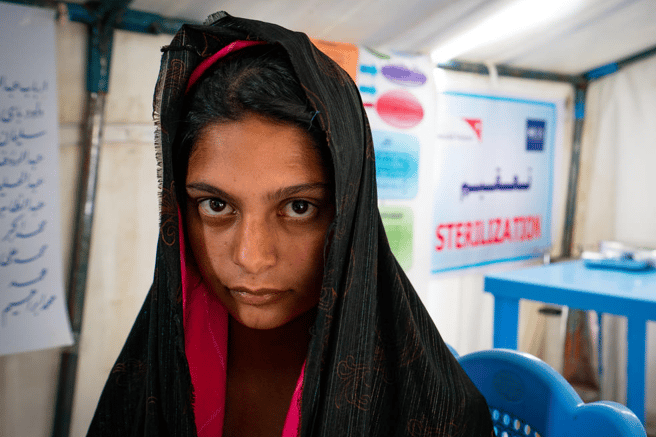 She receives antenatal healthcare at a mobile health unit, and is being taught there about contraception and the healthy timing and spacing of pregnancies.

Benesh has not had contact with her family for three years, but if she saw them again she knows what she would say.

"I would tell them that they shouldn’t have married me. Girls my age should not be married."

Child marriage must not be an inevitability in conflict.

Child marriage is an extreme response driven by desperation, and a failure by society and governments, both nationally and internationally, to prioritise child protection, World Vision's Stolen Future: War and Child Marriage in Northwest Syria report states.

In Benesh's case, the ongoing war with the Taliban and intense droughts have forced a million Afghans into camps like the one she lives in with her husband and son.

In Afghanistan, more than a third of girls are married off before they turn 18. In many cases, it is a means for a desperate, impoverished family to make money. Child marriage can be seen as a way of reducing financial hardship, through lightening the burden at home and bringing in income through dowry. 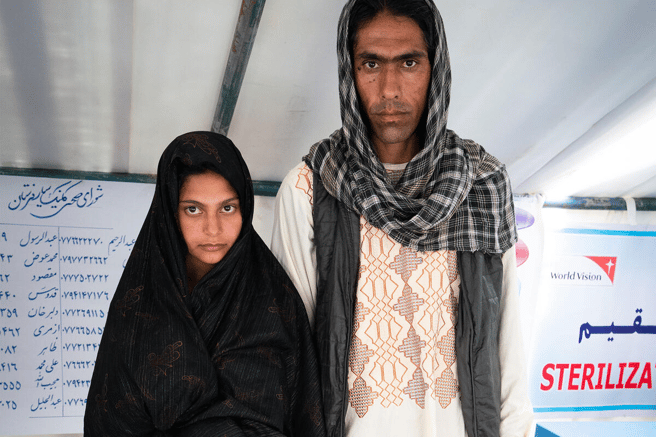 Conflict, humanitarian crises and the displacement they cause are a driver of child marriage globally. Girls Not Brides report nine out of 10 countries with the highest rates of child marriage are fragile or extremely fragile states.

Child marriage can also be due to a family's attempt to give their daughter protection in a chaotic situation, such as displacement camps (not taking into account violence against married girls is also high), and to protect honour. It is also representative of extreme gender inequality.

Early marriage harms the development and well being of children, and forced marriage is a fundamental violation of their human rights.

It leads to an early withdrawal from education, resulting in illiteracy. It can increase risk of physical and mental harm, such as early and complicated pregnancies, gender-based and domestic violence, and poverty.

In Syria, which is nearing 10 years of civil war, child marriage has increased in number and also in acceptance since 2011.

The Stolen Future report released this week spoke to 626 adolescent children, families, caregivers and community leaders in the country's northwest, and found 86 per cent believed child marriage had increased as a consequence of the war.

The report stated mothers believe child marriage has become more accepted in Syria, with social norms changing due to war, displacement and poverty.

"Society is very accepting of early marriages, and the rate of these marriages has risen substantially after the war due to poverty and repetitive migration. I do not accept the idea of early marriages, but nowadays it has become a necessity because it reduces the number of family members," one mother told World Vision.

The implications of COVID-19.

World Vision's COVID-19 Aftershocks report stated more of 13 million extra child marriages are predicted by the United Nations Population Fund to take place in the decade directly following the coronavirus pandemic. This is in addition to the 150 million already expected over the same time period.

That means at least four million more girls will be married in the next two years.

Hardships caused by the pandemic - such as the loss of incomes and livelihoods - will force families to find additional financial sources, including child labour and child marriage.

World Vision point to recent health crises like the Ebola outbreak in West Africa and the Democratic Republic of the Congo.

The United Nations Children's Fund's work covers five key areas; supporting the development and participation of girls, strengthening legal systems to protect the rights of children, researching to provide an evidence base to advocacy, policies and programs, strengthening services to help adolescents at risk of or affected by child marriage and raising awareness of the need to invest in and support girls, and shifting the social expectations that stifle their prospects.

Empowering and protecting children and ensuring they receive a full education will protect them from child marriage, offering them the chance to support themselves and live the life they choose.

Pregnant for the second time at only 14, Benesh is very clear about what she wants for her unborn child, especially if it is a girl: Education, and a chance for a better life.

Mamamia currently funds 100 girls in school, every single day, with our charity partner, Room to Read. You can read more about our partnership here. You can also donate to Room to Read here, or find out more at their website.